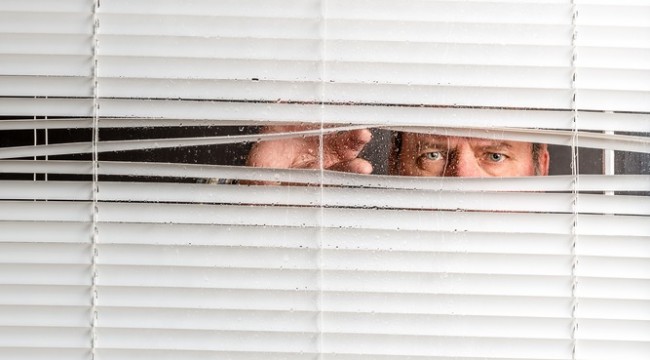 At the bitter end of a long, long argument about it, I stubbornly maintain that being paranoid and hostile is not, in any real way, related to my being such a sub-par husband and father, which, now that we are talking about it, is actually the result of a lot of other people (not naming any names) having wildly unrealistic expectations that were WAY too high. Like, by a mile, in most cases.

On the contrary, being paranoid and hostile is a natural, organic reaction, namely, where sections of one’s DNA turn on or off as a self-preservation response to the huge exogenous shock to the nervous system of the evil Federal Reserve creating so impossibly much excess money and credit that asset prices (stocks, bonds, real estate) have been inflated to unbelievable, unsustainable heights, and half the country is now receiving a government check each month.

These are, unfortunately, big, big, BIG, economy-exploding things that are now long, long overdue for a huge, painful correction back to, in yet another irritating spate of Mogambo Pointless Alliteration (MPA), some scattered semblance of sanity.

all the money, assets and debt… is a pile so big that not even Superman… could lift it.

Unfortunately, big deflations in asset prices would, at a leverage of 90% borrowed and 10% capital — or more! — cause instant, massive bankruptcy at the slightest downturn, since virtually all money is in the leveraged stock, bond and derivatives markets, whether you like it or not, which is kind of stupid of me to say since nobody would like it, which just proves how weird things are these days.

But who wouldn’t be an angry paranoiac after a lifetime of suffering treachery after treachery? Like, for example, how teachers, police, and court-appointed morons always immediately fixate on blaming me, as some mythical “bad parent,” for the misbehavior of my stupid children when they are accidentally left unsupervised for a few hours, or a couple of days, max.

Like all I have to do in life is watch a bunch of stupid kids, instead of out frantically scratching and scraping for more dollars with which to buy gold and silver to save the butts of the aforementioned stupid kids, and the sweet butts of their wonderful, delightful parents, when this whole bizarre, Keynesian-inspired deficit-spending stupidity finally destroys the world.

Or how about how I am always losing my stupid job? Why? Because the other employees secretly plot against me just because (they claim) I am lazy and incompetent so that they end up doing my work, too, even though we all know they hate me because I know that they are idiots who are not buying gold and silver in perilous economic times like these, even though I tell them over and over and over to do so. I mean, who’s the victim here?

Or how about all my neighbors being rude to me because they are hateful little rodent-people, bristling with resentment about being informed that they are stupid, as in one recent episode where I was charmingly friendly and convivial, casually asking a neighbor out mowing his stupid lawn, “Hey, moron! Are you buying gold and silver bullion because the evil Federal Reserve and all the other central banks of the world are creating so insanely much cash and credit, under the laughable delusion of Keynesian economic idiocies, that we are doomed to an inflationary collapse, or are you still a moron?”

And then they get all huffy because they refuse to understand. “Don’t be obtuse, you morons!” I haughtily say, knowing that they don’t know the definition of obtuse is to refuse to understand something, because then I would have something ELSE to throw in their stupid faces the next time they say to me, “Well, Mister Know-It-All Mogambo (MKIAM), you have been wrong about silver and gold for more than a year, so that anybody who listened to your stupid advice lost money, and they also lost all credibility by actually believing anything you said, you horrible man, whose own children think you are horrible, too, as revealed in the first paragraph!”

Like most Earthlings, they are morons about gold and silver, even though I have told them countless times How Things Always Are (HTAA), which is that you have to own silver and gold at the end of long monetary booms, and if you don’t, then you are a moron, regardless of any temporary aberrations caused by deliberate manipulation of the gold markets by the Federal Reserve. Nice and simple. So where’s the justice for ME?

But, mostly, my paranoia and hostility stems from contemplating the world’s One Big Problem (OBP). Namely, backbreaking debts created by central banks that are now so incomprehensibly huge, incalculably huge, so impossibly huge that it is an overwhelming sum, involving, as it does, virtually all the money, assets and debt in the Whole Freaking World (WFW), which is a pile so gigantically big that not even Superman, strange visitor from another planet with powers and abilities far beyond those of mortal men, could lift it.

And it’s all leveraged to the maximum, all-or-nothing hilt to magnify looming losses, with so much debt known and unknown, so many parts and players known and unknown, pandemic political corruptions and frauds known and unknown, with so many divided loyalties back-stabbing each other, with so many treacherous cross-currents, cross-ownerships, grudges and revenge blood-lust that it cannot possibly be understood except as the supreme, swirling, stinking cesspool of everything turning to valueless crap, stinking and swirling and spiraling down the old crapper, which, fortunately, is merely a problem of hydrologic engineering, which is VERY well-understood.

So, what’s new? Internal metrics of the stock, bond and housing markets deteriorating? Sub-zero bond yields? The Swiss voting on owning more gold? The evil International Monetary Fund (IMF) suggesting that we dump the fiat dollar and fiat euro in favor of a fiat Special Drawing Right (SDR) drawn on the selfsame IMF? Foreign countries forming trading blocs to the exclusion of the U.S. dollar? The Ebola virus being a Black Swan Event, or even a Butterfly Effect event? Asteroids plunging into the Earth? Volcanos erupting? Earthquakes? Drought? Invasions of ravenous vampire zombie space creatures from Mars?

It gets — yikes! — worse every day, in every way, and the only thing of which one can be absolutely sure, beyond a doubt, take it to the bank, is that the foul Federal Reserve, along with the other intellectually-corrupt central banks of the world, will create all the gigantic, exponential amounts cash and credit necessary to, if they have to, literally, buy up the entire stock market to keep prices high, just as they are doing for bonds. How can you NOT have stock market and bond market booms around the world when the central banks are busily creating the money and debt with which to buy stocks and bonds?

So you mock my paranoia and hostility, and my manic hysteria about buying gold and silver bullion? You ain’t seen nothin’ yet.

P.S. There’s only one solution that makes any sense when it comes to avoiding the Pure Economic Hell (PEH) we are all doomed to experience as the Fed continues to print money with impunity. And that’s to buy gold, silver and oil. But if you want a few more actionable ways to insulate yourself from the assured collapse of the global monetary system, your best bet is to sign up for The Daily Reckoning, for FREE, right here.