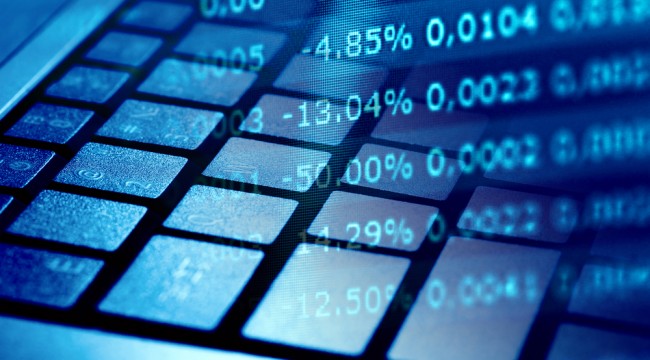 The list of markets where big players are cheating the rest of us (and each other) keeps growing. First there was the Libor interest rate, then foreign exchange, then gold. And now comes high-frequency trading (HFT), where Wall Street banks use supercomputers to monitor incoming stock market orders, analyze their likely impact on prices, and place orders ahead of those trades to capture a bit of the price impact. In an HFT-dominated market, individual investors get fractionally-less-favorable prices, which they seldom notice, while in the aggregate billions of dollars are siphoned each year from retail investors, pension funds and even some hedge funds to big Wall Street banks.

Since this practice adds absolutely nothing to the efficiency of the equity markets, and since “front running” is clearly illegal, HFT is a crime without offsetting social benefits. But Wall Street gets away with it — and will continue to get away with it — because the major banks and exchanges make a lot of money from it and donate sufficiently to both major parties to buy a degree of immunity.

Because HFT is the topic of Michael Lewis’ best-selling book Flash Boys, and Lewis is showing up on mainstream outlets like CNN and Good Morning America where he explains the con in layman’s terms, the powers that be now feel compelled to appear to investigate it.

Like the ongoing probes of Libor, foreign exchange and gold, the result will be more show than substance. A few fines will be paid and possibly a few mid-level quants will be sacrificed, while Wall Street’s bonus pool stays deep and wide. So HFT’s exposure, rather than being that big a deal in and of itself, should be seen as part of a pattern of systematic corruption, yet another brick in the wall that separates the financial/political/con artist class from the vast bulk of people who are being harvested.

But the fact that this scandal is being explained on mainstream outlets by a best-selling author means that it is reaching a much broader audience. Lewis isn’t preaching to the choir; he’s bringing the idea that the financial system is a rigged casino to people who hadn’t previously given it much thought. In so doing, he’s accelerating the shrinkage of the trust horizon.

This last term comes from Nicole Foss at Automatic Earth and refers to the process by which people gradually realize that their country’s big systems — the government, banks, national currency, etc. — have been captured/corrupted by people who now run those systems for their rather than the public’s benefit. Seeing this, individuals stop trusting those big systems and shift their attention and resources to people and institutions that they can see and judge face-to-face. They start buying local food rather than national brands, home school their kids, stop identifying with the two major political parties, put their money in local rather than money center banks, and buy hard assets like precious metals and farmland rather than financial assets like stocks and bonds.

When a critical mass of people start behaving this way the big systems are starved for capital and begin to fail. Banks go bust, governments run out of money, the currency collapses, etc. That day appears to be coming, and HFT may have given the trend a little added momentum.

Ed. Note: Agora Financial’s resident value investor, Chris Mayer, recently gave his own assessment of High Frequency Trading while attending the 2014 Value Investing Congress, in Las Vegas — an event where Michael Lewis himself gave a well-received presentation. And in the April 15th issue of The Daily Reckoning, readers were given a unique chance to read Chris’s detailed report before almost anyone else – as well as several chances to discover unprecedented profit opportunities. Don’t wait for any more great opportunities like this to pass you by. Sign up for the FREE Daily Reckoning email edition, right here to learn more.

This article was originally featured here at Dollarcollapse.com

Revenge of the Tech IPO: New Stocks are Heating Up

What happens when an ill-advised IPO gets whacked? Today, Greg Guenthner shares the best and worst tech IPOs– and one opportunity for quick profit.