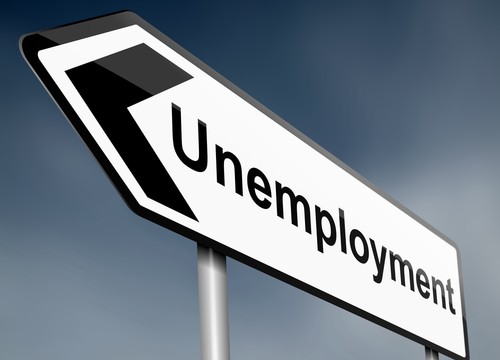 Hiding the Unemployed: Disability and the Politics of Stats

Some statistics cannot be understood without being set within a political framework, because they reflect politics as much as, or more than, they do reality.

The unemployment rate is an example and a cautionary tale.

According to the Bureau of Labor Statistics (BLS), the seasonally adjusted official unemployment rate for February fell to a four-year national low of 7.7%. While the White House cautiously congratulated itself, Republicans quickly pointed to what is often called the real unemployment rate; it stood at 14.3%.

The BLS looks at six categories of different data, from U-1 to U-6, to analyze employment every month. U-3 includes people who have been unemployed but who have actively looked for work during the past month; this is the official unemployment rate used by the media. U-6 contains data excluded from U-3, including part-time workers and the unemployed who have unsuccessfully looked for a job in the last year; this is the real unemployment rate.

Those politicians who want to take credit for lower unemployment thrust U-3 figures forward. Those who wish to deny them credit prefer U-6.

But matters may be even worse.

Now there is fresh reason to believe that even the 14.3% rate may be a considerable understatement.

The Disabled and the Unemployment Rate

National Public Radio recently published the results of a six-month investigation by reporter Chana Joffe-Walt: “Unfit for Work: The Startling Rise of Disability in America.” Joffe-Walt uncovered what she calls a “disability-industrial complex,” which spends more on disability payouts than on welfare and food stamps combined.

About a year ago, the New York Post reported that “more than 10.5 million individuals” received disability each month, and that the reserves will be exhausted in 2018. Joffe-Walt claims the federal government sends out approximately 14 million payments; Social Security’s disability fund is expected to run out of reserves by 2016.

On March 22, during an interview with This American Life, we learned that “since the economy began its slow, slow recovery in late 2009, we’ve been averaging about 150,000 jobs created per month. In that same period every month, almost 250,000 people have been applying for disability.”

What Explains the Rise in Disability Payouts?

The precipitous rise in disability claims comes from the unintended consequences of political maneuvering.

“The End of Welfare as We Know It” was announced in 1996 when President Clinton signed a reform act intended to move people off welfare rolls and into jobs. Clinton “encouraged” the individual states to push for the transition by making them fund a much larger share of their welfare programs. To encourage the individual recipients, the reforms also capped the length of time a person was eligible for welfare.

The incentive worked on the states, but not in the manner intended.

Each person on welfare became a continuing cost for a state, but each person who moved onto disability saved the state money, because Social Security disability insurance is fully funded by the federal government.

In her NPR report, Joffe-Walt indicates how aggressively the states shifted welfare recipients onto disability. She writes:

“PCG [Public Consulting Group] is a private company that states pay to comb their welfare rolls and move as many people as possible onto disability… The company has an office in eastern Washington state that’s basically a call center, full of headsetted women in cubicles who make calls all day long to potentially disabled Americans, trying to help them discover and document their disabilities.”

A recent contract between PCG and the state of Missouri offered PCG $2,300 per person it shifted from welfare to disability.

The incentive for individuals to leave welfare also worked, but, again, not in the manner intended.

Disability is easier to qualify for than welfare and has no time limit. Moreover, those on disability qualify for Medicare and other benefits, as well as receive payments roughly equal to a minimum-wage job. According to Joffe-Walt, only 1% of those who go onto disability leave to rejoin the workforce.

Conclusion: What Is the Actual Unemployment Rate?

If neither the official (U-3) nor the real (U-6) unemployment rate can be trusted, then how can we ascertain a more reliable rate?

A huge step would be to acknowledge the invisible unemployed who are not part of the current BLS calculations. They include not merely the so-called “disabled,” but also those who have left the workforce for other reasons.

CNS News noted of the February 7.7% unemployment rate: “The number of Americans designated as ‘not in the labor force’ in February was 89,304,000, a record high… according to the Department of Labor.” The economic trend-monitoring site InvestmentWatch concluded that the actual American unemployment rate — one that includes all unemployed — is around 30%. The site reasoned that “89 million not in the labor force = 29%, give or take, assuming the U.S. population is 310,000,000 + official unemployment 7.7%.”

It is not possible to render an entirely accurate unemployment picture. For example, the population figure of 310,000,000 used by InvestmentWatch almost certainly includes people under 16 who cannot legally work. Thus, the unemployment rate may be higher. On the other hand, many “not in the labor force” could be retired or otherwise voluntarily unemployed. Not enough data are available.

It is possible, however, to reject the official unemployment rate. And it is necessary to cultivate a healthy skepticism of statistics produced by politics, as so many are.