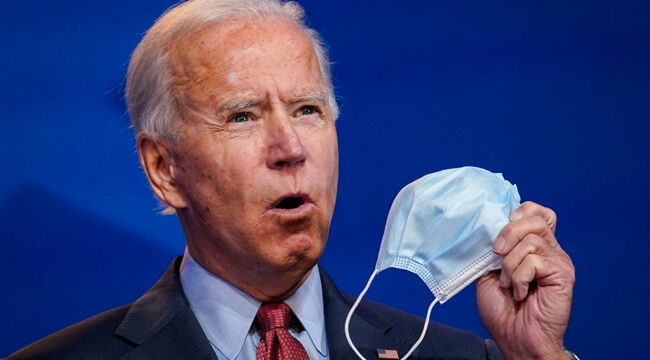 The Triumph of Politics Over Science

After World War II, as the economy was converted from a garrison state to meet civilian needs, economists predicted dire times.

Just as after World War I, conventional academic wisdom saw no upside to the end of wartime spending that, according to academic legend, ended the Great Depression.

A sweeping Republican victory in the Congressional election of 1946 had ended the economic regime of wartime government planning and spending. Dropping from 42% of GDP to 14%, government spending plummeted by a total of 61% between 1945 and 1947.

Some 150,000 government regulators were laid off, along with perhaps a million other civilian government employees. The War Production Board, the War Labor Board, and the Office of Price Administration were all dismantled.

Declared Cato Institute’s Arnold Kling in 2010: “As a percentage of GDP the decrease in government purchases was larger than would result from the total elimination of government today.”

Keynesian economists, working from their models, confidently predicted doom. In 1945, Paul Samuelson, likely the most influential economist of the later 20th century, prophesied “the greatest period of unemployment and dislocation which any economy has ever faced.”

Nominal GDP did drop a record 20.6% in 1946. But a drop in government spending after a war — whether World War I or II — has regularly unleashed a boom of private creativity and learning.

Government spending, however wasteful, is part of GDP and national income. But GDP numbers miss the reality of an economic resurgence.

In fact, 1946 marked the end of the Great Depression, which had continued during the war and was simply disguised by price controls and defense spending.

Just as it did after World War I — when a sharp depression in the income statistics gave way to the “roaring twenties,” while government spending plummeted and interest rates soared — the U.S. economy revived after World War II in a 10-year boom.

Taxes dropped drastically with the creation of the joint return, and the overall tax burden — measured by government spending — fell more dramatically than at any other time in American history.

The warnings of doom were thoroughly discredited and were said to be based on faulty models with faulty inputs.

Fast forward to today, and we’ve been subjected to a different set of faulty models and inputs.

The world has needlessly suffered from massive economic dislocations, and livelihoods have been destroyed as a result. Millions around the world face severe poverty and even starvation.

Lockdowns were prompted by terrified warnings of millions upon millions of deaths from COVID-19.

This model terrified politicians into beginning lockdowns, but it was completely without basis. Ferguson had used the same model to previously project the potential death toll during the 2005 Bird Flu outbreak.

At the time, he estimated 200 million people could die, but the real number was in the low hundreds.

Regardless, a great cry arose to “respect the science.”

In most cases, what this call actually means is “accept the model” — an algorithm claimed to predict outcomes accurately given the right inputs.

Models are wonderful things. We could hardly think without them. Models alone, however, yield no information and thus cannot be a source of scientific knowledge.

Models work by simplification, by abstracting away details that are merely contingent to get to an algorithm applicable to any formally similar circumstance. Essentially, all conceptual thought is some form of modeling.

Economics would be nowhere without certain extremely simple but valuable models, such as the “law” of supply and demand. That model basically says if there are only two demanded goods in an economy, one routinely bartered for another, and the supply of A goes down, buyers will have to give more of B to get A — assuming nothing else has changed.

Ok, but a reasonable fellow might reply, “well it’s only verifiable because it’s irrelevant. In the real world there are millions of products, many of which can substitute for each other. And that ‘nothing else has changed’ assumption is never true.”

He is right on all counts. All that missing information really would matter in the world, hopelessly messing up our model. And that gets us to the essence of all models, their usefulness, and their limits.

To isolate intellectually how changes in supply affect changes in demand, we create a drastically simplified version of the world. To get at an important truth, we assume a lot of untruths.

The result is a concept that’s very useful in our minds but of very limited use in predicting outcomes in the world. To make accurate predictions about the world, the modeler must identify every relevant variable and get every one of them right.

To observe that supply and demand generally have inverse effects on each other is wisdom. To trust an algorithm to predict how much platinum will buy how much pig iron a decade from now is folly.

Even models that can predict the future yield no information in themselves. Now, let’s turn to the use of face masks, which Dr. Fauci initially counseled against but later recommended, maybe even two at once.

What does the above discussion on models have to do with wearing masks in public?

We have a century of papers of observations, not models, showing mask use in the general public doesn’t work. This evidence is ignored in favor of models and theory that insist masks do work.

So they told everyone to wear masks in favor of the models, not the actual observations.

The best experiment was the Danish one, which tracked how people actually use masks after being instructed in their proper use. Results?

But guided by “the science,” in other words the models, the politicians got behind the masks.

They’ve used mask-wearing as a tool to browbeat you into more mass hysteria, to continue the panic and keep the madness going.

“My major shock was discovering how much sheer stupidity exists in the population, particularly among the political class,” says Jeffrey Tucker, the editorial director of AIER — the American Institute for Economic Research.

In his stirring recent book Liberty or Lockdown, he summed up the stupidity as a stream of imbecile commands and urgent exhortations:

“Only gather in groups if you are protesting Trump!”

His list continues, citing examples mandating gloves in nail salons and masks for five-year-old’s, even though dozens of studies show masks are futile in resisting a virus and five-year-olds are immune to COVID-19.

Masks on children may well impair the development of the crucial part of the brain that recognizes faces and facial expressions and renders us social beings rather than sociopaths.

Jeffrey Tucker is right. I too have been shocked by the skyscraping towers of sheer idiocy, blocking out the sun with its immune-boosting vitamin D and common sense.

Today, like long ago, we face a similar period of depression imposed by government policy. As many as one-third of small businesses have closed, and GDP has collapsed, as it did after the world wars.

Many economists believe that only multi-trillion-dollar increases in government spending can compensate for private sector depression, just as they said after WWII…

But only real innovation and entrepreneurial creativity can propel economic revival. Oceans of government spending, by contrast, result in waste and distortion, corruption and malinvestment.

What we will need after the COVID panic is a new, liberating Congress, like the one that entered office in 1946.

Unfortunately, we won’t be getting one anytime soon.