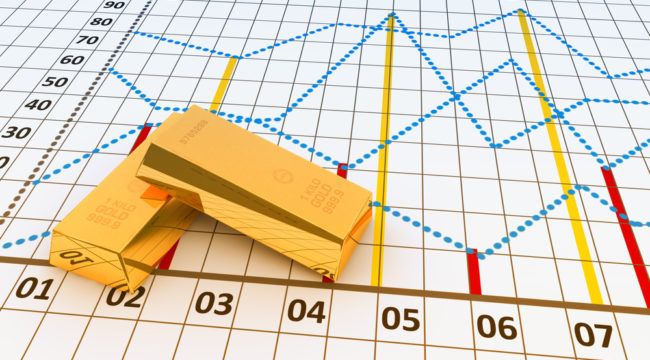 A Hero Returns to Wall Street

He has risen from the grave… with a thirst for blood.

The scourge of Washington, the fiend of Wall Street, this boogeyman’s return has markets wriggling in exquisite torture…

Rumors of his return were at least partly responsible for Monday’s record 1,175 point bloodletting.

His stomping footsteps were heard again yesterday afternoon… and stocks sold off violently.

Who is this creature?

And what does he want?

After a roaring 567-point spree Monday, the Dow Jones rattled off another 381 by late morning yesterday.

Then came the footsteps… the market shrieked… and the Dow closed the day 19 points in the red.

What was the trigger?

The deal strikes the fiscal handcuffs from politicians’ wrists… and liberates them to do what they do best — spend other people’s money.

If it passes, the deal raises federal spending $300 billion over the next two years — while taxes are being cut.

The hawks will get their guns…

The doves will get their butter…

And fiscal responsibility will get the shaft.

And inflation, long dormant, could retake the stage.

Enter now the protagonist of our ghoulish tale…

“If the fiscal and monetary authorities won’t regulate the economy,” said Yardeni, ”the bond investors will. The economy will be run by vigilantes in the credit markets.”

The Federal Reserve overheated the printing presses in the ’70s.

Inflation gnaws at the value of bonds.

And no bondholder wants to see inflation reduce his bonds to sawdust.

In protest, they threatened to sell their bonds en masse.

But Paul Volcker entered the scene in 1981 and raised interest rates so dramatically he licked inflation by 1983.

The bond vigilantes sank into hibernation.

A certain fellow from Hope, Arkansas planned to spend the economy into prosperity.

But the vigilantes stuck a gun in his ribs…

As a result, the bond vigilantes forced Clinton “to scale back an ambitious domestic agenda,” in Yardeni’s words.

Such was their power, Clinton henchman James Carville adjusted his reincarnation plans:

But massive central bank bond purchases, especially since the financial crisis, have hammered bond yields down and down.

Inflation was reduced to a ridiculous rumor.

And the bond vigilante was laid away for good.

Or so it was thought…

The bond vigilante is out of his grave… and back on the prowl.

The recent sell-off demonstrates the pass the bond market gave the U.S. over fiscal profligacy is coming to an end… Add to that the massive tax cut — likely well beyond $1.5 trillion addition to the deficit — and the bond market is appropriately demanding higher interest rates.

If yields cross the 3% Rubicon, many believe the stock market goes to pieces.

Rising yields increase borrowing costs and the cost of debt — a millstone around the neck of today’s debt-soaked markets.

Yields rose to 2.88% this morning, resuming their assault on 3%.

And the market once again took to panicked flight.

The Dow ended the day down a ghastly 1,032 points.

And so we find the bond vigilante locked in raging combats with Washington… and Wall Street.

Strength to his arm! is our cry.

Here is the watchman of fiscal honesty… here is the sentinel watching over the national purse.

Here is Horatio on the bridge, taking his defiant stand for the Republic.

He may be the only reliable check against runaway federal spending.

Thus do we raise a robust hymn of praise for the bond vigilante.

Of course, he could potentially drag the stock market much lower.

But if it sinks under the weight of sound finance…

What does that say about the stock market?