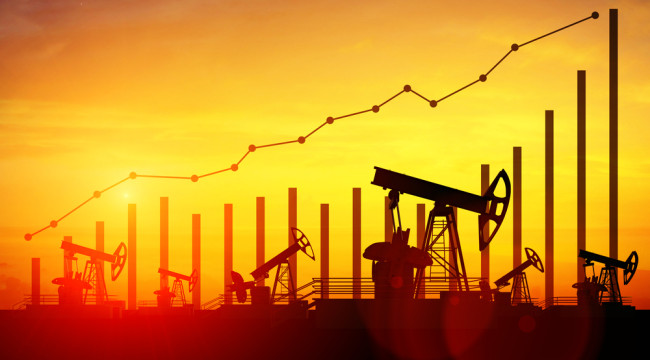 Here’s the Oil Trade You Should Be Making…

A few months ago, I told you about Dennis Gartman’s especially bearish call on oil…

Gartman’s the publisher of The Gartman Letter, a popular investing newsletter.

And back in January, he made an astonishingly bold prediction about where the price of oil was headed.

Gartman told a national TV audience that “crude oil will not trade back above $44 in my lifetime.”  It was trading at roughly $28 at the time.

That was a ballsy move.

But as I write this, oil is trading at more than $48 per barrel.

So that means one of two things has happened…

Either Gartman is dead… or his oil prediction was horribly wrong.

For Gartman’s sake, I hope it’s the latter.

I haven’t heard any reports of his demise, which is great. He’s been a guest on my Trend Following podcast. And he seems like a nice guy.

But he’s also one in a long line of “experts” who’ve been wrong about oil.

Just consider what happened in 2014…

In early 2014, Bloomberg’s survey of the “most accurate” oil price forecasters called for a price of $105 per barrel at year-end.

A similar survey by the Wall Street Journal had oil at $95 per barrel for the same period. Morgan Stanley predicted $107. And Goldman Sachs was at $100 per barrel.

It suffered a historic crash to $57 per barrel, down from $106 at the start of the year.

In fact, it was only the third oil price crash since OPEC’s formation in 1960.

What’s worse, even when clear signs of a declining price trend smacked all of the “experts” in the face, they still got it wrong.

Have a look at the chart below… 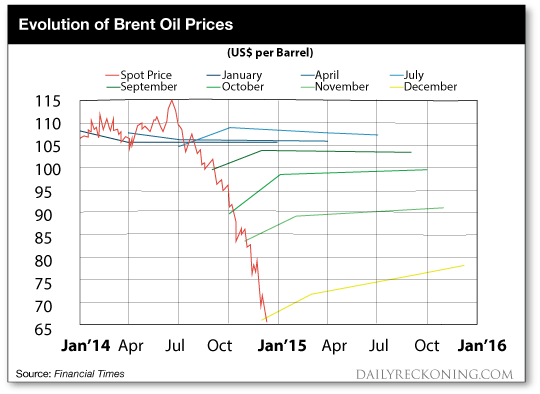 During the historic oil crash in late 2014, energy analysts’ 3-month and 12-month forecasts could not have been more wrong.

They guessed wrong the entire way down. And things haven’t gotten any better since.

In March 2015, not a single economist polled by the Wall Street Journal predicted an oil price below $50 per barrel in 2016.

Bottom line, no one got it right.

How to Play Oil for Profit…

Let’s face it, nobody knows where the hell oil will go next.

But that hasn’t stopped intelligent people from making nowhere-close-to-accurate predictions.

The overwhelming majority of analysts are now bearish on oil, despite the fact that crude has been creeping higher week after week.

So what’s a trend follower to do?

Well, if we’ve learned anything from oil over the last few years it’s that its price movements will fluctuate and trend wildly over time.

And that means it’s a great sector for us to trade.

Large and unpredictable price fluctuations are our trend following lifeblood. They create the massive waves that we like to get in on as early as possible and ride out for big gains.

And one of those waves looks to be forming now with Energy Select Sector SPDR ETF (NYSE:XLE).

Based on my trend following system, XLE is in an uptrend. That means it’s time to follow the trend.

If you buy shares of XLE, make sure to place your stop-loss at $65.22. This stop-loss is based on a weekly closing price. So sell XLE if it closes below the stop on a Friday.

And be sure to ignore any and all oil price forecasts you hear going forward.

The only thing you can trust to tell you what to do next in the energy sector is the price.

The price is not an opinion and can’t lie. It’s the only truth you got.

Please send your comments to me at coveluncensored@agorafinancial.com. I want to know what you think about today’s trade.

Did a Leak From the Fed Save the Stock Market?

After plunging 700 points yesterday, the Dow Jones recovered nearly all its losses after a mysterious last-minute rally… “Looks like a planned leak to the WSJ”…