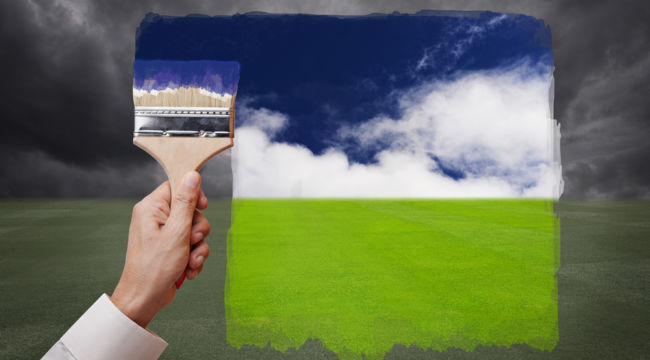 Have We Been Wrong All Along?

Today we confront a rather distressing possibility — that this world may be in far better condition than we have previously supposed.

But we begin with a diagnosis:

The air at 28,000 proved too thin for the Dow Jones Industrial Average.

The index has retreated to the 27,800 elevation. There it presently rests, breathes and consolidates.

Both S&P and Nasdaq have also found sturdier footing beneath recent heights.

We suspect additional Federal Reserve “open market operations” will fill their lungs for the next assault upon the peaks.

But to return to today’s question:

Is this world in far superior condition than we have previously imagined?

Certainty in an Uncertain World

In our customary telling the world gutters along in steady ruin, botched beyond hope.

By day, by hour, by minute… it rots down inexorably and unerringly.

They may be unpleasant realities, yes.

But they confirm our distrusting biases.

They offer us the reassuring warmth of certainty in an uncertain world… like a crackling fire on an arctic winter night.

But does the world actually exist in better condition than ever?

We must consider the possibility. Look first to warfare…

“The Most Peaceable Era in Our Species’ Existence”

The percentage of individuals violently slain in prehistoric and stateless societies ranges between 5% and 60%.

And the present post-WWII era?

It is the longest without major power conflict since the Roman Empire.

Argues Steven Pinker, author of The Better Angels of Our Nature: Why Violence Has Declined:

“Today we may be living in the most peaceable era in our species’ existence.”

Thus he invites you to disbelieve your lying eyes and ears.

Just so, you say. But what about poverty? Is not much of the world sunk in deepest poverty?

“Extreme Poverty” Has Never Been Lower

In 1990, nearly 2 billion people wallowed in “extreme poverty,” as defined by the World Bank — or 36% of humanity.

In all, over 1 billion earthlings have stepped up from extreme poverty since 1990.

If it is progress you seek, here you are.

Next we come to a recently hatched economic theory — the theory of “time-prices.”

It is the work of economists Marian Tupy and Gale Pooley.

Time-prices simply calculate the amount of labor required to purchase commodities and products.

Here is what Tupy and Pooley’s researches reveal:

That is, the world’s workers have had to slave less and less time to acquire the same wherewithal. In their words:

We [looked] at 50 foundational commodities covering energy, food, materials and metals. Between 1980 and 2017, the real price of commodities fell by 36% on average…

Let us provide a cement example of time-prices…

How Long Must an Average Blue Collar Work to Pay for Thanksgiving Dinner?

Next Thursday is Thanksgiving Day. How much time must the average blue-collared American slave for this dinner?

In 1986 this serf toiled 32 minutes to pay for his turkey and all the victualry that attends it.

That same average blue-collared American will put in merely nine minutes of labor to pay for next Thursday’s enormity.

“Futurist” and technologist George Gilder has fallen upon time-price theory with a fearsome zeal… like a man newly converted to the One True Faith.

The Bright World Seen Through the Prism of Time-Prices

They vanish into nonexistence when you come at them with the time-price theory, argues Gilder:

The history of time-prices suggests that most of the deflation in free economies is a benign reflection of learning curves and entrepreneurial inventions…Time-prices tell us that the global economy is in the midst of a fabulous period of technological innovation.

Zero or negative interest rates, for example, fall to pieces under time-price theory.

Put on your time-price bifocals, says Gilder. You will then see today’s interest rates are healthily positive:

Measured by the number of hours and minutes a blue-collar worker has to spend to buy the 50 commodities most vital for human survival, prices have been dropping at a rate of 3.4% per year. That means, in real terms of hours and minutes rather than dollars and cents, a zero-interest-rate translates into an utterly normal 3.4% rate.

We had better stop here… lest our cherished theories of doom endure additional battering.