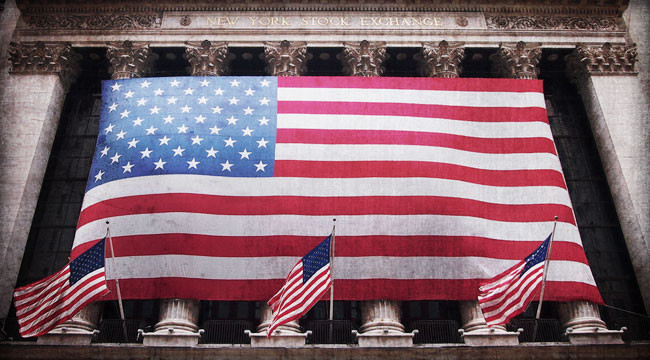 Gross Mistakes About the Heart of Capitalism

The other night, I tuned into The Flaw, a 2011 documentary about the 2008 financial crash.

While telling the crash story, the movie flashes in and out of a street tour offered by an ex-mortgage bond trader. The young man has the required effervescence to keep a dozen tourists entertained while they look at nothing more interesting than office buildings. He cleverly lets members of his tour touch a toxic asset. Well, a page of the legal document of a collateralized debt obligation (CDO), anyway.

The camera pans to tourists taking pictures next to Charging Bull, the 7,100-pound bronze sculpture closely associated with Wall Street. The guide starts his tour saying what has become a worn out cliché. “Welcome to Wall Street; this is the heart of American capitalism.”

But is Wall Street really the heart of capitalism?

People want to direct their anger at Wall Street and blame the crash on investors and traders. But Wall Street is not synonymous with capitalism and markets.

If we understand capitalism as a social system of individual rights, a political system of laissez faire, and a legal system of objective laws, all applied to the economy with the result being a free market, is Wall Street really capitalist?

Of course, all of these acts weren’t enough to prevent the crash of 2008, so we now have the Dodd-Frank Wall Street Reform and Consumer Protection Act of 2010 and the Jumpstart Our Business Startups Act of 2012. That seems like a whole lot of regulating for something that’s supposedly a capitalist marketplace.

Back when lawmakers were pithier in writing legislation, the Securities Exchange Act of 1934 ran 371 pages. Dodd-Frank totals 848 pages. This mountain of paper and regulation is anything but laissez faire. Thousands of government employees are charged with enforcing these byzantine rules. Does this sound like the deregulated, Wild West Wall Street we’re told brought the nation to its knees?

When investment banks Goldman Sachs and Morgan Stanley were in danger of failing in September 2008, they applied to become commercial banks; their applications were quickly approved. Even in the boom times, bank charters normally took a couple of years to be approved. Now it’s impossible. The last de novo charter was approved in the fourth quarter of 2010.

While The New York Times made a big deal of the additional regulations the banks would have to endure, these banks were rescued as the FDIC insured their deposits, stemming a possible run. The change also allowed the banking behemoths to borrow from the Fed against a wide array of collateral. No one can call this “survival of the fittest” capitalism.

Much of the business on Wall Street is bond business. As of a couple years ago, the bond market totaled $32.3 trillion. Just over half this market is corporate, mortgage, and asset-backed bonds. Government, municipal, and agency bonds make up 44% of the market.

The trading of government and mortgage bonds can be considered capitalism, but the instruments traded certainly aren’t the spawn of free markets.

The 30-year mortgage would not exist without government. Before the Depression, home loans were short term. Residential mortgage debt tripled during the roaring ’20s, however, and “much of this financing consisted of a crazy quilt of land contracts, second and third mortgages, high interest rates and loan fees, short terms, balloon payments, and other high-risk practices,” explains Marc Weiss in his book The Rise of the Community Builders.

Mortgage lenders would often lend only 50% of a home’s cost and often for only three years. But from the National Housing Act of 1934 emerged the Federal Housing Administration (FHA), with the intent being to regulate the rate of interest and the terms of mortgages that it insured, or in the words from the FHA’s first annual report, “to bring the home financing system of the country out of a chaotic situation.”

The FHA standardized housing and financing through its Underwriting Manual, which required homes to be built and financed by the book. The FHA initially insured mortgages for 20 years at 80% of cost. This was eventually increased to 30-year, fully amortizing terms and 97% loan to cost.

The FHA believed its appraisal process would expose inflated values and risky properties. Of course, the agency would claim not to dictate development practices. “The Administration does not propose to regulate subdividing throughout the country,” the FHA’s 1935 handbook Subdivision Development claimed, “nor to set up stereotype patterns of land development.”

However, the handbook’s very next sentence states, “It does, however, insist upon the observance of rational principles of development in those areas in which insured mortgages are desired.”

James Moffett, who headed the FHA in 1935, said his agency, by guaranteeing mortgages, “could also control the population trend, the neighborhood standard, and material and everything else through the president.”

After World War II another mortgage guarantee program was born so war veterans could more easily obtain credit. The U.S. Department of Veterans Administration (VA) loan program started modestly, guaranteeing only 50% of a loan up to $2,000 for 20 years. Today, veterans can borrow up to 102.15% of a home’s sales price.

Fannie Mae was created by the government in 1938 to provide a secondary market for mortgages. After the Civil Rights Act of 1968, the government established Ginnie Mae to buy FHA loans originated as a result of the Fair Housing Act. In 1970, Congress authorized Fannie Mae to purchase conventional mortgages and chartered Freddie Mac to also purchase mortgages under control of the Federal Home Loan Bank Board.

Fannie and Freddie were taken over by the government during the financial crisis, and the FHA is in financial trouble.

Ironically, at the height of the housing bubble, government backed fewer than 40% of mortgages. Since the crash, as Jesse Eisinger wrote for ProPublica last December, “With little planning and paltry public discussion, the government has almost completely taken over the American home mortgage market.”

“It is creeping nationalization,” says Jim Millstein, an investment banker who worked in the Obama administration’s Treasury Department as the chief restructuring officer.

Speaking just weeks ago in Phoenix, the current president laid out five steps to heal the housing market and promote homeownership. The president urged Congress to pass a bill allowing every homeowner to refinance at today’s low interest rates. Second, he said, “Let’s make it easier for qualified buyers to buy homes they can.”

Reforming immigration, putting construction workers back to work, and creating adequate rental housing were also part of the president’s pitch.

Defending the 30-year mortgage in The Washington Post, Mike Konczal writes, “It would be nice to imagine that the ‘free market’ will just take care of this issue. But remember that the housing market is created through a huge web of government policy.”

And if there wasn’t enough government involvement in the housing and mortgage markets already, the Federal Reserve’s third round of quantitative easing (QE3) policy consists of the central bank purchasing $85 billion per month of Treasury and mortgage-backed securities.

Since its founding 100 years ago, the central bank’s manipulation of interest rates has distorted asset values and misdirected capital, working contra to where free markets would funnel resources.

Near the end of The Flaw, tour guide Andrew Luan is asked if he feels any responsibility for the financial crisis. He looks away from the camera nervously and contemplates. While he doesn’t answer verbally, the cheerful tour guide’s face becomes etched with guilt.

However, Mr. Luan has nothing to be sorry for. People want to direct their anger at Wall Street and blame the crash on investors and traders. But Wall Street is not synonymous with capitalism and markets. It was government intrusion and regulation over many decades that caused the crisis. We know this. Yet the counternarrative persists in the public mind.

Sadly, rather than get out of the way, increased government interference keeps capitalism from doing its regenerative work. This keeps the crisis fresh in people’s minds, the search for scapegoats heated, while the punk economy lingers.

Ed. Note: Tired of government regulation getting in the way of free markets? You’re not alone. Readers of Laissez Faire Today are part of an open forum that regularly discusses liberty, freedom and how to grow wealth despite increased government interference. Every day, this free email reaches over 90,000 people and gives them each a chance to profit from the most pressing issues of the day. If you’re not yet receiving Laissez Faire Today, you’re missing out. Sign up for FREE, right here, and never miss another opportunity to grow your wealth in these uncertain times.

Today America’s no.1 futurist, George Gilder, outlines his new theory of capitalism and shows you why economics isn’t about material things, but information.