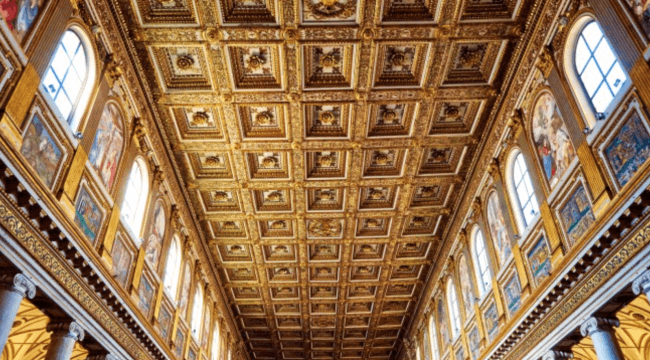 Gold Prices: A Bit Too Quiet For Comfort

Though below the market’s consensus forecast (which was for flat zero), it’s hardly earth-shattering news.

Still, it’s one more square in the mosaic. Another evidence point for those making the stagnation/deflation case I touched on yesterday.

Given the backdrop of falling and negative inflation rates, perhaps the last thing I should write about today is gold – an investment traditionally associated with hedging against inflation.

So let’s do that.

Because sometimes it’s the dog that doesn’t bark that ends up… you know what, this metaphor has failed. But you get my point. Gold’s not demanding attention right now. So my attention’s drawn to it.

The (Contrarian) Signals Are That Gold Might Move Higher Soon

My old boss at BullionVault, Adrian Ash, put out an interesting note on this yesterday.

It’s worth reading for two reasons. Firstly, he has a dig at some of the arguments you find on the internet about gold that really get on my nerves.

You know the kind of thing – “Buy gold because it’s about to go higher… any day now… forget I told you that last year.”

More relevant to those interested in the precious metals markets, Adrian notes a few signals that suggest we may, just may, be witnessing an unheralded turning point.

For one thing, we have the contrarian signal coming from the consensus.

“The Western media – and many industry professionals – are now utterly bearish, even when price action improves” says Adrian, citing yet another investment bank downgrading its gold price forecast (UBS, since you ask).

I tend to agree. I remember that bullishness well, and how it persisted well after gold hit its peak in dollar terms in September 2011 (nerd fact of the day: the gold price in euros didn’t hit its high for another twelve months).

The contrast with today is stark.

Then there’s the shift in thinking on monetary policy that’s taken place since the Federal Reserve’s non-action last month.

Going into 2015, it was nailed on cert that interest rates would start rising in the US, and probably the UK too, some point this year.

This view has been replaced by concerns about the strength of global growth, along with bold new ideas about how to ease policy further (for more on this see John Redwood’s take on negative interest rates).

Gold has tended to do well when real interest rates (i.e. adjusted for inflation) are going lower. For the last few years they’ve been going higher (because inflation has gone down while rates haven’t moved).

That may change, with or without inflation.

Finally there’s the price action in gold itself.

Confirmation bias from someone whose business is gold?

Possibly. But I know Adrian, and he’s as level headed as they come – and has a healthy scepticism of the precious metals cheerleading you see in other quarters.

Of course, if you hold gold as just-in-case crisis insurance (something I advocate, and I know Adrian does too), then the price action may be of secondary concern.

We shouldn’t forget that after the 1970s bull market gold watchers had to wait twenty years for another one to start.

But whenever the next big upturn starts, I suspect it will look eerily calm just beforehand. Like it does now.

David looks at how the Bank of England have rigged the markets by keeping interest rates at historically abnormal levels – and how this affects investors in the UK (as well as how you can respond).

I can’t share this with you because I’ve only just been sent the raw copy. But it’ll be in the next issue of Strategic Intelligence, which is out later this week.

If you’re not already signed up, you should join today to make sure you get a copy when it comes out.