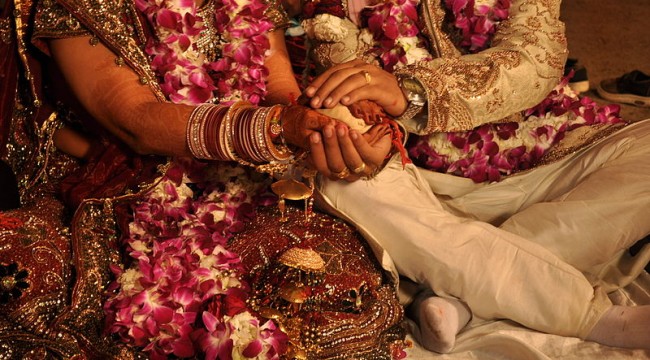 Gold and Health Care Stocks Get a Clean Bill of Health

Even though the Federal Reserve announced last week that it would wait a little longer to raise rates, spooked investors fled to gold bullion, helping to drive prices above $1,200 an ounce. It was the greatest single-session surge by percentage in nearly a month and a half for the yellow metal, widely seen as a safe-haven investment.

As I told MarketWatch, $1,200 is an important threshold for gold miners because it helps increase profitability and spur production.

The market move can be attributed not only to the fear trade—interest rate jitters and the Greek financial crisis—but also to the love trade. Heading into late June, the yellow metal has historically hit a trough and then rebounded on account of the approaching Indian festival and wedding seasons, a traditional time for gold gift-giving.

I mentioned in a recent Frank Talk that in all but two of the past 27 years, gold and gold equities enjoyed a late summer rally, and that between 2001 and 2014, the metal posted an average 14.9-percent gain between midsummer and mid-autumn.

At the same time, it’s important for investors to keep in mind that gold has its own DNA of volatility. For the 12-month period over the last 10 years, gold’s volatility has been plus or minus 19 percent.

Other factors that could be influencing gold markets right now are China and, believe it or not, the State of Texas. The Asian giant is buying massive amounts of the metal to back the renminbi, which it purportedly wants to elevate to a world-class reserve currency.

Similarly, Texas will be bringing home between $650 million and $1 billion worth of bullion from the Federal Reserve, as it’s in the early stages of creating the first state-run gold depository.

Besides gold, we’re also finding strength in health care, the best-performing S&P 500 Index sector for not only the week but also the one-, three-, five- and 10-year periods.

It’s easy to see why. According to health care information and technology company IMS Health, total pharmaceutical spending around the globe is expected to reach $1.3 trillion in just three years’ time. Although the U.S. remains the largest market in the world, China is set to experience the largest spending growth as its population continues to swell and incomes rise.

Indeed, in many parts of the world, the fastest-growing demographic is those aged 65 and older, a cohort that is much more likely to be prescribed medicines and require other health care treatments and services. Because of rising life expectancy, the number of centenarians—those over 100—is projected to grow 10-fold between 2010 and 2050, according to the National Institute on Aging.

As a result, the number of people over 65 will, for the first time ever, make up a larger percentage of the world’s population than those under five. This bifurcation should continue to widen as even more people live longer and reach advanced ages.

Last year, health care companies benefited from a series of business deals, all of which totalled a record $114 billion. We’re only halfway through the year, and already we’ve seen close to $100 billion worth of mergers, acquisitions and other deals, one of the biggest being CVS’s takeover of Target’s pharmaceutical business for $2 billion.

Valeant, maker of a wide range of best-selling drugs, has managed to expand over the years through a host of strategic acquisitions, including eyecare company Bausch + Lomb and specialty pharma company Salix Pharmaceuticals. It’s reported that a Valeant insider has recently purchased $1.8 million in company stock, usually a good sign of future growth.

Meanwhile, Cigna shares had a boost when the market learned that rival insurers Anthem and Aetna expressed interest in buying the Connecticut-based company.

Because of a growing (and aging) population and the emergence of a truly global middle class, we see health care as a strong performer for the long-term. Along with information technology and consumer discretionary, we are overweight health care right now, which has helped MEGAX beat its benchmark, the S&P Composite 1500 Index, year-to-date.

This Asset Class Could Earn You More Income Than Treasuries, and It’s Tax-Advantaged

In a recent Barron’s article, investors are reassured that even though the municipal bond market has contracted for the last three months largely because of interest rate concerns, now might be a great time to get into shorter-term munis. In fact, according to Bloomberg, households are increasingly moving away from individual muni bonds and into actively-managed muni mutual funds.

Seekers of fixed income, Barron’s says, can earn more “from a triple-A rated muni maturing in 15 years than they can from a Treasury—roughly 2.8 percent versus 2.6 percent.”

The muni, moreover, is tax-free at the federal level and, in many cases, the state level.