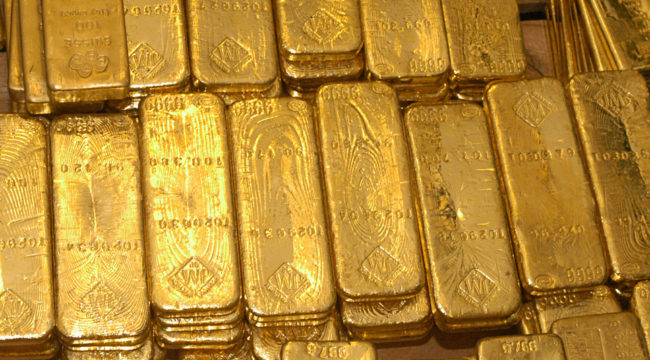 The Federal Reserve would like to continue “normalizing” interest rates. But the most recent economic data simply does not justify it.

On Sept. 29, the August core PCE year-over-year (YoY) inflation figure was released. And the data came in exactly as I expected. YoY inflation for August was just 1.3%, down 0.6% from the January reading of 1.9%. That marked eight consecutive months of flat or lower readings.

Needless to say, the Fed is miles away from their 2.0% target. They’re actually moving consistently in the wrong direction.

Second, the September employment report came out the Friday before last. A Reuters survey of economists had expected the economy to add 90,000 jobs in September.

How many did it really add?

Not zero, but less than zero. The economy shed 33,000 jobs last month. This was the first time in seven years that the U.S. economy lost jobs.

Now, that may be partly due to the recent hurricanes that struck Texas and Florida. But coming on top of the weak inflation data that also came out, it will certainly give the Fed more than enough reason to hit the “pause” button on a December rate hike.

But incredibly, right now markets are giving a nearly 90% chance of a rate hike in December based on CME Fed Funds futures. That rate will drop significantly by December 13 when the FOMC meets again with a press conference. (There’s another meeting on November 1, but no one expects any policy changes then).

Once the market wakes up to the real state of play, probably in late November or early December, the current trends will suddenly reverse. You’ll see the dollar down and gold, euros and bond prices up.

On that score, one of the largest and most conservative wealth managers in the world, Pictet Group, based in Geneva, Switzerland, offers a very constructive view on gold.

Pictet’s strategist, Luc Luyet, says that the Fed will be on hold for the rest of 2017 and most of 2018 because of U.S. disinflation and the failure of President Trump to deliver on his growth agenda. I agree.

With the Fed in easing mode, the dollar will weaken and the dollar price of gold will remain strong. This is a fundamental case for gold that does not take into account other positive vectors such as geopolitical shocks from North Korea or outright assaults on the dollar from Russia and China (see below for more on these).

When a conservative institution like Pictet Group has a kind word for gold, you know the rest of the institutional world will not be far behind.

This all makes the next few weeks an excellent entry point for gold and gold mining stocks. You have a chance to take advantage of weakness and position ahead of the rally to come when reality sets in.

Another tailwind for gold is the continuing nuclear standoff with North Korea, as I hinted at above.

There is no doubt that North Korea and the U.S. are on a collision course and headed for war unless North Korea relents, which seems unlikely, or the U.S. acquiesces to North Korean possession of nuclear weapons, which is also unlikely.

At this point, it’s almost certainly too late for negotiation or diplomacy.

The U.S. only has two choices now. The first is to do nothing and learn to live with nuclear blackmail from North Korea. As I said, that is unlikely. The second option is to attack, probably within the next six months, to destroy the Kim regime and its weapons programs.

You don’t even need to ask what will happen to gold prices in that scenario. They’ll skyrocket and then much higher from there as the repercussions begin.

This is just another reason to acquire physical gold and gold mining stocks if you don’t already have them is now.

Another key gold story last week was a report that China has upped its estimate of proven gold reserves to 12,100 tonnes. This report was the source of a lot of confusion among those who follow China, Russia, gold and the status of the U.S. dollar.

Some readers took the word “reserves” to refer to China’s official gold reserves held by the People’s Bank of China and its off-the-books sister entity, the State Administration of Foreign Exchange (SAFE). That’s incorrect.

China’s official gold reserves are about 1,800 tonnes, but may be as high as 5,000 tonnes once off-the-books gold is counted. Some think it’s even higher.

But the report refers to “proven reserves,” which is a geologic (and engineering) concept familiar to the mining community. Basically, it’s an estimate of how much gold is buried in the ground in China and could feasibly be mined at current prices with current technology.

12,000 tonnes is still a lot of gold, but it will take 10 years or more and billions of dollars to dig it up and refine it. Even at 1,000 tonnes per year (double China’s current rate of production), this only increases gold supply about 0.5% per year. That would happen in conjunction with a diminution of gold output from traditional sources such as South Africa.

So increased Chinese gold production may replace diminished South African production, but it does not signify a major increase in global production. It’s worth noting, but not a game changer.

Still, the timing is curious because it comes just two weeks after China launched its oil-for-yuan attack on the petrodollar, with the yuan backed up by gold available from the Shanghai Gold Exchange.

In order for the oil-yuan-gold deal to be credible, China needs to show that it could deliver physical gold to the exchange without touching official reserves. This report makes it clear that China will have ample internal gold supplies for years to come. This adds credibility to its plan to price oil in yuan convertible to gold.

If China relied exclusively on gold imports, it could be strangled by gold sanctions aimed at China by the U.S. and its allies such as Canada and Australia. Instead, China looks ready to go it alone with its own gold. That’s a very big deal and one more nail in the petrodollar’s coffin.

This is just one more reason to position in gold before this horse leaves the barn.

Finally, we need to consider the difficulty of physical gold supplies to keep up with increasing demand. The global gold supply increases only about 1.6% per year, and the floating supply of gold has been disappearing into private vaults from Zurich to Shanghai.

Refiners cannot find enough “scrap” gold (your discarded jewelry) to produce fine gold to meet demand. If demand increases appreciably from here, and there’s excellent reason to believe it will, there’s only one solution to the shortage of gold supply. And that’s much higher prices.

There, four catalysts waiting to send gold much higher. The time to move into gold is now before it resumes its upward climb.