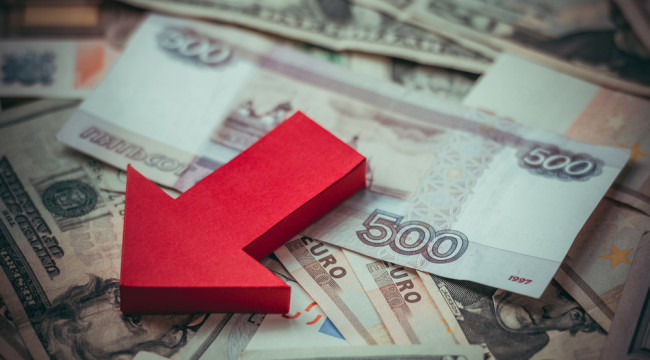 Forget About "Stocks For The Long Run"

BALTIMORE – After a year of wandering the globe, we are back in the homeland… and ready to turn in our passport.

Travel can be fun. It can also be “broadening.” But the most interesting thing about it is not so much what you find out about other places. It’s what you discover about your home.

You return to the land you once knew, as T.S. Eliot put it, and know it for the first time.

So, we are ready to rediscover Baltimore – a place where children refer to handguns as “school supplies.”

Judging by yesterday’s mailbag, many of our dear readers are Sarah Palin fans. Several helped us decipher Ms. Palin’s gnomic remarks about Donald Trump, which we covered inTuesday’sDiary. Several more cancelled their subscriptions.

They must have thought our admiration for the former Alaska governor was insincere. [For more Palin feedback, check out today’s mailbag below.]

No Shame in Cash

First, we return to questions put to us in Mumbai two days ago.

“What should an investor do?” asked an old man in a Nehru jacket.

We have been telling people there is “no shame in staying in cash” until the market finds a bottom.

If we’re wrong and prices shoot upward, we will miss the upside. But the risk of missing substantial gains seems slight. Earnings are going down. Almost all the signals from industry and commerce seem to be pointing down, too.

The CAPE ratio looks at the inflation-adjusted average of the previous 10 years of earnings relative to stock prices. On that basis, the S&P 500 has been a worse deal only three times in the last 100 years.

Those were just before the 1929 Crash… the dot-com bust in 2000… and right before the 2008 meltdown – hardly auspicious precedents.

Not only that, but also global debt levels are higher today than ever in history.

Wouldn’t it make sense to stay in cash… on the sidelines… until prices go down and debt issues are resolved?

Not according to the newsletter writers at The Motley Fool.

The Fool’s Matthew Frankel gives us “three reasons you shouldn’t worry about the stock market in 2016.”

The late Richard Russell, of Dow Theory Letters, taught us there are short cycles and long cycles.

The long cycles are the ones that count. You can miss a rally now and then; it won’t make much difference. But miss a major, long-term bull market, and you have missed an opportunity of a lifetime.

On the other hand, riding through a major bear market can seem like a march to Hell. The worst thing that can happen, Russell used to say, is that you take a “ruinous loss” – one you can never recover from.

Major market swings take time. The Dow reached a peak in 1929. It didn’t regain that peak again until the late 1950s. Since then, we’ve cycled through booms and busts, reaching the latest top in 2015, when the Dow rose over 18,000.

The questions to ask yourself: Where are we now? Have we passed the top? Are we in a long decline?

Then there are the personal questions: How long will you live? When will you need the money? How much volatility can you withstand?

How would you feel about waiting until 2042 before we return to last year’s high?

No Mountain Left to Climb

The other thing to realize is that the long-term performance of the stock market is mostly a myth.

Yes, you could have made about 10% a year if you’d gotten in 100 years ago and stayed in. But that figure is subject to some important qualifications.

First, you don’t really make a steady 10% a year. That’s just what you get when you go back and average out your annual gains over a century.

It looks as though you have steadily marched up the mountain and now sit high and dry. But when you’re at the top, the only way to go is down! Do the math again when you get to the bottom. You will find your average rate of return looks awful.

Second, who lives long enough to make it work?

Compounding is great in theory. But it only works its magic at the end.

Not bad. But hardly the sort of stuff dreams are made of.

And that assumes that you get 10% a year. At today’s prices, stocks are already so high, there’s not much mountain left to climb.

Nobel Prize-winning economist Robert Shiller estimates the average annual return on U.S. stocks the next 10 years at only 3%. Vanguard Group founder Jack Bogle puts it at a little more than 1%. And Rob Arnott at Research Affiliates looks for a return of less than 1%.

At those levels, you can forget about the magic of compounding.

Whacked by the Big Bear

Then, you have to worry about those drawdowns – the peak-to-trough losses you experience in your portfolio.

If you compound at a rate of 10% a year but have a 40% drawdown in year three, you have to go for another three years just to get back where you started. Worse, your lifetime of savings and investing gets whacked by a big bear market. You take the “ruinous loss” Russell warned about, with no time to recover.

Most investors don’t have enough time to make compounding work as advertised. Most are already over 50 when they begin investing. They don’t have 100 years. They’re lucky if they have 15 or 20.

Over that kind of time frame, if there are any substantial setbacks, they’re finished.

That’s why it’s so important to get in when the market is low. Then double-digit gains, compounded over many years, can at least be a theoretical possibility.

But if we’re right about where the economy is… how expensive the stock market is… and how difficult it will be to sustain further gains, then this is probably not the best time to begin a program of retirement financing via stocks.

On our scales, the balance between risk and reward in U.S. stocks falls heavily toward the risk. We see a reasonable likelihood of a ruinous loss against a remote possibility of a big gain.

So go ahead and panic. You may be glad you did.