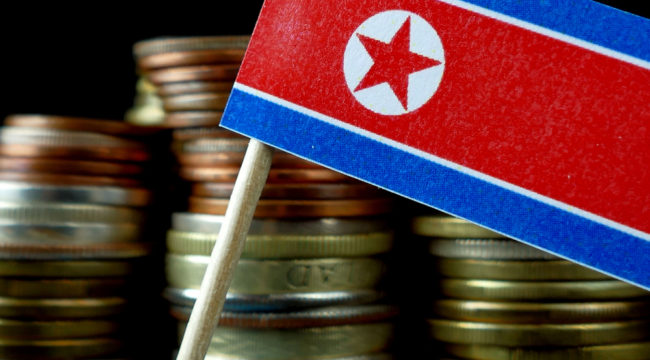 On Wednesday, April 5, 2017, I had the honor of conducting a seminar on financial warfare for a class from the U.S. Army War College.

The War College is based in Carlisle, Pennsylvania, but my seminar was conducted in New York City as part of a visit to the city by the class.

The U.S. Army War College is not a typical educational institution. Courses are offered at the graduate level only. There is no undergraduate curriculum. Students are typically midcareer officers: captains, majors and lieutenant colonels who are preparing for senior leadership positions.

My class was even more elite than typical War College students. I taught a group of about 15 officers as part of the Advanced Strategic Art Program. These students are the best and brightest in the military who are being specially trained in strategic thinking and planning.

The seminar students included officers from the Army, Marines, Navy and Air Force. Some had military postings, while others were on secondment to the Department of Homeland Security, U.S. Border Patrol, National Security Agency and the Defense Intelligence Agency.

The students were all heading to new assignments after completing their class work at the War College. When the new assignments were disclosed, some just muttered “Hawaii” in muted tones. They could not be more specific, but I took “Hawaii” to mean the Hawaii Cryptologic Center, HCC, on Oahu, which is the NSA’s super-secret listening post for signals intelligence from Asia.

In five or 10 years, you can expect members of this class to achieve a general’s rank and to hold positions at the highest levels of the Defense Department, National Security Council and agencies in the Intelligence Community such as the CIA or NSA.

As I mentioned above, the subject of my seminar was “Financial Warfare.” The fact that the dean and program leaders had included financial warfare on the curriculum of a strategic arts program shows how financial weapons have penetrated the battlespace.

Future leaders of the U.S. military will not be considered versed in all of the arts of war unless they have had at least some exposure to financial weapons, tactics and strategy.

My seminar plan covered two hours, of which the first hour would be formal presentation and the second hour was reserved for discussion. I encouraged the class to ask questions or interject in the first hour as well. I warned them I was perfectly capable of speaking for several hours without pausing for breath, and if they did not want to hear me go on for that long, it was in their interests to start the dialogue as soon as possible.

The students were only too happy to oblige. The questions began within minutes of the start of the presentation and kept coming. That was fine with me. That kind of interaction is the difference between a true seminar and a lecture.

The questions were among the most thoughtful and technically proficient I have ever been asked. It was interesting to me that a military audience asked more sophisticated financial questions than the typical audience of investors and economists that I routinely address.

It was quite a positive testament to the preparedness of our financial war fighters among the senior officer ranks.

My presentation began by defining financial warfare as the effort to:

I unpacked this definition by explaining the difference between the banking system (mostly about deposits, cash and money transfers) and capital markets (having to do with securities underwriting and trading and derivatives).

I also explained the difference between exchanges and clearinghouses. In a future crisis, the role of clearinghouses may prove crucial both as a means to untangle the web of cross-obligations, and as a vulnerable node that could be the target of an enemy attack.

Other topics covered in the seminar included financial sanctions, the role of gold in transferring wealth while avoiding digital payments systems in order to escape detection and interdiction and an endgame that could lead to the demise of the U.S. dollar as the benchmark global reserve currency.

One topic of discussion was North Korea, since it’s very much in the news because of its nuclear program.

North Korea is moving as fast as it can, putting all its resources into that program. But it’s a very poor country, and its leadership would rather let the people starve than deprive the military of the money they need.

So North Korea is trying to scrape together any hard currency it can. How?

Incidentally, I should mention that it looks like North Korea was the perpetrator of last year’s $81 million theft from the country of Bangladesh.

It was a strange story. Bangladesh, a poor country, had their reserves, their national savings basically, on deposit at the Federal Reserve Bank in New York. And $81 million dollars went missing in a cyber heist. And now the evidence points to North Korea.

How has North Korea been getting paid for its illegal weapon shipments to, say, Iran? And how does it pay for its imports? How does North Korea conduct these transactions?

The U.S. has placed North Korea under financial sanctions to lock it out of the international banking system. But there are ways around them.

For example, North Korea can use Chinese and Russian banks as cover.

Through what’s called correspondent banking relationships, North Korea could have an account at a Chinese or maybe Russian bank. And since that Chinese or Russian can do business around the world, it can just act as an agent for the North Korean bank.

The U.S. can impose sanctions on Chinese and Russian banks doing business in the U.S. that facilitate North Korean payments. That’s an effective form of sanction, but it risks escalating tensions with Russia and China.

I’ve talked before about what I call the Axis of Gold, including Russia, China, Iran, and Turkey. So I would also include North Korea in that list, although as a junior member.

If you want to buy oil in the open market you pay in dollars. But if you want to ship ballistic missile components or equipment to enrich uranium, you might want to use gold. And a lot of this type of business is being done in gold because it’s physical, not digital. It can’t be hacked or traced. Unlike digital money in bank accounts, it can’t be frozen. You just put it on a plane or ship and send it to its destination.

So there’s a substantial gold trade going on behind the scenes. That’s one reason, but not the only reason of course, why these countries are acquiring so much gold.

I have contacts in the national security industry community who have, in their own roundabout way, been able to confirm that to me, so it’s very clear that’s what’s happening.

This is the type of information you don’t see in the headlines. This is very granular, but it’s all going on behind the scenes.

In the end, financial warfare is another important realm of global politics that cannot be ignored.