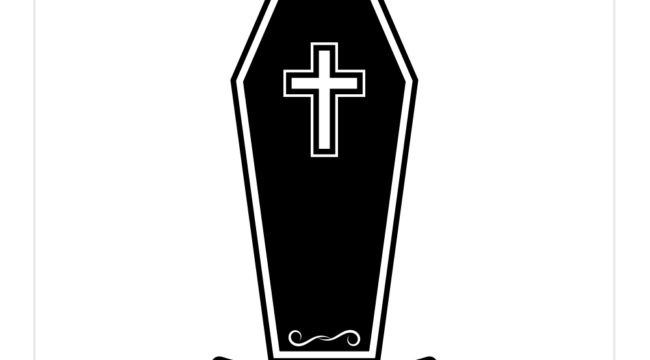 The stock market was down today, but it’s still trading at record highs. The mainstream financial media will tell you it’s because the market is anticipating a robust recovery as the economy continues to reopen and vaccination numbers grow.

But don’t buy into the happy talk that all is well with the U.S. economy.

The unemployment rate has indeed dropped. But initial unemployment claims are on the rise again. That’s a trend that will show up as weaker job creation in the months ahead.

The declining headline unemployment rate ignores over 10 million able-bodied Americans between the ages of 25 and 54 who don’t have jobs but are not counted as unemployed because they haven’t looked for a job recently.

If you’re a waitress, why would you look for a job if half the restaurants in town are closed or out of business?

You can judge the health of the economy based on a few key metrics: the labor force participation rate, real wage increases, and initial unemployment claims. Right now, all three point to slower growth and a recovery that is running out of steam.

Of course, some claim the cure is more government spending.

Under 10% To Actual Infrastructure

No sooner had Biden signed the $1.9 trillion COVID relief bailout bill, than his administration proposed another $4 trillion of deficit spending for “infrastructure.”

Proponents of the bill claim the spending is for “infrastructure.” But most of what they’re saying about this legislation is phony.

Most Americans understand infrastructure to mean bridges, tunnels, roads, railroads, airports and other needed additions and improvements to the transportation network. But the bill only provides about $400 billion for those types of projects, under 10% of the proposed total.

The rest goes to windmills, solar panels, subsidies to electric vehicles, and school repairs (as a payoff to teachers’ unions).

Even more spending goes to items that have nothing to do with infrastructure, such as day care, tuition, unemployment benefits, community organizers and other welfare-style programs.

In other words, it’s more of a political project than an economic package to provide good jobs and stimulate the economy.

One difference between Biden’s $4 trillion infrastructure spending binge and the $1.9 trillion of COVID relief is that the White House is at least going through the motions of trying to pay for the new spending with massive tax increases.

In round numbers, today’s view is that Biden will have $4 trillion of new “infrastructure” spending combined with $2.1 trillion of tax increases, making the net new deficit spending on infrastructure $1.9 trillion.

But the tax increases are the subject of even more phony talking points.

Biden proclaimed that he would not raise taxes on anyone making less than $400,000. But now, “anyone” is being redefined to include a married couple filing a joint return with $400,000 combined income.

A spouse making $220,000 may sound like a lot of money, unless you happen to live in New York, San Francisco, Los Angeles or Miami and have two or more children. In this case, it’s barely enough to get buy after income taxes, property taxes, sales taxes, gasoline taxes and a generally high cost of living.

Additionally, much of the tax increase burden will fall on U.S. corporations, which will hurt our international competitiveness and force corporations to move businesses and jobs offshore to avoid the higher taxes in the U.S.

So, Biden’s tax plans will drive U.S. jobs offshore and punish the middle-class, not just the “rich.” It will be just one more headwind for economic growth in the years ahead.

The real takeaway from the avalanche of new spending is that the last vestiges of fiscal constraint are vanishing.

Biden may or may not understand what MMT is, but it doesn’t matter. The point is, it’s here.

MMT is now the law of the land in the form of extreme deficit spending.

There’s a complete disregard for the size of the deficit or whether spending is paid for with taxes. The resulting unprecedented growth in the debt-to-GDP ratio has now put the U.S. in the same super-debtor league as Lebanon, Greece and Italy.

Bernie Sanders is chair of the Senate Budget Committee, and his muse is Professor Stephanie Kelton, the bright light of MMT advocates.

Presidents and members of Congress have always been addicted to spending; but now, they have intellectual air cover in the form of the callow analytics of MMT.

At this stage of the process, there is no stimulus or real growth, just more debt. The already slow recovery will slow further, and the debt will remain.

That’s what rising initial claims for unemployment benefits are telling us.

Biden Wants to Be the Next FDR or LBJ

The infrastructure spending bill may be broken into two pieces so that part of it can be passed under a process called “reconciliation” that requires no Republican votes. The tax bill itself may be separated for the same reason.

The result is that the entire program may require three separate bills and lots of horse-trading behind the scenes, but the Democrats are determined to get it all done by the end of the summer.

Democrats want at least large parts of this new spending plan out of committee by the end of May and passed by the entire House of Representatives by the Fourth of July.

Then they hope the Senate will act quickly and get the entire package done before the August recess.

There’s a method to the madness.

Biden and Democrat party leaders know that 2022 is an election year for the House and Senate. The Democrats may very well lose the House; they currently have a slim nine-vote margin (222-213), and it would only take five losses to flip the House to a 218-217 Republican majority.

New administrations typically lose 20 or more House seats in their first mid-term election, so the Democratic majority is definitely in danger.

The Republicans could eke out a slim majority in the Senate as well. Either result (or both) would put an end to the Democrats’ ability to ram through their agenda.

The difference for investors in terms of portfolio construction and asset allocation is huge. I’ll be watching closely and keeping you ahead of the curve. We won’t have long to wait.