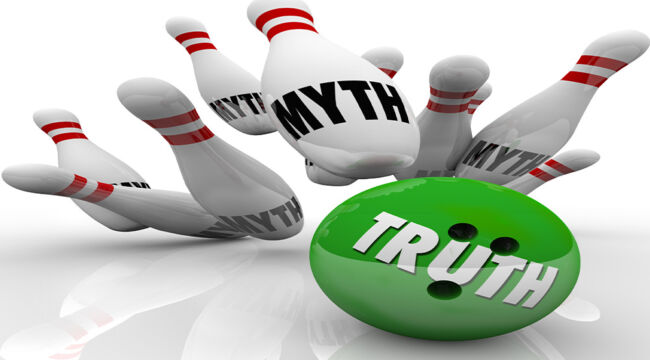 What took Wall Street so long to figure out something I’ve been saying for months?

Of course, the mainstream media didn’t report this because they were all-in for Biden and were determined to beat Donald Trump (remember how they covered up the Hunter Biden laptop report?).

The media were careful to cover-up any Biden policies that might prove unpopular with voters. Still, Democratic Party progressives knew about the plan and were all for it.

My rule for making policy forecasts is simple. If a politician tells you he’s going to do something, believe him.

Policies don’t drop out of the sky. They’re the result of intense internal debate and compromise by competing factions. Once a policy makes it to a candidate’s website, you can bet they will try to deliver.

This doesn’t mean that every proposal becomes law because there can be opposition in Congress and the courts. However, it does mean the politician will work to achieve his stated goals.

With the White House and both houses of Congress in the Democrat’s hands, the odds of this doubling of the capital gains tax becoming law look very good.

Despite my forecasts (which fortunately left my readers well-prepared), Wall Street didn’t seem to pay attention until last Thursday, when the Dow Jones index plunged 210 points in a matter of hours after the Biden tax plan was formally announced.

That’s a good example of how so-called “efficient markets” are not efficient at all.

Not so Efficient After All

Mainstream economists have insisted for decades that markets are highly efficient, and they do a nearly perfect job of digesting available information and correctly pricing assets today to take account of future events based on that information.

In fact, nothing could be further from the truth. Markets do offer valuable information to analysts, but they are far from efficient.

Markets can be rational or irrational. Markets can be volatile, irrationally exuberant, or in a complete state of panic depending upon the emotions of investors, herd behavior, and the specific array of preferences when a new shock emerges.

If markets were so efficient, why was Wall Street surprised when it was obvious to anyone paying attention that Biden was going to raise the capital gains tax?

The capital gains tax increase information had been there for all to see for six months, but it took a press release to get Wall Street to sit up and take notice.

It should have been priced in long before, and the announcement just would have confirmed market expectations.

So the next time you hear about efficient markets, take it with a large grain of salt.

But my forecast from six months ago was wrong in one respect.

Even Worse Than I Thought

I said the tax rate on capital gains would almost double from 20% to 39.6%. It turns out the rate will actually be 43.4% once a 3.8% investment income surtax is added on top. That surtax is a holdover from Obamacare.

If one were to add state and local income taxes, the combined rate on capital gains could exceed 50%, depending on the jurisdiction.

Of course, capital gains taxes are imposed on investments you make from after-tax dollars, so even the initial investment has already been taxed. And the corporations whose stock you buy pay corporate income tax too.

When those burdens are included, you’re lucky to get even 25% of your gains back net of taxes. This will be a headwind to stock markets for the foreseeable future.

The big question is, is the stock market in a bubble?

When I first saw a recent story about a deli in New Jersey that was worth $100 million, I couldn’t believe it.

I assumed the deli must have a big-ticket franchising deal with McDonald’s or Subway to expand to 1,000 locations under the original name brand. That type of deal might justify a sky-high valuation for a one-store operation.

But, no, there was no franchise deal or other licensing deal that might explain the price. It’s just a deli with about $35,000 in annual sales.

As one analyst said, “The pastrami must be amazing.” Does anyone in their right mind think a deli with $35,000 in annual sales could be worth $100 million?

Well, it turns out that the owner of the deli created a company called Hometown International, and its shares trade over-the-counter. Recently, investors have bid up the stock price from $9.25 per share to $14.00 per share, giving the deli company a market capitalization of $113 million.

Hoping For a Greater Fool

But this story is not really about delis or pastrami. It’s about market bubbles and ridiculous valuations that can result when retail investors bid up stocks in the hope that a greater fool will pay them even more when they cash out.

In these situations, the market capitalization becomes completely detached from fundamental value, projected earnings or any other tool used in securities analysis.

It’s just a bubble with inevitable losses for the last buyers. But does that mean you should sell all your stocks now because the bubble will pop any day now?

No, not really. Bubbles can last longer than many believe because there is a continual flood of new buyers who hope that they won’t be the last ones to run for the exits.

The bigger issue is whether this kind of bubble in one stock indicates a broader market indices trend.  The Dow Jones Industrial Average, the S&P 500 and the NASDAQ Composite are all at or near all-time highs.

But this does not automatically mean the stock market indices are in bubble territory, although, many objective metrics, including the ratio of market cap to GDP and the Shiller CAPE price-earnings ratio, indicate that is the case.

No One Rings a Bell at the Top

Saying that markets are overvalued is not the same as saying they’re ready to crash.

It will take some external shock such as higher interest rates, a geopolitical crisis, or an unexpected bankruptcy of a major company to bring markets back to earth.

We know that such events do occur with some frequency. But, it’s probably not a good idea to short the market, because it could go even higher. That’s the way bubbles work. No one rings a bell at the top. There’s no precise formula to tell you the day they’ll pop.

So, I’m not suggesting that you sell everything and head for the hills. Having said that, it’s a good idea to reduce your exposure to stocks, diversify with cash and gold and just bide your time.

When the crash comes, you’ll be greatly outperforming those who are all-in with stocks – including delis.

Then we’ll see how efficient markets really are.