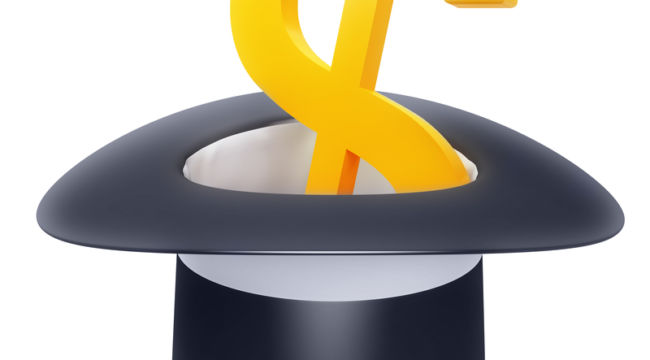 To these fabulous fictions we must add another:

Money and wealth are synonyms.

It is this last myth — this devilish myth — that commands our attention today.

Man chased the gods down from Olympus aeons ago. Yet the money myth lives, breathes, prospers in A.D. 2019.

Inflation: The Birth of a Thousand Illusions

Explains Henry Hazlitt in his masterly Economics in One Lesson (1946):

The most obvious and yet the oldest and most stubborn error on which the appeal of inflation rests is that of confusing “money” with wealth… So powerful is the verbal ambiguity that confuses money with wealth, that even those who at times recognize the confusion will slide back into it in the course of their reasoning…

China first went chasing after this false fruit in the ninth century CE.

The results were… predictable.

To jam inflation back in its cage, China turned to silver by 1455.

It did not revisit paper until the late 19th century.

Kings, princes, prime ministers and presidents throughout history have pursued the same water-into-wine illusion… or the related miracle of the printing press.

In each instance they came to grief.

As we have stated before, money measures wealth — it does not create it.

A benevolent fairy slips money into all the nation’s pockets overnight. Instantly the money supply doubles.

The new money will simply chase existing goods. We can thus expect prices to roughly double as it runs them down.

And so we come to this question:

What then is the proper money supply?

That is, if the stock of goods increases 2%, should the money supply increase 2% to keep pace?

Most would argue yes. Here is the way to “price stability.”

They concede an overproduction of money relative to goods will yield inflation. But they will tell you a mild inflation is bearable — healthy, even.

Consumers will purchase goods today because they know their dollar will fetch them less tomorrow.

A little inflation can therefore keep an economy on the jump… and business in funds.

Conversely, an undersupply of money relative to goods works the opposite effect.

Deflation means people will delay today’s purchases. That is because they expect prices will be lower tomorrow.

Goods will languish upon shelves, stockrooms will overflow… and the wheels of commerce will slow to a standstill.

Thus is deflation the great bugaboo, the great fee-fi-fo-fum of monetary economics.

It must be routed at all possible hazard. The money supply must therefore increase, continually.

But let us dynamite a hole in this lovely theory…

Why Do People Keep Buying Computers and Large-Screen Televisions?

Consider, if you will, computer prices… or large-screen television prices.

They slide lower year upon year.

Yet where is Armageddon?

So we revisit this question:

What is the proper money supply?

And if you can imagine it… could the economy rub along without any increase in the money supply whatsoever?

That is, if the money supply were eternally set to fixed levels?

Paul Krugman would sweat, shake and stagger at the mere suggestion of it.

The Mystery of Prices

In an economy of fixed money, all goods and services must bid against the existing money stock.

Consumers may prefer X to Y this year — for example.

The price of X will rise. And the price of Y will fall… all else being equal.

The maker of X will therefore profit, even in a world of fixed money.

What about the maker of Y?

He must lower his prices. But the consumer is the beneficiary. He can purchase Y at a reduced price.

His purchasing power has therefore increased.

And so it goes, back and forth, forth and back.

We are led then to this throttling conclusion:

The argument that the money supply must constantly expand finds little excuse in the facts.

If prices are free to find their own equilibrium, changes to the money stock are unnecessary.

And any amount of money will do the duty of any other.

As the operation of the market tends to determine the final state of money’s purchasing power at a height at which the supply of and the demand for money coincide, there can never be an excess or deficiency of money. Each individual and all individuals together always enjoy fully the advantages which they can derive from… the use of money, no matter whether the total quantity of money is great or small… The services which money renders can be neither improved nor repaired by changing the supply of money… The quantity of money available in the whole economy is always sufficient to secure for everybody all that money does and can do.

To repeat — for emphasis:

Any amount of money is as good as any other. And there is no screaming need to add more.

In conclusion, we petition the government to shutter the Federal Reserve… and point its members toward productive employment in private industry.

Their services are no longer required…