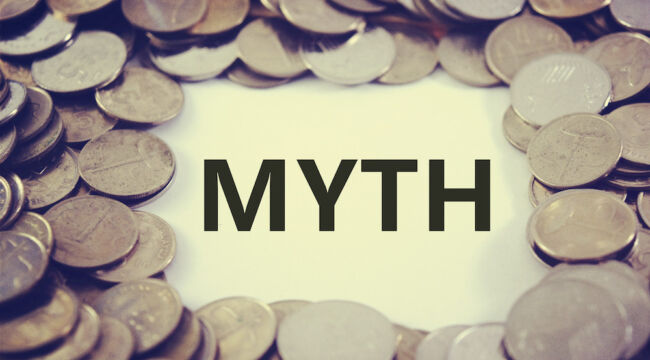 To these fantastic fictions we must add another:

This myth — this deathless myth — commands our attention today.

Murdered and buried 1,000 times, 1,001 times it has stormed from its tomb. The very gods envy its immortality.

Man chased these gods down from Olympus aeons ago. Yet the money myth lives, breathes, prospers in A.D. 2020.

Inflation: The Birth of a Thousand Illusions

Explains Henry Hazlitt in his masterly Economics in One Lesson (1946):

The most obvious and yet the oldest and most stubborn error on which the appeal of inflation rests is that of confusing “money” with “wealth”… So powerful is the verbal ambiguity that confuses money with wealth, that even those who at times recognize the confusion will slide back into it in the course of their reasoning…

China first went chasing after this false fruit in the ninth century CE.

The results were… predictable.

By 1455 China turned to silver to jam inflation back in its cage. It did not revisit paper until the late 19th century.

In each instance it turned to dust and ashes in their mouths.

But is this society doubly rich?

And so we come to this question: What then is the proper money supply?

But they will likely tell you that gentle inflation is tolerable — even healthy. It spurs the consumer to spend… which adds a figure to the gross domestic product.

A little inflation can therefore keep an economy on the jump… and business in funds.

Goods will wallow upon shelves, stockrooms will overflow… and the wheels of commerce will slow to a standstill.

Under extreme deflation they may stop entirely.

The money supply must therefore increase continually — lest deflation menace.

As well question the reality of Noah’s Ark… or Russian sabotage of American elections… or of gravity itself.

Why Do People Keep Buying Computers and Large-Screen Televisions?

Consider, if you will, computers. Consider large-screen televisions.

Yet computers and large-screen televisions do a very brisk trade — despite consumer expectations of falling prices to come.

Where then is Armageddon?

If deflation was so vicious… why do consumers continue purchasing this gadgetry… rather than waiting for next year’s prices?

Thus we revisit this question: What is the proper money supply? Is there one?

That is, if the money supply was eternally frozen in place.

Paul Krugman would denounce you as an agent of darkness if you suggested it. But consider…

The Mystery of Prices

In an economy of fixed money, all goods and services must bid against the existing money stock.

Consumers may prefer product X to product Y this year — for example.

The price of X will rise. And the price of Y will fall… all else being equal.

The maker of X will therefore profit, even in a world of fixed money. His purchasing power would in turn increase.

But what about the maker of Y?

He must lower his prices. But the consumer is the beneficiary. He can purchase Y at a reduced price. His purchasing power has therefore increased.

And so it goes, back and forth, forth and back.

If prices are free to seek their own equilibrium, changes to the money stock are unnecessary.

Any amount of money will do the duty of any other.

As the operation of the market tends to determine the final state of money’s purchasing power at a height at which the supply of and the demand for money coincide, there can never be an excess or deficiency of money. Each individual and all individuals together always enjoy fully the advantages which they can derive from… the use of money, no matter whether the total quantity of money is great or small… The services which money renders can be neither improved nor repaired by changing the supply of money… The quantity of money available in the whole economy is always sufficient to secure for everybody all that money does and can do.

To repeat — for emphasis:

Any amount of money is as good as any other. And there is no screaming need to add more.

Thus we declare ourself heretic today, raise our infidel flag… and train our cannons on the castle walls of the economics profession.

In conclusion, we petition the government to shutter the Federal Reserve — and to point its members toward productive employment in private industry.

Their services are not required. They never were…