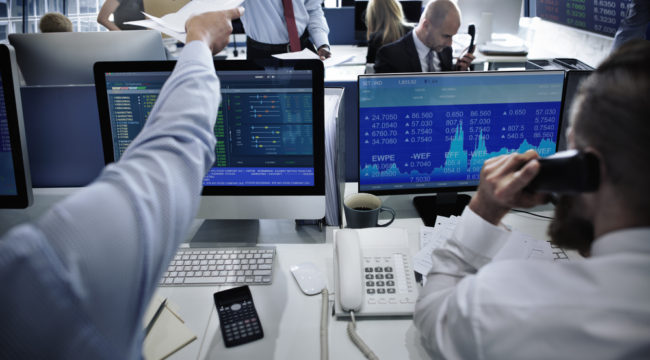 Marketwatch recently conducted an in-depth analysis of the top 50 companies in the S&P 500. And what they found was widespread corruption.

Let me show you just how rotten things have become…

These standard accounting guidelines are meant to keep companies honest.

But as corporate greed and corruption have spread, companies have been turning to non-GAAP accounting measures to inflate earnings and stock prices.

Non-GAAP figures are fabricated, unaudited numbers. They allow executives to strip out expenses or charges that would lower earnings.

Lower earnings are bad news for executives who have compensation tied to a higher stock price. So many cook the books to their benefit and broadcast fake numbers to the world.

And it’s happening now more than ever…

As the Marketwatch report reveals, 32 of the top 50 S&P 500 companies by market capitalization promoted bogus non-GAAP numbers in their January 2016 quarterly announcements.

That means a ton of blue-chip companies put non-GAAP figures front and center when they report earnings. And many put them right at the top of their earnings’ news releases.

That’s what makes the headlines. And that’s what drives share prices. And it’s based on lies.

What’s worse, look how easy it is to pull off…

According to the Wall Street Journal, actual GAAP earnings for the S&P 500 were stagnant from 2012 through 2015. But when companies used non-GAAP methods, earnings were up 14%.

All it takes is a few tweaks and instant profits magically appear. And CEO bonuses go up too! It’s just rank corruption.

But there is no free lunch. This type of crony behavior eventual rears its head to be exposed, i.e. the subprime scandal.

Don’t Be a Sucker

How bad has it become?

According to Bank of America Merrill Lynch, the number of companies reporting non-GAAP earnings has increased sharply over the past two years. They estimate roughly 90% of all companies now play this earnings game.

As an investor, how could you possibly know which earnings have been altered too much or too little?

These unaudited figures serve the interests of those falsifying them. These numbers give you as much useful investing information as does the number of unicorns in Central Park.

Remember, the only number you can believe in is the traded market price. The price printed each day.

The traded market price is beyond the control of Wall Street manipulators and conflicted media.

That price is the only number you can trust. And that’s why it’s the cornerstone of trend following trading.

And trend following is the only strategy that wins when schemes like this finally implode. Because with stocks at all-time highs, interest rates going negative, and phony earnings numbers… can you really pretend that stocks will go up forever without a 50% decrease?

The Fed Gets Blindsided... Again

Here’s Nomi Prins with the latest analysis on the Fed’s repo market action. Find out why the real story Wall Street is watching is the Fed’s money program, not Trump’s impeachment…