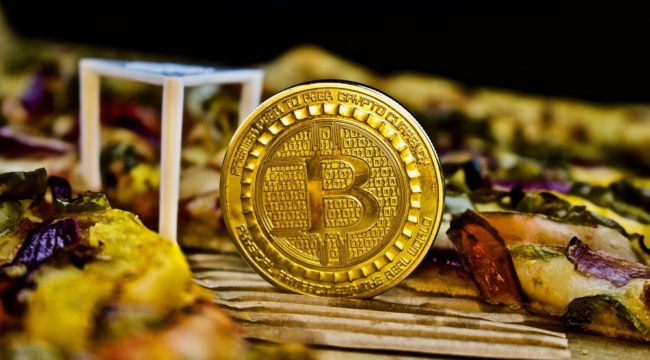 The Most Expensive Pizza Pie in History

And American software developer Laszlo Hanyecz is hungry… for pizza.

But this Hanyecz is in puckish spirits today, like a schoolhouse sprite out to pull fire alarms… a party-going prankster with a buzzer in his hand… a jester pulling noses.

So he donned his clown’s motley and offered 10,000 bitcoins — a new and virtually unknown “cryptocurrency” — in exchange for two large pizzas from his local Papa John’s.

Enough, that is, to meet the price of two large Papa John’s pizzas.

But he couldn’t have believed anybody would actually accept bitcoins.

Ah, but economists have something they call the greater fool theory…

And some greater fool — in England if you can believe it — actually accepted Hanyecz’s offer.

From across the Atlantic Ocean, this greater English fool arranged the delivery of two large pizzas to some American door… in exchange for 10,000 bitcoins.

Hanyecz even furnished photographic evidence in proof of delivery: 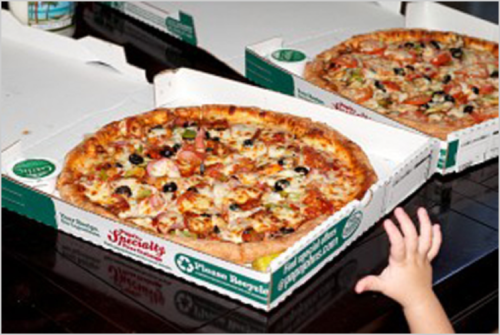 Thus concluded the first ever Bitcoin transaction in history… between an American and an Englishman for two large Papa John’s pizzas… on May 22, 2010.

Question: How much do you think those 10,000 bitcoins are worth today?

But first, what exactly is a cryptocurrency like Bitcoin?

A cryptocurrency is a digital or virtual currency that uses cryptography for security.

So let us turn to our resident cryptocurrency authority, Louis Basenese…

Essentially, a cryptocurrency is a digital currency that operates outside of any government control. That means these currencies cannot be manipulated by central banks like our own Federal Reserve or other central banks around the world.

Angels of mercy — a free market currency beyond the control of central banks?!

It’s a libertarian’s dream. And a central banker’s nightmare…

How do they goose the economy if they can’t monkey the currency?

And cryptocurrencies’ drummers say they contain a built-in safeguard against inflation.

Only a certain amount of bitcoins can be created, for example, and no more.

Apparently, 21 million bitcoins can be “mined” — that’s the term they use (curious how they invoke a psychological linkage to gold).

Some claim cryptocurrencies are even rarer than gold and make for a better gold standard than gold itself.

And are therefore an ideal replacement for the dollar.

Bitcoin (and most other cryptocurrencies) are designed to have a fixed supply. Once 21 million bitcoins have been mined, there will be no more to mine… which means that their scarcity value is much greater than gold, silver or any physical commodity.

As of this writing (Feb. 20), about 75% of all bitcoins have been mined  —  the last one is projected to be mined around the year 2045. This is why some futurists predict that (a) cryptocurrency will eventually replace gold; (b) replace the U.S. dollar as the world’s reserve currency; and (c) the price per Bitcoin will eventually increase over a thousandfold to reach $1 million per coin.

Some therefore look at cryptocurrencies and see the future.

Others see tulips… as in the 17th-century tulip mania in Holland… perhaps history’s greatest bubble.

We just don’t know how they’ll turn out.

So we’re keeping two sets of books on cryptocurrencies for now.

But if the optimists are right and one solitary bitcoin will be worth $1 million one day, here is your lottery ticket.

Which returns us to our question…

How much are those 10,000 bitcoins that purchased two large pizzas in 2010 worth today?

We labeled the fellow who accepted the bitcoins a fool. But it turns out the gentleman who sold them was the fool…

If your numerical reading isn’t quite what it could be, that’s over twenty-two million dollars.

Impossible — but there you are.

We’d be in easy waters right now… loafing, snoozing, inviting our soul… instead of laboring under the lash of a daily and merciless deadline…

And scribbling about other people getting rich…