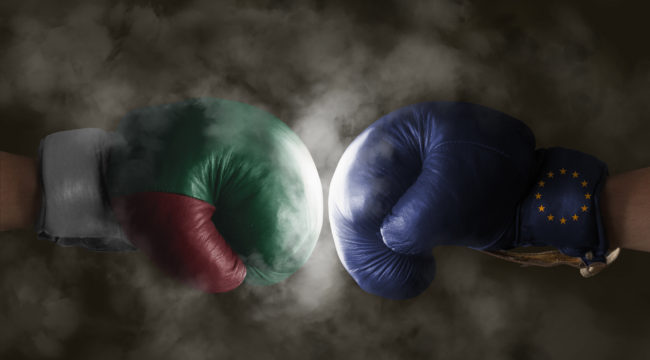 EU Back in the Bailout Business

Despite the surprise victories of Donald Trump in the US and the Brexit vote in the UK, 2016’s first “leftovers to go sour” in 2017 could very well turn out to be from bailouts in Italy.

The government of Italy will take on the majority of a bank bailout, covering a total of 6.6 billion euros out of the 8.8 billion due for the floundering Monte dei Paschi di Siena (BMPS).

Italians are no stranger to political shakeups.  Following a recent government turnover, and the increase in fragility economically, the most paramount problem in Italy might be felt most significantly throughout its massively troubled banking and finance sector.

On July 29, 2016 when the European Central Bank completed its “stress test,” the ailing Italian bank, BMPS, deemed the world’s oldest bank was found to be the worst in the European Union.

Since then the bank has been under fire as being the greatest concern for its inability to sustain toxic loans within its system.  While news of Deutsche Bank might be concerning, Monte dei Paschi does not have the same complexity or financial wherewithal.

Just last week the European Central Bank noted that the bank would need “recapitalization” if it was to keep its doors open.  The ECB then took to recommending that the total capital required would even need to be increased by three billion more euros.

While debates over recapitalization stream out of the political corridors of the ECB, the fact is Europe has returned to the failed policy of bailing out banks.  This time investors stand to lose even more and confidence could hit an all time low.

Why the Italian Bank Bailout Matters

Italy might be a relatively small factor on the global scale, and Monte dei Paschi is certainly a smaller bank with relation to the major banking powerhouses, but the collapse of one bank could rock global investors.

If this particular bank was to completely fall, there are wide beliefs that other Italian banks may be hit by the contagion effect and that the 20 billion euro that was given a green light by the Italian parliament to assist troubled banks might not be enough.

There was also a tiny bombshell dropped by the US Treasury’s Office of Financial Research in December, 2016 which showed that US banks have more than $2 trillion in total exposure to European banks.  The interconnectedness of the US and Europe is alive, dangerous and very present. 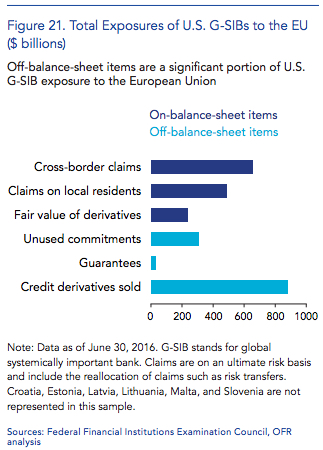 Meanwhile, the Italian economy minister, Pier Carlo Padoan told his parliament that, “The impact on savers, if a (government) intervention should take place, will be absolutely minimized or non-existent” the impact on confidence is something that cannot be guaranteed.

If the bailout is felt by the general population and the economy does trend even further negative, the voter backlash could also have tremendous fallout.  The anti-establishment 5 Star Movement appears to be well seated to capitalize on any traction given.

As Jim Rickards told MarketWatch yesterday, “The problem with the “no” vote in Italy is not the vote itself, but what comes next. We’re already seeing fallout including the resignation of the Renzi government, the failure of the Italian bank private recapitalizations, the emergence of a public recapitalization, and possible spillovers into Germany’s Deutsche Bank and Spain’s Banco Popular.”

While racing against time before the bank hit crisis mode, last Thursday Italy got European Commission approval to have an extension of 150 billion euros in government allocations to be guaranteed for its struggling banks.  This at a time when Monte dei Paschi’s share price has tanked more than 80% this in 2016.

This type of European collective action could very well be the beginnings of a European Union undoing. While speaking to German daily newspaper Tagesspiegel the head of Germany’s leading economic institute Ifo said he believes Italians will want to quit the euro if the standard of living does not improve.

While Italy may not be seeking a holistic economic rescue plan, the head of Ifo said that if Germany’s parliament were to approve a European rescue program for Italy, it would impose on German taxpayers risks “the size of which it does not know and cannot control.”

Elections are scheduled to take place later this year in Germany which could spell trouble for any pro-European leaders, including Chancellor Merkel, at a time when EU bank bailouts begin rolling out.

The bailout news from Italy could be a  strong indicator that 2017 might be the start of a very troubling trend for the grand experiment in shared currency throughout the Eurozone.  The way that Monte dei Paschi plays out could set the stage for a renewed series of bailouts, or a renewed crash in confidence.

Trouble is seeping out of Tuscany. Dark clouds seem to be on the horizon for the Eurozone.