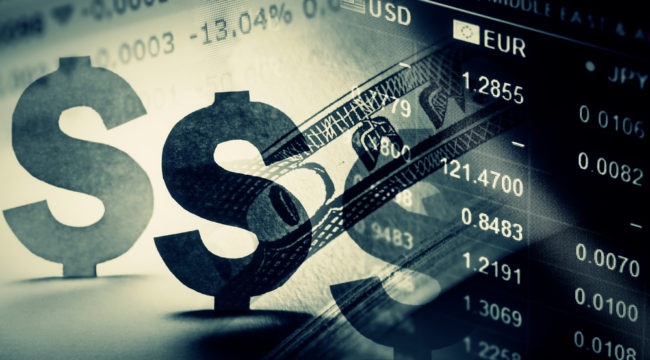 The Only Escape From a Global Depression

Most people are convinced that the government is a drag on the economy, that it should not be allowed to spend any more money. They believe that we’ve spent far too much as it is. Therefore, they believe we must pay for our sins and spend less. It’ll be tough for a few years, they admit. But soon we’ll be back in the laissez-faire garden of Eden.

That argument is dangerously wrong. It’s like someone taking a hot air balloon high up in the sky, then suddenly panicking because he’s too high. So he decides to turn off the hot air, and comes crashing down.

Metaphorically, we’re in that hot air balloon high in the sky. Hot air is credit. If you cut off the credit, we’re going to crash to earth in a great depression. It would be at least as bad as the 1930’s. And probably much worse.

We can’t think in terms of 19th century economics anymore. Like it or not, the government’s been largely directing the economy since 1940, roughly when World War II started. So this “artificial” economy is at least 76 years old. And since the early 1960s, we’ve seen a $63 trillion expansion of credit. That represents the largest global economic bubble in history, far exceeding what existed in the late 1920’s. If it implodes, it could truly be an extinction-level event.

If we banned the Fed tomorrow, balanced the budget, and stopped all government intervention in the economy, things would deteriorate very rapidly. Less government spending would cause a severe recession. Unemployment would go to 25%. Home prices would start to crash. All the banks would fail, destroying the savings of millions. Government revenues would collapse and it soon wouldn’t be able to make Social Security or Medicare payments. Trade barriers would go up around the world and global trade would collapse. The result would be mass starvation.

So we must do everything possible to prevent that from happening. And there aren’t many options to generate economic growth right now.

This may shock some readers. But the government sector has enormous capacity to expand significantly. There is no inflation right now. The 10 year government bond yield is only 1.9%, for example. That tells you that the government can borrow far more money. And we’re in a new era where increased government spending doesn’t necessarily push up interest rates.

One reason we can get away with that is because globalization is so deflationary. That deflationary pressure opens up a whole new world of possibilities of what central banks, working with governments, can do through a combination of deficit spending and government investment. We’re no longer tied to a gold standard that limits government spending. This combination of fiat money and globalisation has never happened before.

This has resulted in a once-in-history possibility, and we should take advantage of it. It allows us to print massive amounts of money that can produce growth — without causing inflation.

Most people believe the government’s already too deep in debt. But in reality, it doesn’t have nearly the amount of debt most people think. Last year, I produced a video called, “QE is Debt Cancellation” (you can see it on my site, Macro Watch, linked to below). Here’s the basic message: When a central bank buys a government’s debt, it can be the same thing as cancelling that debt — although few people seem to recognize that fact.

It means government can borrow almost interest-free. Here’s how it works:

Technically then, QE is debt cancellation. That means the government can take on far more debt at essentially no cost. It’s practically free money. This reality of trillions of dollars of “debt with no cost” has vast implications.

It means governments could spend more and more to finally end this economic crisis. And if governments borrow and invest the way they can, we can escape the economic doom so many forecast.

Here’s what I believe we could accomplish with that money:

Instead of dropping money from helicopters, sending everybody welfare checks, or repeating Japan’s mistake of squandering stimulus money on useless make-work projects that did little but cover the country with pavement, we can instead invest that money to give us an edge in future technologies. That is, the government could borrow money at very low interest rates and invest that money to change our world for the better.

We are on the verge of an extraordinary technological revolution, across all sciences. The world will probably be unrecognizable in 30 years as a result. We’ll probably see a genetic revolution, for example. And the government could speed it up by making a trillion dollar investment in genetic engineering over the next 10 years.

There’s a new technology called CRISPR, for instance. It could make it possible to edit genes like a word processor rearranges paragraphs. Scientists could theoretically remove genetic mutations that are responsible for incurable diseases.

People are worried about Medicare and Social Security going bankrupt. But with the kinds of government money that we can invest in genetic engineering and biotech, it’s really not inconceivable that over the next quarter of a century we can cure most of these diseases. That would immediately solve the horrible Medicare crisis that threatens our long-term solvency. And lifespans could be dramatically extended. A retirement age of 65 would make little sense, which would change the nature of Social Security.

And we could invest in higher education to train the next PhD’s in molecular biology and other advanced sciences that will change the world. Just imagine the benefits that would result from this massive investment. And it could all be financed with essentially free money, which is the key. It won’t bankrupt us because the money costs next to nothing to borrow.

The alternative is collapse.

The U.S. private sector can’t grow credit at the levels needed to sustain a recovery. And the great Chinese bubble is bursting, so China will not be able to generate global economic growth for the foreseeable future.

In the absence of robust government action, we could well sink into another global depression. But if we do accept the challenge, and do it properly, it could sow the seeds of future growth.

As far as I can see, the only valid argument against this type of program is that another crash is going to happen anyway, so we should just get it over with. The more the bubble inflates, the bigger the implosion. Effectively, it’s like saying, “We all have to die sooner or later. Why don’t we kill ourselves now?”

But I think that’s just wrong. It’s better to die tomorrow than to die today. And we may not have to die at all if we make the right decisions today.

This bubble can go on much longer because the U.S. government has the potential to borrow money at 1. 9% interest for 10 years. On top of that, the Fed can print money and buy government bonds, meaning those bonds are effectively cancelled.

We don’t have to collapse into a devastating 1930’s style depression. If we invest smartly, we can generate growth for the next 10 years, and well beyond. Returning to the balloon metaphor, it could not only keep our hot air balloon in the sky for years, but for decades to come. It could also let the United States remain the dominant world economy, producing another American century.

We just need to learn to make the best use of the government to leverage this free government money into broader prosperity for everyone.

So let’s use this time to think about how we can keep our hot air balloon in the air, rather than let it crash to the ground. If we have enough time, and we do have time, someone smart enough may figure out how we can grow our way out of this disaster. Before the balloon crashes, let’s see if we can come up with an idea to prevent it from happening.

But Richard has extended a special offer for Daily Reckoning readers. If you act now, you can access his site for half the price everyone else pays.
To take advantage of this special offer, simply click here, hit the “sign up now” button, enter your information and apply this discount coupon code: daily.