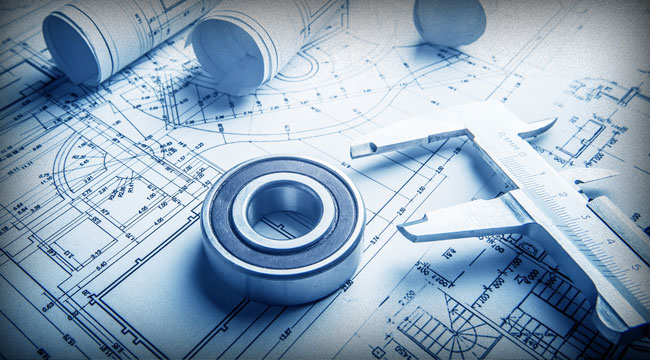 Does Innovation Require the Patent Office?

Two years ago, I spoke to a gentlemen who had started and sold four companies. He was currently working on a new project that sounded very promising (for all I know, he has already sold that one too). We had just heard a talk in which the speaker told people that the whole key to business success in our time is patent ownership. Without it, no business can really succeed.

So I asked this gentleman what he thought of the talk. His response was quick (I paraphrase here):

“I’ve never once bothered with patents. They are expensive and pointless. They produce no revenue on their own. They sell no product or service. And they harm development by hemming in a company on a preset track. I need to be able to customize offerings and change what we do day to day. Patents bias a company toward old solutions even when they don’t work anymore.”

That’s an interesting perspective. And it raises the question: How much do patents have to do with innovation in the real world?

As much as we hear about patents, we might suppose there is some sort of direct link between them and the innovations we enjoy in our lives. Someone invents something and shows the plan to a bureaucrat. The exclusive license is issued, and away we go.

Economic historians have usually assumed a direct link between patents and innovation, basing much of their chronicle of history on records at the Patent Office. Much of what we think we know — that Eli Whitney invented the cotton gin, that the Wright Brothers were first in flight, that Thomas Edison holds the record for inventions because he has the most patents — comes from these records.

But is it true? Most patent holders assume so. They cling to them as a source of life and defend them against all encroachment. Some businesses build up their war chests with patents as purely defensive measures. The more you own, the more you can intimidate your competitors to stay out of your territory.

So how important are patents in generating innovation? The answer is not much, according to four economists from the Technical University of Lisbon. They are circulating their research on a platform sponsored by the St. Louis Federal Reserve. They looked at the best innovations between 1977-2004, as listed by the R&D awards in the journal Research and Development. They matched 3,000 innovations against patent records to establish the relationship.

Their findings are remarkable: Nine in 10 of the innovations were never patented. They were just created and marketed, and changed the world. In other words, it’s the market, not the bureaucracy, that innovates. The authors grant that there might have been downstream versions of the same innovations that were patented. But that fact actually doesn’t change the implications of the study, namely that there is no relationship between the existence of the Patent Office and direction and pace of innovation.

As you dig through their citations, you find other nuggets of information. It turns out that other researchers have found the same thing in early parts of the 20th century and even all the way back to the middle of the 19th. The results keep coming up the same way: There are patents and there are innovations, but they have little or nothing to do with each other.

These results are a classic case of the huge chasm between pop science and real science. In the pop version, people imagine that they will dream up some idea, file a patent, and then bring it into production and become a billionaire. The reality on the ground is that 90% of patents go completely unused. They are suitable for hanging, but not much else.

The patents that are actually in play in this world are used as weapons by big shots to hurt their competitors. They don’t cause business to succeed; it’s the reverse. The bigger the business, the more it is in the market for patents to help the big business hold its place in the market. They prompt lawsuits that go on for years that are eventually settled with an exchange of cash. Meanwhile, rather than actually fueling the innovative process, they put it on hold. So long as a patent is in existence, other innovations are legally bound not to do what they do best.

The software industry is an excellent case in point. In the 1970s and 1980s, patents were rare to nonexistent. Companies made money by making stuff and selling it, just as free enterprise would suggest. Then, the industry grew. People like Steve Jobs who once touted that talent for stealing the ideas of others began threatening other companies with lawsuits. Young programmers today know for a fact that if they ever come up with anything that threatens a big player, the small company is going to be hammered.

Two parallel streams of innovative software strategies have been running over the last 10 years: 1) highly protected and 2) patentless open source. Apple and Microsoft represent the patented style. Google is much more inclined to the open model. Companies like WordPress reveal their code to the world and make money in other ways. A good test case comes from the big smartphone war between Apple’s iOS, on the one hand, and Google’s Android operating system on the other.

The consensus today is that Android is winning hands down in terms of new users. The open-source system is roaring ahead with more than half the smartphone market already and a growing percentage of the tablet market. In terms of moneymaking, the app economy of the iOS is actually doing much better. But consider that it had a huge start, whereas the Android came much later. My own impression from dealing with both is that Android is moving ahead in every area fast.

We need to rethink our assumptions about the role of patents and innovations. If they have nothing to do with each other, and if patents actually dramatically slow down the pace of development, why not get rid of them altogether? That’s exactly what many of the old liberals of the 19th century pushed, and it the case is further bolstered by Stephan Kinsella’s Against Intellectual Property.

Government planning never works. Laissez Faire isn’t perfect, but it provides the best chance for innovations to appear and thrive and for prosperity to result. The lesson for anyone with a business idea: Run with it and don’t wait on a bureaucracy.

Access the biggest wealth story of our lifetime. It’s set to change lives… and fortunes… if you move fast enough. Jose Vilchez-Azcona has more…