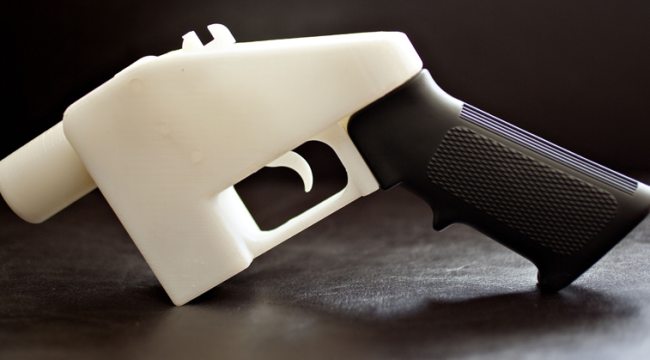 What was just a few months ago a backyard project by an “insurrectionist” is now considered so valuable it has earned a spot in a well-known British art museum.

Earlier this week, London’s Victoria & Albert Museum of Art and Design announced that it’s buying two of the original “Liberator” printed guns from Cody Wilson of Defense Distributed, Forbes reports. The museum will display the guns during its ongoing Design Festival. No price has been disclosed.

The guns was designed by Wilson and constructed from parts made on a 3D printer, horrifying government officials who quickly moved to prohibit Wilson from sharing the plans on his website. The files went viral instead, and have been downloaded from torrent sites hundreds of thousands of times.

The museum noted that the guns “sparked intense debate and upended discussions about the benefits of new manufacturing technologies and the unregulated sharing of designs online.”

That intense debate usually involves doomsaying by opposition groups such as Ceasefire Oregon. The organization wrote a searing blog post last May equating sharing 3-D printing plans with knowingly handing a gun to a criminal. “Mr. Wilson is a hardcore gun nut and insurrectionist,” they fumed. “Sure, the mentally ill, children or felons can now print their own gun, but, oh well, let’s just accommodate them. Otherwise known as aiding and abetting.”

The gun’s creator, Cody Wilson, pointed out in an interview with Popular Science that change is inevitable as technology evolves:

“This is what so many people say — ‘well, the mentally ill, felons and children will all have printable guns.’ Well, yeah, sorry, but this is one of the negative dimensions when you lower the barriers to entry for certain things. It just is. So you must have a culture that is prepared to accept and adapt to these kinds of realities, instead of pretending with these regulationist ideas that we’re still stuck in. We still just pretend that things are going to keep going the way they’re going — that somehow we’re going to have the resources and the state power to watch everyone’s 3-D printer. That’s absurd. So let’s accommodate.”

Such is the nature of human progress. Digital technology has democratized music, film, industrial production, fundraising, education and countless other human endeavors in the last decade. Every time, there have been howls of protest and demands for government intervention. Still, that progress has endured.

So now, exhibited alongside miniatures of Greek temples, Ming dynasty vases and portraits by Raphael will be two plastic pistols… both created by a “shameful extremist,” as Ceasefire Oregon put it, to enable drug dealers, child molesters and terrorists to form an army and destroy all that is good and just in the world.

One wonders what other “insurrectionist” technological marvels that were once considered threats to social order will get snatched up by museums and become part of accepted popular consciousness.