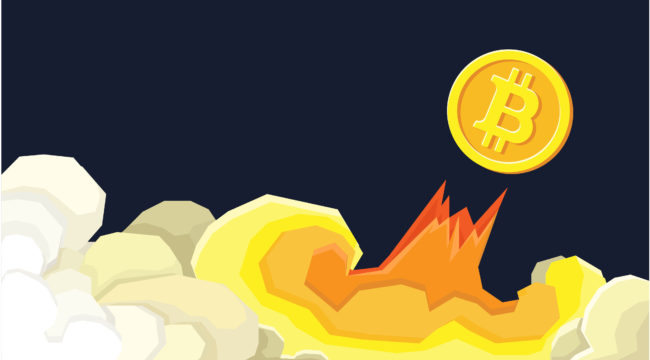 Cryptocurrencies Could Be Worth $200 Trillion One Day

I’m not exaggerating when I say cryptocurrencies are the biggest innovation since the internet. We’re on the ground floor of an enormous trend that’s going to change the world.

So that $200 billion will eventually rise to the level of currencies. And probably sooner than we can imagine.

But with the total number of cryptocurrencies now exceeding 1,000, that means at least 50 legitimate cryptos out there right now. That’s a lot more than one or two or three.

My job is to research, study, and use my connections to avoid the scams. I’m dedicated to finding the tiny portion of cryptocurrencies, that remaining 5% that will turn that $200 billion into $200 trillion.

I hate to use big numbers like that. But those numbers are facts.

If, and only if you avoid the scams, you’ll find the cryptocurrencies that actually solve major problems of prior currencies. Also, avoiding the scams lets you closely follow closely the people who are doing the research and have the credibility in this space.

What qualifies me for this role?

Basically, I’ve been here before. I started one of the first Internet companies back in 1995. I created the first websites for AmericanExpress. com, HBO.com, TimeWarner.com, etc etc.

I was there. I did it. I rode the boom. I also rode the bust. So I’ve been here before and know what to avoid and I trust my ability to predict. The next time I was “here” was when Facebook was getting bigger.

Facebook was private at the time and hard to invest in. So I invested in every Facebook ad agency I could find. Then Microsoft offered to buy Facebook for a billion dollars. I went on CNBC and said Facebook was worth at least $100 billion. I also wrote it in The Financial Times. CNBC laughed at me. Nobody took me seriously. The day Facebook went public they had me on again.

I was a seed investor in one of those ad agencies I mentioned, Buddy Media, when it was worth just $4 million. It was later sold to salesforce.com for $900 million. I don’t say all this to brag. But when it comes to tech and investing, I trust myself.

Work isn’t work if you are doing what you love. And to me, this isn’t work.

I’m thrilled to be living during this huge shift in the evolution/ revolution of what money really is. The fact is, money evolves. Cryptocurrencies aren’t just investments that can make you rich beyond your dreams, as they’ve already been for some people. We are witnessing the evolution of money.

Now there are cryptocurrencies. And cryptocurrencies are solving major problems in fiat money (no centralized control, lack of human error, no forgery, privacy, etc etc).

I’ve written about this many times before (maybe you have seen it in my cryptocurrency master class or book or articles). One day it will all seem obvious.

Some people ask “are cryptocurrencies fiat money like the U.S. dollar?”

And the answer is no. You can’t just roll them off the printing press or enter some digits on a keypad. There are thousands and thousands of man years behind the development of cryptocurrencies.

Why do I know this?

For instance, Bitcoin supposedly will only have 21,000,000 coins ever minted, unlike the U.S. dollar which has no practical limit. Neither does any other traditional currency. When too many coins are minted, their value goes down. But how can we trust Bitcoin?

I try to avoid getting technical in my writings. I’m making one tiny exception here, and I just give this as an example of how I spend my lonely evenings. I went deep within Bitcoin’s coding looking for answers, when one hidden piece captured my attention:

It looks like gibberish. But this is the piece of code that makes sure there won’t be 21,000,000 coins minted.

Actually, what I discovered is that number is incorrect. If you’re ever at a cocktail party and the number comes up you can say, “Well actually, only 20999999.97690000 can be minted,” you will be the cool guy at the party for 12 seconds.

This is what I discovered recently.

Back to the main point: the $200 trillion in cash, money and precious metals used as currencies in the world will eventually be replaced by cryptocurrencies, which only total $200 billion today.

Ask yourself, why does the world need multiple currencies? There’s actually no real reason. The only reason we have a U.S. dollar and also a Canadian dollar is that in 1770 the people in Canada decided not to join the U.S. So an artificial border created two currencies. It’s all dictated by artificial borders.

In the past, an ounce of gold would be accepted almost anywhere in the world. In that sense, unbacked modern fiat currencies are a step backwards.

But in cryptocurrency world, there are what I call “Use Borders.” Every currency is defined by its use. For instance, Ethereum is like Bitcoin but it makes “smart contracts” easier. Contract Law is a multi-trillion dollar industry so this has a huge use case. Filecoin makes storage easier. It’s a $100 billion industry. And on.

Studying the “use” cases, and the effectiveness of the coin to solve those use cases can help us make investment decisions confidently.

This is the great promise of cryptocurrencies and why they will change the world. It’s just getting started.

Don’t be left behind.