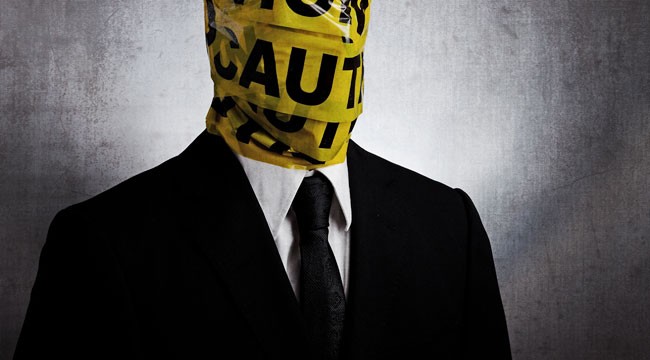 As my flight from New York to Hong Kong touched down on Sept. 17, 1997, and taxied to the gate, I was startled by the plane parked at the next gate.

It was an old Boeing 707 with the words “United States of America” on top of the fuselage in a configuration eerily reminiscent of the original Air Force One that carried President Kennedy’s body to Washington from Dallas after his assassination in 1963.

But this plane did not have the familiar light blue trim of the presidential fleet. Instead, it had a dark green trim in a shade I refer to as “Treasury green.” This was the government plane transporting U.S. Treasury Secretary Bob Rubin and other officials to the annual meeting of the IMF.

I was there for the same meeting, representing Long Term Capital Management, the then mysterious hedge fund that dominated trading in government bonds of countries around the world. With me were several LTCM partners, including David W. Mullins Jr., a former assistant secretary of the Treasury in charge of federal finance and vice chairman of the Federal Reserve.

A year later, LTCM would come to grief, but we didn’t know that at the time. In September 1997, we were still on top of the world. It made perfect sense for us to join this gathering of central bankers, heads of state, finance ministers and private bankers from around the world. We were in the mix.

The September 1997 IMF meeting was the most momentous and memorable of all the semiannual gatherings the IMF conducts. It occurred shortly after the outbreak of the Asian financial crisis that started in Thailand in July 1997 with the devaluation of the Thai currency, the baht. Prior to that devaluation, the baht had been firmly pegged to the U.S. dollar.

This encouraged the original “carry trade.” U.S. and other global investors borrowed dollars, converted the dollars to baht, invested in Thailand at higher yields on a leveraged basis and happily pocketed relatively risk-free profits — as long as the peg held.

Then, suddenly, investors decided to withdraw from Thailand. This started a classic run on the bank. Thailand’s central bank quickly ran out of dollar reserves, and in July, they broke the peg and devalued the currency.

The same carry trade was going on in other emerging markets. Once the Thai baht was devalued, investors lost confidence in all emerging markets and started to demand their money back. The contagion quickly spread to Malaysia, where its currency, the ringgit, came under attack.

Malaysia, led by its prime minister, Mahathir Mohamad, took a different approach from Thailand. Instead of relying solely on devaluation, Mahathir imposed capital controls. He was unwilling to see Malaysia’s reserves sucked dry by Western financial interests. Instead, he declared that they system was locked down and investors could not get their money back. The money would stay in Malaysia.

Mahathir next delivered a blistering speech at the IMF meeting. He said, “I know I am taking a big risk to suggest it, but I am saying that currency trading is unnecessary, unproductive and immoral; it should be stopped. It should be made illegal. We don’t need currency trading. We need to buy money only when we want to finance real trade.”

Mahathir went on to say, “Quite a few people who are in the media and in control of the big money seem to want to see these Southeast Asian countries, and in particular Malaysia, stop trying to catch up with their superiors and to know their place.” Mahathir was blaming speculators and hedge funds, along with their big bank backers, for the problems besetting Malaysia.

Two days later, speculator and financier George Soros struck back saying, “Dr. Mahathir suggested banning currency trading. This is such an inappropriate idea that it doesn’t deserve serious consideration. Interfering with the convertibility of capital at a moment like this is a recipe for disaster. Dr. Mahathir is a menace to his own country.”

Treasury Secretary Rubin was caught between the anger of sovereign nations, represented by Mahathir, and the outrage of his Wall Street cronies, represented by Soros. He uttered some diplomatic words, but his sympathies were clearly with Soros.

Capital controls of the kind imposed by Mahathir were simply not acceptable to the “Washington consensus” on how the international monetary system should operate.

That week in Hong Kong in September 1997 gave me a front-row seat at one of the major turning points in the evolution of the international monetary system. It was the start of the first post-World War global financial contagion.

The panic that had started in Thailand and spread to Malaysia would soon engulf Indonesia and Korea in late 1997 and early 1998. There were riots and blood in the streets in both countries, and President Suharto of Indonesia was forced from office after 30 years of rule.

In August 1998, the contagion hit Russia, which devalued its currency and defaulted on its internal and external debt. This triggered a global panic, which soon overwhelmed my hedge fund, LTCM.

By late September, all global markets were on the brink of collapse. Wall Street organized a rescue of LTCM that I personally negotiated on behalf of the fund. Little did I know in Hong Kong in September 1997 that the financial fire that started there would spread to Greenwich, Connecticut, one year later, with the potential to burn down the entire financial world.

It would be comforting to say that the world learned its lesson after 1998 and that such a crisis could not happen again. But nothing could be further from the truth. In fact, the world is repeating the same mistakes on a much larger scale.

The Federal Reserve now is setting the stage for interest rate increases. This will make the dollar even stronger than it is already and cause capital to flee emerging markets, putting enormous downward pressure on those currencies and setting the stage for massive defaults by dollar-denominated corporate borrowers in those countries.

The Fed is as oblivious to this danger now as they were in 1997. A contagion is about to break out that the Fed and most market participants don’t see coming. As in 1997, it will not happen overnight, but will spread slowly around the world. Yet the contagion dynamics are the same. Distress in emerging markets will not stay there.

The chickens will come home to roost in the U.S., as they always do.

As I survey the scene in emerging markets today, the similarities to 1997 are striking. As Yogi Berra said, “It’s deja vu all over again.”