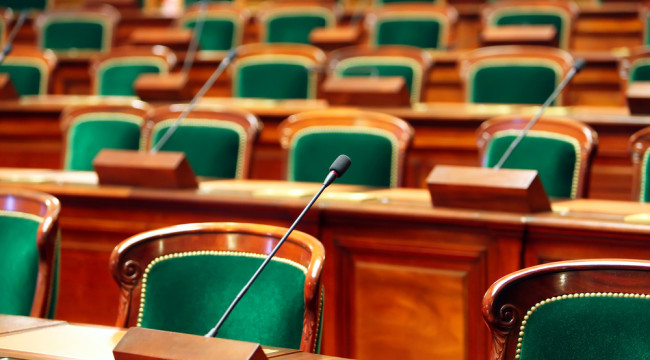 Congress and the Fed Refuse to Learn From Their Mistakes

This month marks the seventh anniversary of the bursting of the housing bubble and the subsequent economic meltdown.

The mood in Congress following the meltdown resembled the panicked atmosphere that followed the September 11th attacks. As was the case after September 11th, Congress rushed to pass hastily written legislation that, instead of dealing with the real causes of the crisis, simply gave the government more power.

Just as few understood the role our interventionist foreign policy played in the September 11th attacks, few in Congress understood that the 2008 meltdown was caused by the Federal Reserve and Congress, not by unregulated capitalism. Not surprising to anyone familiar with economic history, the story of the 2008 meltdown starts with the bursting of the Fed-created tech bubble.

If Congress understood the Austrian theory of the business cycle, it would have allowed the recession that followed the housing bubble’s inevitable collapse to run its course. Recessions are the economy’s way of eliminating the distortions caused by the Federal Reserve. Attempts by Congress and the Fed to end a recession via inflation and government spending will only lead to future, and more severe, economic downturns.

The corporate bailouts, government spending, and money creation via quantitative easing that Congress and the Fed have engaged in since the fall of 2008, have failed to produce even the illusion of prosperity. The daily experience of most Americans shows that the government’s doctored statistics drastically understate both unemployment and inflation.

This is not to say that no Americans have benefited from Federal Reserve policies. Even Donald Trump has called quantitative easing “a great deal for guys like me.” Much of the growth of government over the past seven years, from the bailouts to the increases in military and domestic spending to Obamacare, has also benefited politically-connected crony capitalists.

The Federal Reserve’s continued delay of an interest rate increase suggests that, contrary to its public statements, the Fed understands that the economy has not recovered from the meltdown and is on the brink of another major recession. Fear that the Fed is not being fully forthcoming with its view of the economy is one reason the stock market declined following the Fed’s recent decision to once again postpone increasing interest rates.

Learning the full truth about how the Fed evaluates the economy and its plans to respond to another downturn are two reasons why it is important to pass the Audit the Fed bill.

A vote on Audit the Fed would probably be the only good thing to occur in Congress this year. A Congress that cannot defund Planned Parenthood is unlikely to make any serious cuts in spending.

Instead of waiting for politicians to do the right thing, those who know the truth must spread the ideas of liberty as far and wide as possible.

Only when the teachings of the Austrian school are embraced by a critical mass of Americans will Congress cut warfare spending, cut welfare spending, and audit, and then end, the Fed.

P.S. This article was originally posted at the Ron Paul Institute for Peace and Prosperity’s website, right here.