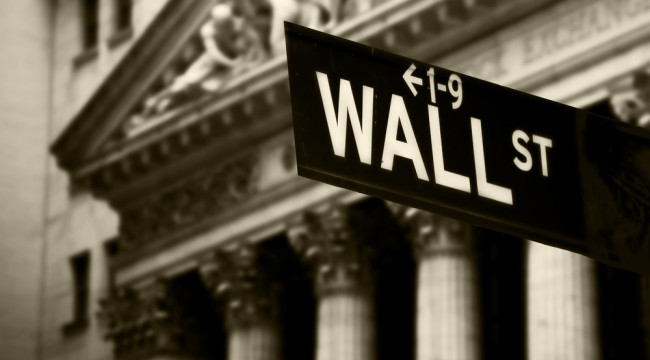 Confirmation That All is Not Well

The 1987 stock market crash raised concerns for the dangers associated with mounting U.S. “twin deficits.” Fiscal and trade deficits were reflective of poor economic management. Credit excesses – certainly including excessive government borrowings – were stimulating demand that was reflected in expanding U.S. trade and Current Account Deficits. Concerns dissipated with the revival of the bull market. These days we’re confronting the consequences of 30-plus years of mismanagement.

Japan was the early major recipient of U.S. Bubble excess (throughout the eighties). The world today would be a much different place if the policy onus had fallen upon the Fed and congress to rein in U.S. borrowing excesses. Instead, enormous pressure was placed on Japan (and, later, others) to ameliorate trade surpluses with the U.S. by stimulating domestic demand. Such stimulus measures were instrumental in (repeatedly) stoking already powerful Bubbles to precarious extremes.

Fiscal and Current Account Deficits exploded in the early-nineties post-Bubble period. And as the nineties reflation gathered momentum, the boom in Wall Street and GSE finance pushed the Current Account to previously unimaginable extremes. Then, as the decade progressed, the associated global boom in dollar-based finance proved ever more destabilizing. Always ignoring root causes, each new crisis provided an excuse to further stimulate/inflate.

Economists traditionally viewed persistent Current Account Deficits as problematic. But as New Paradigm and New Era thinking took hold throughout the nineties, all types of justification and rationalization turned conventional analysis on its head. The U.S. was the world’s lone superpower, leading the world into a golden age of new technologies and free-market Capitalism. The Greenspan Fed believed a paradigm shift of enhanced productivity boosted the economy’s “speed limit”. Financial conditions turned perpetually loose. And if the Bubble burst, just call upon some fanatical academic willing to evoke “helicopter money”.

With U.S. officials turning their backs on financial excesses, Bubble Dynamics and unrelenting Current Account Deficits, I expected the world to lose its appetite for U.S. financial claims. After all, how long should the world be expected to trade real goods and services for endless U.S. IOUs?

As it turned out, rather than acting to discipline the profligate U.S. Credit system, the world acquiesced to Bubble Dynamics. No one was willing to be left behind. Along the way it was learned that large reserves of U.S. financial assets were integral to booming financial inflows and attendant domestic investment and growth. The U.S. has now run persistently large Current Account Deficits for going on 25 years.

Seemingly the entire globe is now trapped in a regime of unprecedented monetary and fiscal stimulus required to levitate a world with unmatched debt and economic imbalances. History has seen nothing comparable. And I would strongly argue that the consequences of Bubbles become much more problematic over time. The longer excesses persist the deeper the structural impairment.

Not many months ago bullish Wall Street strategists and pundits were celebrating the backdrop. It appeared to many that global central bankers had mastered the perpetual “money” machine. Markets could only go higher. Yet one would have to be delusional not to recognize the darkening clouds overtaking the world and U.S. Look no further than global terrorist attacks, geopolitical tension and the sour U.S. political discourse as confirmation that All is Not Well.

Over the years, I’ve been accused of being a left-wing liberal as well as a right-wing conservative. I’m pretty determined to keep politics out of the CBB. Yet it’s fundamental to my analysis that years of monetary and fiscal mismanagement are elemental to today’s darkening social mood. The “establishment” is despised. Washington policymakers and Wall Street are held in complete contempt. And, importantly, Capitalism is under attack. Globalization is now viewed with deep suspicion. The establishment is shocked that trade deals are these days seen as disadvantageous to U.S. workers. Integration and cooperation has become a game for suckers.

Instead of the world turning against the ever inflating quantities of U.S. financial claims circulating around the globe, it’s the American working class that has become increasingly fed up with the structure of the economic system. Trading new financial claims for inexpensive imports worked almost miraculously. For longer than I ever imagined, unfettered global finance spurred a historic capital investment boom – in China, Asia and EM. But this Bubble has burst globally, while the U.S. economy is left with much of its industrial base gutted and workers suffering stagnant wages. Most now refuse to view the future through rose-colored glasses.

Many have just had enough of the BS – from politicians, from Wall Street, from “Big Business,” the media and the inflationist Federal Reserve. We now face the downside of years of monetary inflation, including the consequences of repeatedly inflating expectations. Folks are understandably disillusioned. The political season has cracked things wide open.

Gross global economic imbalances and maladjustment are being exposed. The rank inequities of the existing structure are feeding social, political and geopolitical instability. Wall Street can continue to pretend that all is well – while the backdrop clearly turns more disconcerting by the week.

My thesis remains that the global Bubble has burst. Current risks are extraordinary, and global officials are at this point wedded to desperate measures. The ECB increased QE to over $1.0 TN annually, while adding corporate debt to its shopping list. Chinese officials have stated their intention to stabilize their currency, while spurring 13% system Credit expansion (to ensure 6.5% GDP growth). Market perceptions hold that the Bank of Japan is willing to boast QE, while the Fed would clearly not hesitate to again call upon QE as necessary.

Global markets have rallied strongly over the past month. Bear market rally or a springboard to another bull run? Or has it all regressed to a sullied game where only the timing of unfolding fiasco is unknown. Fundamental to the Bursting Bubble Thesis is that a most protracted global Credit Cycle has finally succumbed. “Terminal Phase” excess has left conspicuous wreckage throughout the Chinese economy and financial system – with momentous global ramifications. China – along with the global Bubble – now faces the dreaded day of reckoning. Confidence in Chinese policymaking has waned – just as faith is fading in the capacity of QE to rectify the world’s ills.

I have viewed 2016’s pronounced weakness in global financial stocks as important validation of the Burst Bubble Thesis. After rallying with the market, financial underperformance has reemerged.

Here at home, the Securities Broker/Dealers (XBD) sank 3.1% this week, increasing y-t-d losses to 10.8%. The Banks (BKX) dropped 1.6%, with a 2016 decline of 11.3%. And while Chinese stocks mustered a small advance for the week, the Hang Sang Financial Index declined 1.1% (down 11.7% y-t-d). I have posited that a vulnerable Europe resides “at the margin” of the faltering global Bubble. With this in mind, European financial stocks deserve close attention. This week saw the STOXX Europe 600 Banks Index slammed 4.9%, increasing y-t-d losses to 19.8%. Italian banks were hit 3.8% (down 29% y-t-d).

While on the subject of vulnerable rallies and Europe, it’s worth noting that French and Spanish stocks dropped about 3% this week, while Italian equities fell 2.4%. German bund yields declined another three bps (to 18 bps), while periphery spreads widened (Greece +17, Spain +12, Portugal +6 and Italy +6).

March 25 – Bloomberg (Rich Miller and Alexandre Tanzi): “On the face of it, the latest government update on how the U.S. economy performed in the fourth quarter looked a bit more encouraging. Growth was revised to a 1.4% annualized pace from a previously estimated 1%… consumer spending rose more than previously thought. Yet beyond the headline number, there is a reason for some concern. Corporate profits plunged 11.5% in the fourth quarter from the year-ago period, the biggest drop since a 31% collapse at the end of 2008 during the height of the financial crisis. For 2015 as a whole, pretax earnings fell 3.1%, the most in seven years…”

I view unfolding profit deterioration as a consequence of the secular downturn in U.S. and global Credit. The real earnings pain will unfold as securities markets succumb to the deteriorating domestic and global backdrop – the self-reinforcing downside of so-called “wealth effects” and financial engineering.

Acutely unstable currencies markets are also central to the Burst Global Bubble Thesis. This week saw the dollar lurch higher and recently strong currencies hit with losses, the type of unpredictability and volatility that are anything but conducive to leverage. And while on the subject of leverage:

March 23 – Financial Times (Izabella Kaminska): “The spike in US Treasury bond fails to deliver, which started earlier this year, is something we’ve been watching closely. It’s fair to say we’re now at a significant milestone and the story is beginning to go mainstream. From the WSJ on Tuesday: ‘Settlement failures in Treasury repurchase transactions in March hit their highest level since 2008, underscoring concerns on Wall Street that trading conditions are apt to deteriorate in even the most-liquid markets under the acute stress evident early this year. Almost 13% of Treasury repos through primary dealers in the week ended March 9 included a failure by one party to deliver securities as promised…’ Over at ADMISI Paul Mylchreest has dubbed it a $450bn plumbing problem…”

All is not well in leveraged speculation…

The Bull Market That Won’t Die

“The bond gurus have been dead wrong for years, and they’re wrong again now”… “Every time the bears say yields are going to the moon, they crash to a new low”…