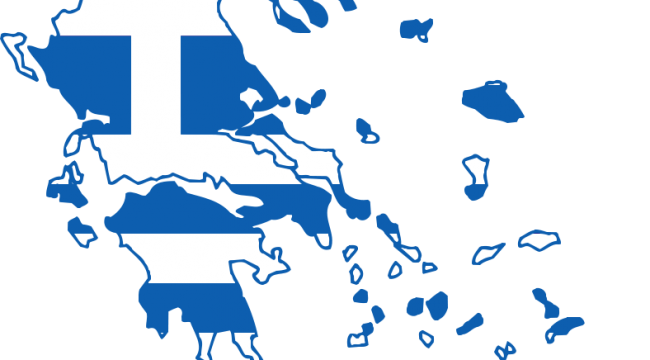 When systems are broke and broken, collapse is the only way forward.

The theme this week is collapse. It’s a big, complex topic because there are as many types of collapse as there are systems. Some systems appear stable on the surface but collapse suddenly; others visibly decay for decades before finally slipping beneath the waves of history, and some go through stages of collapse.

The taxonomy of collapse is broad, and each unsustainable system (i.e. a system that will fail despite claims to the contrary) has its unique characteristics.

Which brings us to Greece.

I have written extensively about Greece and the doomed financial arrangement known as the euro for many years–for example: Greece, Please Do The Right Thing: Default Now (June 1, 2011).

When Debt is More Important Than People, The System Is Evil (February 18, 2012)

Greece and the Endgame of the Neocolonial Model of Exploitation(February 19, 2015)

When Europe Gets Greece’s Jingle Mail: Dealing with Default (May 15, 2015)

With the bankruptcy of Greece now undeniable, we’ve finally reached the endgame of the Neocolonial-Financialization Model. There are no more markets in Greece to exploit with financialization, and the fact that the mountains of debt are unpayable can no longer be masked.

Europe’s financial Aristocracy has an unsolvable dilemma: writing off defaulted debt also writes off assets and income streams, for every debt is somebody else’s asset and income stream. When all those phantom assets are recognized as worthless, collateral vanishes and the system implodes.

The peripheral nations of the EU are effectively neocolonial debtors of the core, and the taxpayers of the core nations are now feudal serfs whose labor is devoted to making good on any loans to the periphery that go bad. (see chart of Greece’s debtors below)

Greece’s financial/political Elites milked the entry into the EU for all it was worth, effectively destroying the Greek economy in their limitless looting: Misrule of the Few: How the Oligarchs Ruined Greece.

What has already collapsed is the faith that institutions within Greece and the European Union can effectively manage the inevitable Greek default. As noted in the essay linked above, Greece’s power structure is designed to do one thing: protect vested interests and dissipate accountability.

The same can be said of the European central Bank (ECB) and the European Union (EU). Both were sold as abstract financial magic: the Elitist power structures of every nation in the union–the ultimate source of the rot that is now emitting the foul stench of collapse–would be left intact while the economies of all member nations would magically produce more goods and services based on ever-expanding debt and leverage.

This leads to the critical question of the hour: who’s saving whom? Are last-ditch bailouts saving the Greek people and the integrity of their nation, or are they simply saving the political/financial Elites who benefited from EU membership and the systemic expansion of debt?

Here’s another key question: who’s being punished by the Troika’s “nobody defaults and gets away with it” policy? Clearly, the Greek people are being punished–but to what end? What about punishing the political/financial Elites who benefited from Greece’s entry into the EU and the banking Elites who profited from the irresponsible expansion of loans to Greece?

If Greece had defaulted four years ago when default was already visibly inevitable, the Greek citizenry would already have worked through the painful crisis of adjusting to a dearth of external credit and perhaps a new currency, and maybe they would have jettisoned their corrupt and self-serving Elites, clearing the way for sustainable growth and governance.

Instead, the Greek people have suffered for nothing. Default is still inevitable, as is the resulting EU-wide currency-political crises.

When systems are broke and broken, collapse is the only way forward. Only collapse breaks the grip of vested interests and opens the political process to non-Elite participation. By pushing default/collapse forward for four long years, the Greek Elites have punished their citizens for absolutely no yield on their immense suffering. Greece can no more escape the black hole of default than it could four years ago.

Central and private banking magic has failed. The idea that corrupt, self-serving Elites would magically create widespread prosperity by borrowing money that could never be paid back has collapsed, though the Power Elites of the Troika cling to this foolish fantasy because they have no other choice if they want to retain power.

The only faith remaining in the EU Elite is belief in the goddess TINA (there is no alternative). But there is always another alternative: collapse of the status quo and the assembly of an alternative arrangement that doesn’t concentrate power in the hands of a few at the expense of the many.