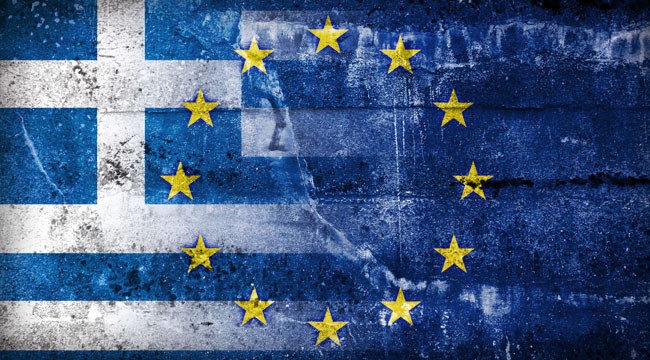 Greece and the New Colonial Endgame

With the bankruptcy of Greece now undeniable, we’ve finally reached the endgame of what I call the “Neocolonial-Financialization Model”.

We all know how old-fashioned colonialism worked. The imperial power takes physical control of previously independent lands and declares its ownership of the region as a newly minted colony.

What’s the benefit of controlling colonies? In the traditional colonial model, there are two primary benefits:

This buy low, sell high dynamic is the heart of colonialism, which can be understood as one example of the The Core-Periphery Model.

The book Sweetness and Power: The Place of Sugar in Modern History is an excellent history of how this model worked for Great Britain.

The tensions this model generated in the colonial elites of America are brought to life in Tobacco Culture: The Mentality of the Great Tidewater Planters on the Eve of Revolution.

This traditional model of colonialism was forcibly dismantled in the 1940s-1960s. Former colonies established their political independence, a process that diminished the wealth and global reach of former colonial powers.

Then, when the credit expansion reaches levels that cannot be supported, the lenders demand collateral and/or favorable trade and financial concessions.

These tactics have been well-documented in books such as The Shock Doctrine: The Rise of Disaster Capitalism and Confessions of an Economic Hit Man.

But the economic pillaging of former colonies has limits, and as a consequence the global financial powers developed the Neocolonial Model, which turns these same techniques on one’s home region.

Thus Greece and other capital-poor European nations were recognized as the periphery that could be exploited by the core, and the euro was the ideal tool to financialize the economies of nations which could never have generated credit/housing bubbles without the wide-open spigots of cheap credit flooding their economies.

In Neocolonialism, the forces of financialization are used to indenture the local Elites and populace to the financial core: the peripheral “colonials” borrow money to buy the finished goods manufactured in the core economies, enriching the Imperial Elites with:

Now that the financialization scheme of the euro has run its course, the periphery’s neocolonial standing is starkly revealed: the assets and income of the periphery are flowing to the core as interest on the private and sovereign debts that are owed to the core’s central bank and its money-center private banks.

Note how little of the Greek “bailout” actually went to the citizenry of Greece and how much was interest paid to the financial powers. 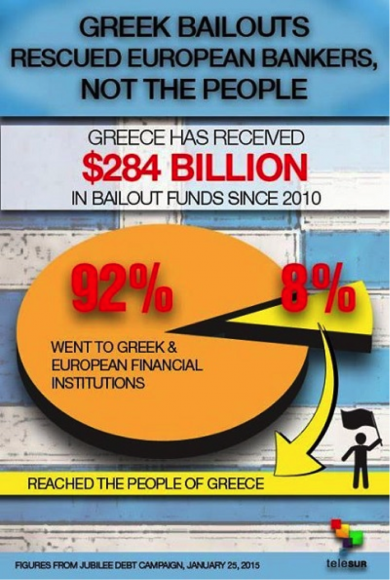 This is not just the perfection of neocolonialism but of neofeudalism as well. The peripheral nations of the EU are effectively neocolonial debtors of the core, and the taxpayers of the core nations are now feudal serfs whose labor is devoted to making good on any loans to the periphery that go bad.

With the bankruptcy of Greece now undeniable, we’ve finally reached the endgame of the Neocolonial-Financialization Model. There are no more markets to exploit with financialization, and the fact that the mountains of debt are unpayable can no longer be masked.

At this point, the financial Aristocracy has an unsolvable dilemma: writing off defaulted debt also writes off assets and income streams, for every debt is somebody else’s asset and income stream.

When all those phantom assets are recognized as worthless, the system implodes.