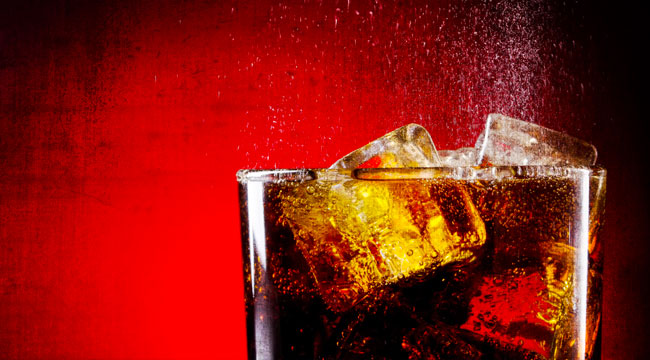 Is Coca-Cola being a “conscious capitalist,” or is the company capitulating?

A headline on the advertising and technology blog ad:tech prompted the question for me. “Why Coca-Cola Will Voluntarily Stop Marketing to Kids,” it reads.

“In an entirely voluntary move,” Coca-Cola announced that it would “cease all worldwide marketing efforts to children under 12, put calorie counts on all packaging and labeling, and ensure that low-calorie and no-calorie… beverages are available in every nation on Earth where Coca-Cola is sold.”

How “voluntary” are decisions made in an environment that is defined as much by politics and legal penalties as it is by market forces? The evolution of Coca-Cola’s relationship to obesity politics is instructive.

Experts disagree about why obesity rates have increased. Some argue that greater prosperity encourages consumerism. Others point to an expanded definition that subsumes more people, and often arbitrarily so. The dominant explanation today, however, is that the prevalence of high-calorie and unhealthy convenience food causes obesity.

Take McDonald’s. In 1952, there was only one McDonald’s in the world, according to the McDonald’s website. By 2012, however, there were more than 14,000 spread across the country. To consumer and public-health advocates, this is proof positive of junk food’s guilt. The solution? They want government to control food production and distribution in order to achieve better health outcomes.

As the world’s leading source of sugary drinks, the Atlanta-based Coca-Cola Co. has received much of the criticism over the years. In the last decade, a barrage of studies have claimed that products like Coke’s are responsible for both obesity and a surge in health problems such as childhood diabetes. For example, in 2005, a Tufts University paper titled “Preliminary Data Suggest That Soda and Sweet Drinks Are the Main Source of Calories in American Diet” got widespread coverage. And as Jack Winkler, emeritus professor of nutrition policy at London Metropolitan University, commented to The Wall Street Journal, “Soft drinks are the devil product at the moment.”

Coca-Cola is a politically active corporation. In 2010, it reportedly spent $4,890,000 on lobbying efforts in the United States, largely to fight the imposition of increased taxes on sugary drinks. In late 2012, when New York City was poised to ban the sale of sodas larger than 16 ounces, Coca-Cola was one of the parties in a successful lawsuit to block the regulation.

The Obama administration is far from the first White House to crack down on health risks. But the Obama years have been a game changer for the issue of obesity. The soda devil has loomed large in the first lady’s signature organization Let’s Move! — a government-funded drive to promote health among American children. “[Childhood obesity] isn’t just a policy issue for me. This is a passion. This is my mission,” declared Michelle Obama. “I am determined to… change the way a generation of kids thinks about food and nutrition.” A part of her mission has been to use monetary rewards to “encourage” states and public schools to remove sugary drinks from school menus and vending machines. In 2011, the U.S. Department of Agriculture (USDA) announced an allocation of $5.5 million for such motivating “grants.”

The soda-removal campaign is just one facet of a much broader attack by government upon the producers of certain foodstuffs.

A common maneuver in the attack is to establish tax-funded studies that document a public health risk. (Note: Tax funding does not invalidate results, but it should raise the same concerns about bias as corporate funding does.) Then, once health risks are established, the discussion turns quickly to targeting the risk and controlling the problem through regulation. For example, The New England Journal of Medicine conducted a poll on whether sugar-sweetened beverages should be regulated by government. Results from the studies are also used to promote tax-funded “awareness” campaigns to alert the public.

This lays the groundwork for the health problem to be addressed by laws or regulations on the federal, state, and local levels. Typical solutions include raising the cost of a good through additional taxes and/or restricting access to it. At the same time, “healthy” alternatives can be encouraged through subsidies or favorable regulation.

The specter of lawsuits also helps obtain “voluntary” compliance by corporations like Coca-Cola. Often the lawsuits revolve around a violation of regulations, rather than the health risk itself. A Bloomberg headline (March 1, 2013) reported on a recent example: “Coca-Cola Must Face Lawsuit Over Orange Juice Labeling.” This growing legal trend has created a new field of experts: namely “obesity and junk food lawyers” who compare sugar to tobacco.

Thus, many corporations are pre-emptively conforming to threats of government control in order to avoid expensive lawsuits and bad publicity.

Companies like Coca-Cola and McDonald’s are wildly popular. So how are politicians and pressure groups able to whip up support for pushing them around?

For decades, companies like Coca-Cola have been accused of driving up the cost of medical care for Americans. The accusation has political teeth, because the taxpayer has assumed more and more of this cost through programs such as Medicare.

The universal health care program known as Obamacare has made highly personal decisions, such as diet, into a political concern of the public. More health care than ever is paid for by government, and it is thus likely to become scarce. This makes the public more favorable to policies that purport to drive down costs and ease access. Food politics fit the bill nicely.

The Obama administration has commended Coca-Cola for its recent adoption of health-promoting policies, but there is reason to believe that its voluntary embrace is more accurately viewed as reluctant compliance.

Consider Coca-Cola’s introduction of vending machines that prominently list calorie counts. The move has been described as a voluntary response to consumer demand for fewer calories in soda. And certainly, if people shift their money toward alternatives, businesses will respond. But the timing of the new vending machines is highly suspicious.

The government is in the uncomfortable position of trying to back companies into voluntary compliance. The position is uncomfortable, because if Coca-Cola’s actions are a voluntary response to customer demand, then government regulation is unnecessary. Why waste the tax money? Why restrict the personal choices of the one person who is most impacted by food politics — the consumer?

Consumers: Lost in the Shuffle

The political assault on Coca-Cola is usually described in terms of health paladins using power to restrain an unscrupulous corporation. Whatever the truth of that narrative, food politics is also a brutal attack upon consumers who end up forcibly being “protected” from their own choices. Attempts by municipal authorities like Michael Bloomberg to limit salt intake and the size of sodas are but a glimpse of a nanny state writ large. Such moves inspire resistance from adult Americans who have retained enough rugged individualism to believe that consuming sugar is their own business.

It is no coincidence that government’s greatest regulatory success with food has been with children, especially in the schools. Unlike adults, children are not viewed as capable of making informed decisions. Such a view facilitates regulation. After all, if children’s decisions were treated with respect, it would be difficult to dismiss reports from schools where children are throwing the mandated “healthy” lunches into garbage cans.

There may be valid reasons to criticize the business practices of Coca-Cola and companies like it. But they can’t be accused of failing to produce a good that people want to consume. In the presence of more health information than ever, and despite the risks, some consumers still choose sugary drinks because they are tasty and affordable. Delivering those drinks into customers’ hands in a convenient and inexpensive manner shouldn’t invite opprobrium. Coca-Cola’s current policy to not deliver those drinks to customers is as much or more a response to gathering government power than to the marketplace.

The real story behind the $13.50 pill that’s now $750, and the biotech investing takeaway the financial media won’t tell you… Dave Gonigam reports…