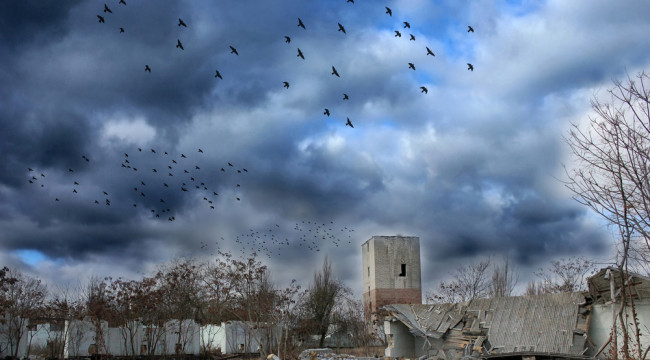 China is Banking on a Detroit Comeback

Despite being a post-apocalyptic hellscape, Detroit has some promising investment opportunities. Like real estate, for example. Just ask the Chinese.

Fox News reported recently that Detroit real estate agents have been swamped with requests for cheap properties by Chinese investors. One agency even sold 30 properties to a single buyer.

“After Detroit filed for bankruptcy July 18, Motor City property has been a hot topic on China’s social media platform, Weibo, according to a Quartz.com report.

“News of the bankruptcy, coupled with a Chinese TV report in March that claimed you could buy two houses in Detroit for the same price as a pair of leather shoes, has piqued investors’ interest.”

It’s not apparent that these investors actually seek to live in these houses, or even rent them. Most seem to be buying as an investment, hoping prices go up. This seems like a fool’s game, given Detroit’s decades-long decline. Some Americans have been lured by the promise of homes going for $100 or $500 as well. Business Insider notes that buying real estate isn’t that simple: Most of the cheapest homes are derelict and need to be completely gutted in order to be habitable.

Why all the interest from Chinese investors? Back in May, TheNew York Times reported that dozens of companies from China were putting down roots in Detroit in order to push their way into the American auto industry.

“Chinese-owned companies are investing in American businesses and new vehicle technology, selling everything from seat belts to shock absorbers in retail stores, and hiring experienced engineers and designers in an effort to soak up the talent and expertise of domestic automakers and their suppliers.

“While starting with batteries and auto parts, the spread of Chinese business is expected to result eventually in the sale of Chinese cars in the United States.”

Chinese businesses have tried to keep the movement of Chinese auto suppliers into Detroit as quiet as possible to avoid the public backlash experienced by Japanese automakers moving manufacturing to the U.S. in the 1980s.

Many of them have been at it for a while too. “We have been exporting our parts to North America for 15 years for the aftermarket,” said Dongbin Chen, an executive at supplier Brilliance Auto. “Now our biggest opportunity is with GM and the other big companies.”

The Chinese know an opportunity when they see one. They have been snatching up gold by the pallet over the last few years and own a large slice of U.S. sovereign debt. Detroit may be the latest slice of U.S. property to come under their control, a small economic node created to quietly export dollars to Asia.

Detroit is what happens when “the growing power of zombies meets declining available resources,” argued Bill Bonner in The Daily Reckoning on July 29. The zombies have devoured Detroit… but that may not be the end of the story.

P.S. Let us know if you would buy property in Detroit the comments below. You can also subscribe to our email edition and get all of our best new insights at your convenience here.