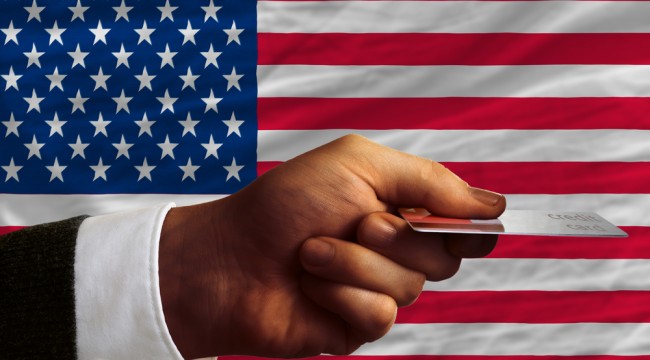 TIVOLI, New York – U.S. stocks flat. A bump in Tokyo. A bump up in Shanghai. Gold registered a $7 loss in New York trading.

Noise, in other words. Nothing to worry about. So let us remind readers, and ourselves, of what is really going on.

This is a Great Zombie War. The fight is between zombies and their crony allies and the rest of the world.

That is the real struggle in Greece, for example.

The insiders – taking advantage of the Greek government’s ability to borrow at low interest rates – enjoy benefits that would otherwise be unavailable.

Now, Athens is deeply in debt… and the insiders are desperate to keep the credit flowing (to them!).

You’ll recall that zombies are people who live at others’ expense. They are not bad people, but the system either allows them… or condemns them… to take advantage of others.

Some of the ways the zombies do this are obvious. They get subsidies, guarantees, and direct payments from the feds (who claim to be providing an essential service).

Charles Hugh Smith, the chief writer at the Of Two Minds blog, gives a good illustration, relaying the experience of one of his correspondents:

For many years, many of my friends and family who have come to my home and experienced my cooking, have told me that I should ‘open a restaurant’…

About five years ago, there was a restaurant for sale, not too far from my home and business. I thought about buying the restaurant, but at that time, the economy was not doing well, and I wanted to take a wait-and-see attitude before I committed to anything.

The story is too long for us to repeat here. One permit led to the need for another. Then he needed an inspection. The inspection led to further requirements – enlarge this, replace that, put in this system, take out that… one after another… month after month… paper after paper.

Pettifogging standards… jackass codes… pointless rules… every one of them expensive and time-consuming. Finally, even a seasoned entrepreneur was forced to give up:

Essentially, I spent seven months trying to not only figure out what I needed to do, while I was paying rent and utilities, but I also spent many hours trying to figure out the complexities of what the state required.

The law in Nevada is called the Nevada Revised Statutes, or NRS. The statutes for retail food are about 500 pages thick. That’s just the codes that cover food. This does not cover the building, electrical, plumbing, and service codes (such as ADA compliance, handicap parking, etc.).

It always amazes me when politicians use the sound bite of how they will ‘create jobs.’ Well, I am an entrepreneur and have created thousands of jobs over the past 25 years…

But here are at least six jobs that I won’t be creating.

Meanwhile, the Harvard Business Review reports a shocking figure: Between 2003 and 2012, companies listed on the S&P 500 spent 54% of their profits buying back their shares (reducing the number – and raising the price – of outstanding shares).

These companies devoted another 37% of their earnings to dividends. That means 91% of profits of America’s top corporations went to shareholders. Just 9% went into capital investment, research and development, expansions, and wage increases.

When we first saw that number we thought it must be a mistake. In our business, we have reinvested about 90% of our profits over the past 20 years – the opposite of the 449 S&P 500 companies in question.

What kind of business would be so shortsighted as to give up so much of its capital?

What kind of corporation would spend so little on R&D… business development… and capital investment?

Ah… then we realized: It’s the cronies at work!

Cronies in the C-Suite

First, as to why a company would do such a foolish thing, the Harvard Business Review gives us the answer:

In 2012, the 500 highest-paid executives named in proxy statements of U.S. public companies received, on average, $30.3 million each; 42% of their compensation came from stock options and 41% from stock awards.

By increasing the demand for a company’s shares, open-market buybacks automatically lift its stock price, even if only temporarily, and can enable the company to hit quarterly earnings-per-share targets.

The cronies are paid to do it.

You’re probably wondering how this fits into the Great Zombie War. Isn’t this just capitalism at work? Isn’t this their own money… and they can do with it what they choose?

We answer these questions with questions of our own: How is it possible for them to do this? In the normal course of business you’d think they would need to hold on to more of their money. They are capitalists, aren’t they? They must need capital, don’t they?

Well, you are underestimating the subtlety of the zombies’ war plan.

It is fueled almost entirely with credit… provided at ultra-low cost by their cronies at the Fed. The cheap credit permits corporate America to borrow heavily at little cost and distribute this cash to shareholders… and, more importantly, to corporate insiders.

C-suite cronies are looting America’s top corporations of their capital and replacing it with debt. The public will shoulder the cost of so much cheap credit in the form of future inflation. Meantime, corporate insiders enjoy the spoils in the form of blowout bonuses.

That is why the zombies are fighting so hard to keep the credit bubble inflated – not, as commonly advertised, because it stimulates a recovery.

Cheap credit gives them a way to take what isn’t theirs.

And the war goes on…