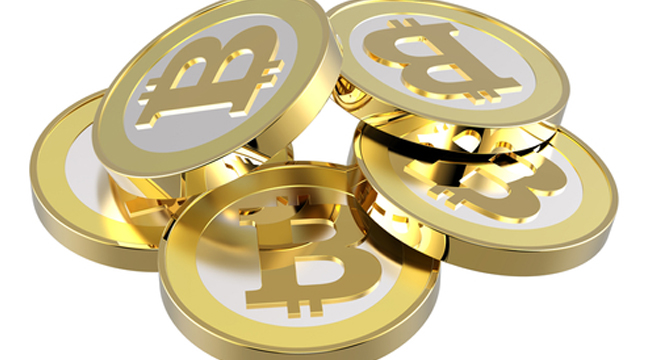 Bumps on the Bitcoin Road

Now that Bitcoin seems to be on the way toward monetization, or at least the long process is noticeably under way, there are a number of issues that are troubling people. I will deal with a few here. Note this crucial distinction that is somehow lost on many commentators on the Bitcoin issue. The flaws are not with the technological unit itself, but with its mode of delivery in real market conditions.

When do we know it is money? As I was preparing a report for subscribers of the Laissez Faire Club, I was going through the list of goods and services currently priced in Bitcoins and available on the Web. It is mind-boggling how many there are. I’m not sure I knew just how much you can get right now. The conspicuous hole in this panoply are local merchants — the pizza joint down the street, the rent, the cab fare. Otherwise, anything you can buy on the Web, you can buy with Bitcoin.

Then it suddenly occurred to me.

If you put this list together and look at the total, what you find are more goods and services available right now using Bitcoin than have been available to most everyone in all times and places using any money that has ever existed in all of human history except for the past few years.

True, you can buy more with dollars now, but you can get more stuff with BTC now than you could get with dollars in the 1980s or any earlier time in history. You can buy more varieties of grain, cereal, and spices now than you could get with government money at the local grocery back then. You can buy smartphones, tablets, scanners, and cameras that didn’t even exist back then. You can get clothing at prices that were unthinkable back then.

In other words, from a broad historical perspective, Bitcoin is already one of the most functional currencies in the history of humanity.

What keeps it from being money — Bitcoin’s value is constantly assessed in terms of its exchange ratios with government currency — is not its usability, but its stage of development. Its volatility is a problem that raises other problems. The other problem has to do with current infrastructure of Bitcoin that is not sufficiently mature to justify calling it a full-blown money at this point. All the signs look great, but we are not there yet.

For example, many in the Bitcoin world today are enormously frustrated with Mt. Gox, the Bitcoin exchange in Japan that processes some 67% of the Bitcoin business on the Web. That’s down from its near-monopoly status just two years ago, and its percentage of overall business will continue to decline.

One factor that troubles many is that Mt. Gox is highly conventional in its political relationships with the state. Just getting an account requires a great deal of information, more than most people would give even to open up a local bank account. There is no anonymity — not even close. However, this situation will surely be short-lived. The more government money moves to digital currency, the more exchanges can rely on a self-sustaining Bitcoin economy. The problem of state-connected, privacy-violating corporations is a feature of the transition, but not of the long-term operation of the system.

The process toward this self-sustainability will follow no predictable course. In the digital age, conditions can change extremely rapidly. As we saw with Cyprus, if people believe that government can rob them of their money, they will do what they can to move it, regardless of ideology. No one likes to be robbed. A technology that can prevent that can go from obscurity to ubiquity in days.

But there are other problems with Mt. Gox. It has borne the brunt of anger for several instances of technical failure since 2009. Most recently, the runup of the BTC-to-dollar exchange ratio from $30 to $266 in a matter of days overwhelmed Mt. Gox’s servers. At the same time, the service was hit by DDoS attacks. After the onslaught and constant crashes that drove a selling panic, the company finally declared a cooling-off period of 12 hours while it upgraded its servers.

Right now we are watching a mad scramble for other services that can provide more reliable service and thereby diversify the Bitcoin trade. Many people sense that the market function of price discovery is being inhibited by industrial concentration in the world of Bitcoin. It seems unsustainable for there to exist tens of thousands of Bitcoin retailers and services but for one company to so thoroughly dominate the producer end.

But there’s a beautiful thing going on here. There are no restrictions on establishing a Bitcoin exchange. The barriers to entry are extremely low, and there are not yet any prohibitive legal barriers. This means the competition for handling coins is already very intense. For Mt. Gox to survive in this environment will require it to be unrelentingly innovative.

Is it? All services like this wear their flaws on their sleeves, because they are seen by 100% of users. When things go wrong, we lunge for our rotten tomatoes and start hurling them. Having been on the other side of this for many years, my sympathies go out to any company faced with these sorts of problems.

In the world of server administration and website management, problems are preludes to solutions. The failures serve a profoundly important purpose: They draw attention to the weak points of the current server and database configuration. Things have to break in order for them to be fixed properly and with precision. One hates for this to happen in real-time, but such is the way with markets. This is no perfection out of the box, and this is the way it must be. The upheavals are more productive in a market economy than the stability. And again, these problems have nothing to do with Bitcoin, but rather with the infrastructure in which it is being introduced to the market.

A larger problem with Bitcoin concerns its essential structure that lends itself to growing value in terms of goods and services over time. This is also known as deflation. With a supply that grows on a predictable basis leading to a final fixed supply, it will always buy more and more. Why would that be a problem? Deflation poses special problems for merchants.

Let’s say that for 100 Bitcoin, you buy five tablets that you intend to resell at a profit. But by the time they enter the market, the value of Bitcoin has risen and you can’t resell them at a reasonable markup. This is a similar situation many merchants found themselves in with memory sticks and thumb drives over the last 10 years. They bought them and ended up eating them, given their falling retail prices.

How can merchants deal with this? Well, we can be inspired by the software and computer markets over the last 20 years. Deflation has been the rule. The retailers who have made it through have proven themselves to be radically “antifragile,” in the neologism of Nassim Nicholas Taleb. They have adapted through limited inventory, providing top service, excellent marketing, and a general reliance on relentless improvements in product quality to carry the day. These have been gigantically profitable industries in spite of the constant fall of prices of their goods relative to money.

If Bitcoin does, indeed, grow in value over time, savers will be rewarded. But never forget this fundamental truth: The only point of saving is eventual spending. Those who are hoarding Bitcoins today will be on the market for Bitcoin products and services tomorrow. This is a truth that Keynesians of all sorts turn away from, but it highlights the reality that hoarding is actually a productive force in the market economy.

Still, replicating that model with today’s wild volatility of Bitcoin seems implausible. But this raises another issue. Why should this volatility matter in our minds at all? Because the market is still in its infancy. We are accustomed to constantly checking the price of Bitcoin in terms of other currencies. It does not always have to be this way. For example, most people today couldn’t tell you anything about the dollar-euro exchange rate, because it just doesn’t matter. The more we deal in one currency, the more we think in terms of that currency, not its exchange rate.

Bitcoin will have matured as a currency when people concern themselves not with the exchange rate in terms of other monies, but with its value against the goods and services it buys. At that point, it will not be necessary for merchants to constantly adjust prices. The prices in Bitcoin will have meaning on their own. Even now, Bitcoin users grow tired and frustrated with the relentless focus on its dollar price. This focus tempts people to think of Bitcoin as a speculative product or investment, rather than what it seeks to be: an emerging unit of account.

Part of the irony of Bitcoin’s volatility is that it is a sign of its success. The markets are testing it, flitting between belief and doubt based on events such as bank runs and currency upheavals. It is a viable alternative today to government currencies, which is why we are seeing panic rushes to buy, followed by panic rushes to sell. Once the futures markets of Bitcoin have matured, we will start seeing those ups and downs smoothed over in a way that at least incorporates the speculative judgments of the players with skin in the game.

So yes, there are myriad problems between where we are today and where I think we will eventually be, with money finally leaving the analog age and entering the digital age. But the trajectory is clear, and those who see this and act on it will be ahead of the historical curve.