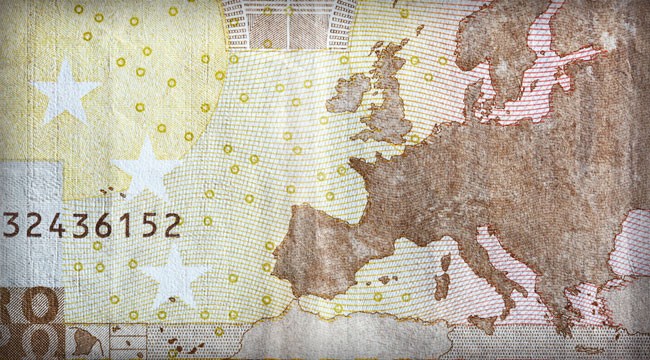 First came Brexit. Then came Trump. And on Sunday, Italians will likely deliver the third major rebuke to the global elites this year.

Jim Rickards has offered his invaluable insight into this next political earthquake. And who better to ask? Jim was among the few who wouldn’t rule out the possibility that Britons might choose to leave the European Union. Then he really stuck his neck out and forecast a Trump victory.

On Sunday, Italians go to the polls to say yea or nay on constitutional reforms. “The vote,” Jim tells us, “has morphed into a referendum on the pro-EU leadership of Italian Prime Minister Matteo Renzi. In effect, this referendum is a kind of ‘Italian Brexit’ vote, although a ‘no’ vote would not cause an immediate exit from the EU.”

But it would prompt Renzi to resign. He’s said so. “That would necessitate new elections,” Jim goes on, “which could facilitate the rise of the Italian Five Star Movement. Five Star is an anti-EU, anti-immigration nationalist party.”

“The Five Star leader is like the Donald Trump of Italy,” Jim adds.

Indeed. This morning’s Wall Street Journal tells us of a video posted by Five Star leader Beppe Grillo, who got his start in public life as a comedian.

“An era is going up in flames,” Grillo says — with Trump’s election-night victory speech playing in the background. “It’s the risk-takers, the stubborn, the barbarians who will carry the world forward…We will end up in government, and they will be asking, ‘How did they do it?’” 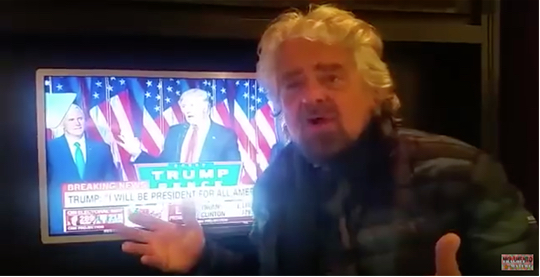 Back to Jim: The fear is that the fall of Renzi and the rise of Five Star could lead eventually to Italy’s withdrawal from the EU and the breakup of the euro.

“Of course, that kind of turmoil has negative implications for Italian and German banks that are facing insolvency for other reasons. In a worst case, a breakup of the euro and collapse of European banks could ignite another global financial crisis.”

The Renzi government is planning some large bank bailouts. His resignation would put those plans on hold. Thus the Financial Times story we mentioned on Monday, in which anonymous “insiders” warned that if Italians vote “no,” it could bring down eight shaky Italian banks… and by extension, the sickly German giant Deutsche Bank.

Key point: Unlike Brexit and Trump, the polls already show a “no” vote is a near-certainty.

“The Italian referendum is important, but the fears are overblown,” says Jim.

[Heh… Bet we threw you for a loop there. Who says we’re all about doom and gloom?]

“Italy is a core member of the EU and the eurozone,” Jim explains, “along with Germany, France and the Netherlands. Leaving the euro is almost inconceivable under any circumstances. In fact, the people of Italy support the euro because they recall the bad old days of the Italian lira and government theft of savings through continual lira devaluations.”

And Jim goes a step further: “The situation in Italy is far less precarious than Greece in the 2010–15 European sovereign debt crisis.

“When it came time for a showdown in June 2015, Greece chose to remain in the euro and accept austerity rather than go back to the Greek drachma. Italians will do the same, while suffering far less austerity than the Greeks.”

So there. Italy will be the third great shock to the political system… but the financial impact will be less than the mainstream hand-wringers would have you believe.