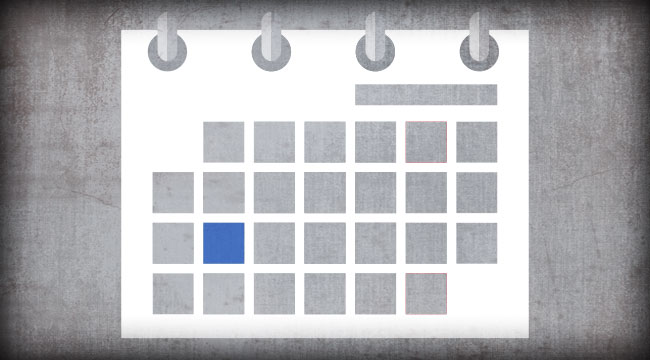 Blue Monday and the City Cinderella

Volume was so high the tape — which showed stock market prices — lagged real-time by over two hours.

Peter Stormonth Darling was an investment manager at Warburg at the time. He strolled in to tell his boss, Tony Griffin, how much the market had fallen.

“Tony sat back, paused to reflect a moment and just laughed,” Darling writes of the incident in his memoir, City Cinderella: The Life and Times of Mercury Asset Management, published in 1999.

He goes on to write:

“This was not because he had anticipated the crash or sold his own investments — he had not. It was his way of keeping the event in perspective. I’m sure it was the right way to act.

“It was a useful lesson and it helped me to view with some equanimity subsequent market collapses such as those in 1974, 1987 and 1998. Depressing as it is to stand by helplessly and see the prices of your shares tumbling day by day, the correct investment response to a market crash, I learned, is to do nothing.”

City Cinderella is a good read and one of the best such memoirs I’ve read in a long time. I read this book on the plane to and from California recently. I hope the applicability of the above timeless wisdom to the markets of today is obvious.

Darling was chairman of Mercury Asset Management from 1979 up until Merrill Lynch acquired it in 1992. It was, at the time, the largest acquisition of a fund management business ever. With a stroke of a pen, Merrill became the world’s fourth-largest active money manager.

Mercury itself was a big success. The stock, from the time it went public in 1987 to the buyout in 1992, was a 30-bagger. It generated a return of better than 20% annually and probably would’ve become a 100-bagger if left alone. This leaves Darling in a good position to deal in investing wisdom. And he does.

He comes to know a number of wealthy people, some who are also shrewd investors. He studies them, trying to discover their methods. He writes:

“These often amounted, I found, to no more than backing quite heavily a very small number of companies where they knew and believed in the top management, and holding their investment indefinitely, regardless of short-term fluctuations.”

Shrewd investing is really as simple as that.

Darling sums up his own philosophy, which I can boil down to several bullet points:

And finally: “Do not worry about timing, currency, country, markets or even price — you will always have to pay up for quality. Thereafter, benign neglect is the best policy.”

It’s not a bad battle plan and pretty close to what I recommend in Mayer’s 100x Club. It’s simple to lay out and say, but harder to do. Some people, I’ve simply come to accept, can’t do it. They are too nervous, too full of worries, to let any stock alone. I hope you are not among them.

But then, too, I think of what John Rockefeller once said somewhere. He said that all the money he earned was not worth the many sleepless nights he endured. There’s something in that. Investing well is not worth sleepless nights, and you may have to do what suits your personality.

But back to Darling…

He also writes about his early day working for Siegmund Warburg, a fascinating figure of whom Darling paints a warm portrait. Darling has a sense of humor and tells a number of funny stories along the way.

One Warburg story: Warburg wants to convince a certain executive, John Heimann, to join him. They have a meeting. During the meeting, his secretary pops in to tell him the chairman of the Bank of England is on the line. The conversation goes as follows:

Warburg: Tell him I will telephone him shortly.

Warburg: Well, he may think it’s important, but for me nothing is more important than my discussion with Mr. Heimann.

Of course, Warburg and his secretary planned this little ruse in advance to impress Heimann.

Another story: Back when managers still made calls to their rich clients to place trades, one manager called a wealthy English lady client living grandly in Italy. He wanted to buy some mining shares for her. “I’m afraid I don’t understand a word you’re saying,” she told him. “I’m going to pass you on to my dog.”

And some advice for middle age: You can often change your wife or your job, but it’s reckless to do both.

Mercury was once a subsidiary of Warburg’s. But it wound up being a much bigger success than its parent. Darling has a thoughtful chapter on the decline of Warburg, which a Swiss bank bought out for cheap.

One reason for its decline is worth sharing here: The insiders at Warburg didn’t own much stock.

“While its executives were granted share options, their combined ownership of the firm was only about 1%. They seldom behaved like owners…”

This is theme throughout the book. Earlier, he writes how it is common knowledge that people work more effectively if they have “a meaningful stake” in what they do. “They may not work much harder,” Darling writes, “but they really care about profits and the value of the business. They even start remembering to turn out the lights when they leave the office, and they save the paper clips.”

It’s common sense, but it’s amazing to me how many investors and advisers never even bother to look at management’s stake.

In summary, there is a lot of good stuff in the book. If you like reading these kinds of investing memoirs, I recommend this one.