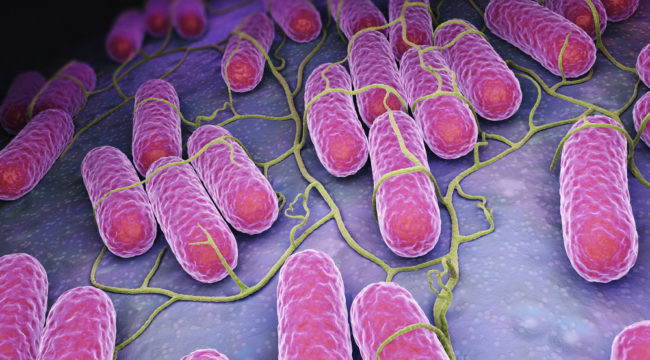 Rich or poor, famous or unknown, cancer doesn’t care who you are.

Biotech stocks can make huge overnight moves based on clinical and regulatory news.

But as with other stocks, the possibility of a buyout can push prices sharply higher, too.

Rumors of an acquisition have landed one company in the spotlight big-time. And recent news is sending shares north in a flash.

For over a year, I’ve been a big fan of this fantastic pre-commercial-stage biotech.

Over the past few years, I’ve seen this company build out a powerful pipeline of late-stage antibiotic therapies.

And the company’s lead drug has completed multiple Phase 3 trials.

These infections are scary, and they’re made scarier by the fact that many of our best antibiotics no longer work against them.

Earlier this year, we got treated to more good news when the company completed a Phase 3 trial in community-acquired bacterial pneumonia (CABP) — one of the most common kinds of infection. The drug was given to patients intravenously, with a “step down” once-daily oral form of the drug.

Again the drug sailed through with flying colors — with the potential to treat pneumonia that’s resistant to current drugs.

Then last month, the company demonstrated that an oral form of the treatment works for dreaded flesh-eating bacteria.

Oral delivery is for commercialization. Oral antibiotics are far more readily adopted than ones that work intravenously alone.

Patients can take the drug at home, rather than needing hospitalization for an entire course of treatment. A patient can continue treatment after discharge.

To make the future of this company even brighter we have news that the company released pivotal Phase 3 data for a new acne-fighting antibiotic. The new antibiotic aims to make life a little easier for people suffering from severe and disfiguring acne, a condition that afflicts thousands.

The bar is higher for a condition like acne than for a life-threatening lung or skin infection, so the company has to do more than just show efficacy — it has to show that it is very safe.

But the drug went through the rigorous late-stage trial with excellent results.

The next step for the company is to bring New Drug Applications to the FDA — something it intends to do soon.

Filing and receiving approval will help catapult this company’s shares far beyond their current valuation.

I expect the company will have a billion-dollar-plus market cap by next summer — and probably a good deal in excess of that.

The revenue potential of a new effective antibiotic has large drugmakers drooling. One of the company’s new treatments alone could pull over $1 billion in annual sales.

And now to make things even more enticing we’re hearing reports of a potential of a sale.

We don’t know who the buyer is, or even if the buyout will happen. But if I had to venture a guess at a buyer, I’d point the finger at pharma giant Merck.

The Merck deal is a tantalizing idea, and if it were to go through share prices could explode higher than they are reaching even now in light of the successful headways made with FDA trials.

We could easily see the company’s stock double from here. And that’s an important thing to keep in mind for the space as a whole. As Big Pharma companies acquire smaller ones and absorb their innovations, the small companies typically see a huge bump in value.

Even if merger talks are just speculative rumors, plays in biotech thrive off media buzz, and no news is bigger than mergers and acquisitions. Which means big payoffs with the right moves on news like this.