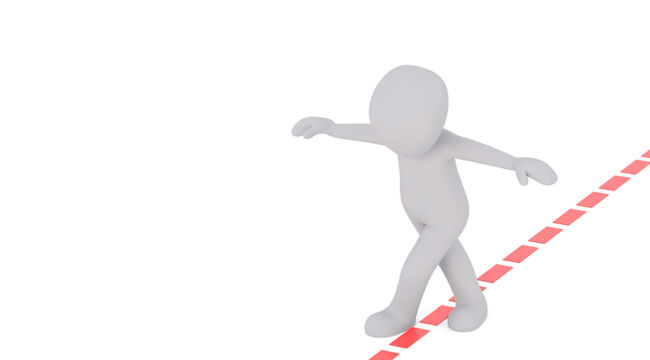 The Russian invasion of Ukraine enters its sixth day as talks between Russian and Ukrainian delegates took place in neighboring Belarus today.

Ukraine has reportedly demanded an immediate ceasefire. There’s been no formal announcement yet. Either way, the U.S. and the West have escalated the sanctions regime against Russia.

Joe Biden crossed a critical red line on Saturday, and the world will never be the same.

Biden and other Western powers agreed to kick certain Russian banks out of the SWIFT message system. This is like cutting off oxygen to someone in intensive care. What is SWIFT?

SWIFT stands for the Society for Worldwide Interbank Financial Telecommunication. Contrary to what you may hear, SWIFT is not a financial institution and it’s not a payment channel. It’s a message system.

But the messages are of the utmost importance. It’s how one major bank confirms to another major bank that a large payment is being made by specifying the sender, receiving bank, amount, currency, date and other details. Once the message is sent, the receiving bank becomes the legal owner of the amount in question.

The actual payment may go through various payment systems such as Fedwire, but that’s mechanical. The SWIFT message is what sets the legally binding terms for both sides.

The Worst Liquidity Crisis Ever?

The only major country that has been “deSWIFTed” in the recent past was Iran in 2011 and that was devastating to their economy.

The Russian economy will slowly suffocate without access to SWIFT. Still, Biden went further. They not only kicked Russian commercial banks out of SWIFT, but also kicked the Central Bank of Russia out of the system except for certain transactions that may be approved on a case-by-case basis.

Here’s what Biden’s team of amateurs don’t understand. Every payment, every trade, has two sides. When you blow up one side (Russia) you also blow up the other side (world banking system). Linkages are dense and immensely scaled.

For example, French Finance Minister Bruno Le Maire warns that the ban would hinder Europeans’ ability to recover payments on nearly $30 billion in debt owed them by various Russian entities.

Is that what Biden wants? He may get a global depression before he knows it. Be careful what you wish for.

Here’s something else to consider: If you look at the memberships of the EU, NATO and the SWIFT executive committees there’s a huge degree of overlap. Now that SWIFT has kicked out Russian banks, I’m not sure that Russia will care about legalistic distinctions.

They’ll see SWIFT as NATO. Then there’s the China question…

The Russian invasion of Ukraine has naturally led to speculation about a possible Chinese invasion of Taiwan. What both invasions would have in common is a perception of weakness on the part of Joe Biden and the United States.

The way you deter war is through strength, not weakness. After the U.S. surrender and chaotic exit in Afghanistan, the world realized that Biden was weak and his team was incompetent. Putin and Russia raced to take advantage of that in Ukraine. Will Taiwan be next?

My guess is probably not. Biden’s weakness may be something the two situations have in common, but there are critical differences.

Ukraine was a land invasion by Russia, which has a border with the target. Taiwan would be a massive amphibious invasion across the Taiwan Strait. China has no prior experience in amphibious warfare and such invasions are extremely difficult to execute.

Just look at D-Day, Inchon, Iwo Jima and Okinawa if you want to see how difficult they are to plan, carry out and win.

The U.S. does not have a formal treaty with Taiwan, but policymakers expect that the U.S. Seventh Fleet would intervene to at least slow any Chinese attack. And Taiwan has a far more capable and well-equipped military than Ukraine. That said, an invasion cannot be ruled out.

It’s All About the Semiconductors

The main economic impact would be in semiconductors. Taiwan is the largest single source of semiconductors in the world, including the most sophisticated chips of the 5-nanometer design. Taiwan is also working toward production of 3-nanometer chips. China would love to capture that technology and the fabrication plants that go with it, but they won’t.

If an invasion began, Taiwan would destroy all of that capacity before the Chinese could get to it. If Taiwan didn’t, the U.S. would. This is why Taiwan Semiconductor and Intel are building multibillion-dollar fabrication plants in the U.S.

These will take several years to build, but when they’re done that new semiconductor capacity will be beyond the reach of the Chinese Communists. This bird will have flown.

Still, there’s a global semiconductor shortage today even without a war. Rumors of a war in the Taiwan Strait will just make matters worse.

But the good news is that an imminent Chinese invasion of Taiwan is unlikely. Unfortunately, I have to conclude on an ominous note…

World War III may be a lot closer than you realize. I’ve studied nuclear war fighting since the 1960s, including major scholarly works such as On Thermonuclear War (1960) by Herman Kahn.

There’s a lot of learning on the topic, but all of the studies boil down to the same warning: Don’t go there.

The process by which nuclear war happens is called escalation. Two nuclear powers start out with a grievance of some kind. The grievance may be played out using proxy powers such as Vietnam in the 1960s and Afghanistan in the 2000s.

One side escalates the conflict by doing something unexpected or extreme. The other side does not stand still; they take an extreme retaliatory action. The first actor then retaliates to the retaliation and so on. Now we have a dynamic where two sides are climbing the escalation ladder.

“The Escalatory Dynamic Has Begun”

Again, it’s important to emphasize that neither side really wants a nuclear war, but once they start climbing the ladder, it’s hard to stop. Eventually one side pushes the other so far that the only response is to use nuclear weapons. At that point, you’re no longer just escalating; you’re at the brink of a nuclear launch.

To make matters worse, the other side sensing that their opponent may go nuclear will be under pressure to go nuclear first in order to avoid being hit themselves. This then goes into another branch of theory involving first-strike, second-strike, counterforce and counter-value strategies, etc.

I don’t have to do a deep dive on these theories in order to make the point that a nuclear war doesn’t begin with a nuclear attack. It begins with small steps that spin out of control.

To make the point about escalation, just two days after NATO activated its response force, Putin activated the Russian nuclear forces by putting them on full alert.

We haven’t seen the Western military response yet, but it would come as no surprise if the U.S. put their nuclear forces on high alert also. The escalatory dynamic has begun. We’ll see where it ends up.

Smart citizens should prepare for the worst. Let’s pray it doesn’t happen.