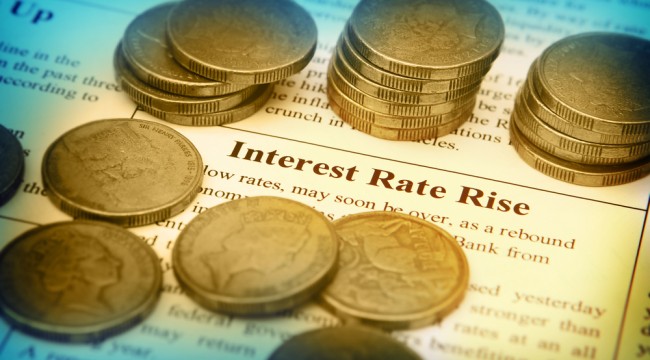 MELBOURNE — How should you value assets in the age of the interventionist central bank?

The same as before? Differently?

Wall Street veteran Lazlo Birinyi reckons relying on past measures of valuation is a mistake. It sounds like a classic ‘top of the boom’ comment. But it’s not far from the mark.

Anchoring stock market predictions on valuation data that go back a century or more is a prescription for failure, according to Laszlo Birinyi.

‘Things have changed in a world dominated by institutional investors, hedge funds and service industries, and sentiment is as likely to drive prices as anything else, the 72-year-old former Salomon Brothers Inc. analyst wrote in a note to clients.

What Birinyi fails to mention is the effect of lower interest rates on asset prices, caused by the intervention of central banks. It’s low interest rates that drive the investing appetite of ‘institutional investors and hedge funds’.

Not to mention pension funds, who can no longer earn their required returns from the relatively low risk world of government bonds. As a result, they’re moving into property and infrastructure assets…along with everyone else trying to escape the tyranny of low or zero interest rates.

This has the effect of pushing asset prices significantly higher. In turn, this encourages leveraged speculation, and the increased debt build up eventually leads to financial instability.

Here’s how it works…

Say interest rates are 5%. Add in a few per cent as a ‘risk premium’ and you get 8%. This is your ‘capitalisation rate’. It’s the interest rate you use to put a capital value on an existing or potential earnings stream.

Say you have a commercial property earning $1 million per year. Capitalising these earnings by 9% would give a value of $12.5 million ($1m/0.08)

This scenario is obviously pre the days of ultra low interest rates. Where can you get a 8% yield on decent commercial property these days?

Now, in come the all-powerful and wise central bankers, and lower interest rates to the floor…all in the hope of stimulating growth.

Interest rates move to 2%, the ‘capitalisation rate’ falls to 5% (or even lower if you’re talking residential property).

The property generating $1 million per year in rental income is now worth $20 million. That’s a rise of 60% on the old valuation!

Now, transfer this example on property to the stock market. Birinyi has a point. As a (former) value investor, I know better than most the frustration of trying to find good value stocks in today’s marketplace.

The ‘capitalisation rate’, or the ‘discount rate’ as it’s known in the world of stocks, is now extremely low.

If you sit back and insist on valuing companies on a 12% discount rate or higher, you’re simply not going to find quality opportunities. Instead, you’ll end up investing in resource sector dogs in the mistaken belief that a higher discount rate compensates for risk.

I said that I was a ‘former’ value investor. That’s not true entirely. I still believe you need to buy stocks cheaply to have a successful long-term investment. But cheap today is not the same as what cheap was a few years ago. The investment world is all relative. There are no absolutes.

So I’ve made some adjustments to my value investing technique, to move with the times. The results are encouraging. I’ll tell you about it some other time.

For now, I want to make the point that low interest rates are a double edged sword. Sure they push asset prices higher and make the owners of those assets feel wealthier. But they create such structural distortions in the market that they sow the seeds of their own demise.

‘Bond king’ Bill Gross said as much in a recent letter to investors:

But perhaps the recent annual report from the BIS – the Bank for International Settlements – says it best. The BIS is after all the central banks’ central banker, and if there be a shift in the “feed a fever” zero interest rate policy of the Fed and other central banks, perhaps it would be logically introduced here first.

The BIS emphatically avers that there are substantial medium term costs of “persistent ultra-low interest rates”. Such rates they claim, “sap banks’ interest margins…cause pervasive mispricing in financial markets…threaten the solvency of insurance companies and pension funds…and as a result test technical, economic, legal and even political boundaries.”

Low interest rates may not cure a fever – they may in fact raise a patient’s temperature to life threatening status. Yellen, Fisher, Dudley and company may not be in total agreement, but they assuredly are listening as this week’s Fed meeting will likely attest.

In other words, the Fed will raise rates not because the economy is strong enough to handle it, but because the long term health of financial markets need it.

That’s Gross’ feeling anyway. I’d be surprised if central bankers themselves actually believe that they’ve been slowly suffocating the patient all these years instead of piping fresh air into the room.

But the point to keep in mind is that the thinking on interest rates is beginning to change. The ‘lower for longer’ theme may be running out of puff.

Keep this in mind if you plan to load up on debt to buy assets that need prolonged low interest rates to maintain their value.