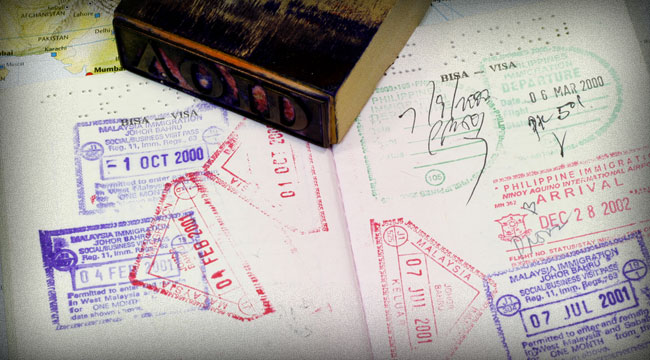 Behind the "Record" Expatriation Numbers

The number of Americans expatriating in the first quarter of 2013 has set a record.

“More than 670 U.S. passport holders gave up their citizenship — and with it, their U.S. tax bills — in the first three months of this year,” reports Fortune, poring over a list of names released yesterday by the IRS. “That is the most in any quarter since the IRS began publishing figures in 1998.”

Among the big names: Mahmood Karzai, one of Afghan president Hamid Karzai’s brothers… and Isabel Getty, heiress of the Getty oil fortune. The total — 679 to be exact — “is nearly three-quarters of the total number for all of 2012,” Fortune says breathlessly.

Not so fast, says international tax attorney Andrew Mitchel. “It appears that the government forgot to include some of the names in the Q4 2012 list,” he says, “and that they have now included those names in the Q1 2013 list.” The chart Mitchel maintains based on IRS data bears out his thesis… 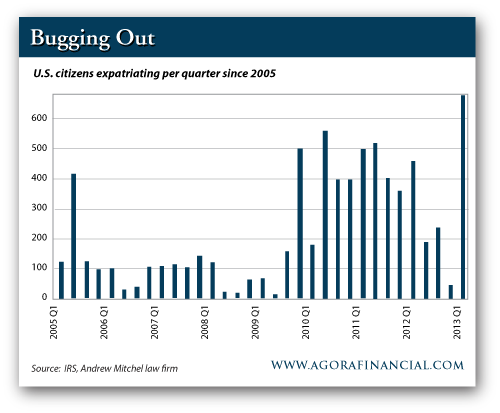 And even that’s not the whole story. “We’re looking at a tiny data set that’s bound to fluctuate wildly,” we said earlier this year in Apogee Advisory. “Assume that everyone who gave up their citizenship in the last five years is in the top 1% of income earners. That’s fewer than 0.4% of 1.35 million people.”