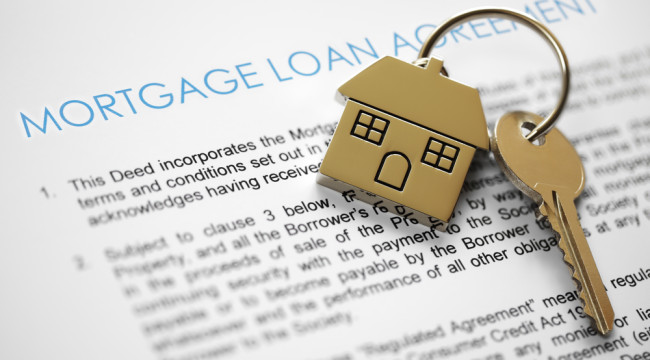 Banks Are Now Paying People to Take Out Mortgages

On our way over, our taxi driver told us that Luciano Pavarotti rated it as the second best opera house in the world (after La Scala in Milan).

Your editor’s wife has a tendency to try to improve him culturally by insisting that they go to museums, ballets, concerts, plays, or operas together.

Your editor goes along with good grace but has a tendency to fall asleep. But the story (better known as Don Juan)… the theatre… and Mozart’s music were all so magnificent that our eyes and ears remained wide open.

Don Giovanni is a wicked cad. He seduces hundreds of women all over Europe. And two women succumb to his charms, on stage.

Two couples are put to the test as Don Giovanni leads the women astray. But somehow (it was not clear to us exactly how or why), the infidelity is forgiven… and Don Giovanni is struck down.

We found the ending weak and unconvincing, but we’re not going to argue with Mozart. At least, not today.

Yesterday, we rose before dawn to take a flight from Buenos Aires to Salta, a city in the northwest. Now, we are at the family ranch… a roughly four-hour drive away.

The farm will occupy much of our attention over the next three weeks. But this morning, we are still trying to make sense of the world we left behind.

That world just gets, as Alice remarked of Wonderland, curiouser and curiouser.

Last week came news that the World Bank was lending more than ever before… that Japan had decided to go even fuller retard with even more negative interest rates… and that the International Monetary Fund, the mother hen of central banking, was urging her little chicks further into the fox’s den. Reports newswire service Reuters:

The International Monetary Fund said on Sunday that a move to negative rates by some of the world’s central banks would help deliver extra monetary stimulus and ease lending conditions.

Six of the world’s central banks have introduced negative rates, most notably the Bank of Japan and the European Central Bank, and around a quarter of the world economy by output is now experiencing official rates that are less than zero.

“Although the experience with negative nominal interest rates is limited, we tentatively conclude that overall, they help deliver additional monetary stimulus and easier financial conditions, which support demand and price stability,” the IMF’s financial counselor and director of monetary and capital markets, Jose Vinals, wrote in a research paper.

We don’t now know where Mr. Vinals got his facts… but they don’t stack up.

As colleague Chris Lowe reported in Market Insight last week, since the Bank of Japan first announced negative rates, on January 29, the yen has strengthened, not weakened.

Since then, the yen has gained 11% against the dollar… making it the second-best performing major currency (behind the Brazilian real).

And Japanese stocks, as measured by the Nikkei, are lower, not higher.

Since January 29, the Nikkei has plummeted 3.5%. That compares with a gain of 7% for the MSCI World Index (a good proxy for world stocks).

But the looniest of all the news last week came from Europe.

Two Belgian banks are paying people to take out mortgages. As Belgian newspaper Het Nieuwsblad reports (with a little help from Google Translate):

Getting paid to borrow money for your house. It seems too good to be true, but for some clients of [banks] BNP Paribas and ING, it’s not a dream but reality. The interest rate on their home loan is dropped below zero, and so they get money from the bank.

For those who, in 2012, closed a mortgage loan with a variable rate at BNP Paribas Fortis or ING are now very lucky. Due to a decline in interest rates, the interest rate on their home loan has also fallen below zero. In other words, the banks pay their customers rather than collect interest.

Although the news was not completely unexpected, it is nevertheless shocking.

It is as though some invisible barrier had been crossed, separating the real world from the world of total make-believe… where down is up, yes is no, and every shiftless crackpot can now… apparently… live in a mansion for free.

On the Nutty Scale

A few months ago, we tried to understand negative mortgage rates as a hypothetical matter.

“How crazy is that?” is an expression of surprise and wonder. But there should be some metric… a quantitative measure (1 to 10 perhaps)… that allows us to figure out how just how nutty a given thing is.

If there were such a scale, where would negative mortgage rates fall?

The world of finance is always a fantastic world. People can believe whatever they want.

Should hot electric car maker Tesla sell at a negative P/E ratio – MINUS 917?

Should 10-year bonds issued by a bankrupt government run by madmen yield less than zero?

When banks lend money to the government, the whole transaction is largely imaginary anyway. The money comes from nowhere. It is worth nothing.

Why shouldn’t it be lent out for less than nothing?

The world of houses is different. It is real. Bricks and mortar. People live in houses. They cost money and time to build.

They are actually… positively… no doubt about it… worth something.

But if you can get a negative-rate mortgage, the world turns upside down. It is as though the house had less than no value.

How crazy is that?