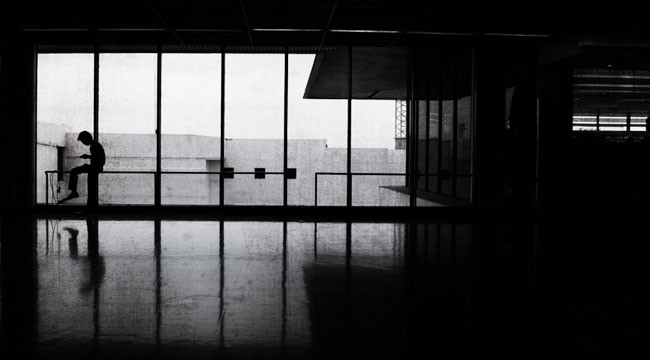 Editor’s Note: Jim Rickards has published a third book entitled “The Big Drop: How to Grow Your Wealth During the Coming Collapse.” It’s available exclusively for readers of his monthly investment letter called Strategic Intelligence. Before you read today’s essay, please click here to see why it’s the resource every investor should have if they’re concerned about the future of the dollar.

The vast majority of the people working at the Federal Reserve are not uneducated. They’re mis-educated. They are very smart people who have worked very hard to learn the wrong things.

They’ve learned things that don’t exist in reality. Let me back that up, because that’s a big statement. When I lecture on complexity or on finance in general I include a digression on the history of science first.

There’s a case study laid out in a book by Thomas Kuhn called The Structure of Scientific Revolutions. Kuhn coined the phrase “paradigm shift.” I’m sure you’ve heard paradigm shift a million times. It’s often misused or it’s used as a cliché. Maybe somebody wears brown shoes instead of black shoes and a person says, “There’s been a paradigm shift,” when all that has really happened is somebody changed their shoes.

The way Thomas Kuhn intended it is that the paradigm is bigger than the model. We construct a model of reality as a tool kit for whatever kind of analysis we’re doing. Your paradigm is the way you see the world — the big picture that forms the model that supposedly corresponds to the reality.

For about 1,500 years, from the first century A.D. to the sixteenth century A.D., all the smartest people in the world — or anybody who thought about it — believed that the sun revolved around the earth.

It was called the geocentric view. The church believed it, but you don’t have to blame the church. This was science — because it was obvious. You woke up in the morning and the sun was over there and then it moved across the sky. Then it went down over there and then you went to bed. The next day it came up over there again. Clearly, the sun was revolving around the earth; that was very obvious.

Observers came up with a model that explained that the earth is the center of the universe, and that the sun, planets, moon and stars revolved around the earth.

They modeled concentric circles of the sun, moon, planet, and stars all revolving around the earth, which was the thought to be the center of the universe. This was science for 1,500 years. People modeled it and wrote equations explaining it.

It wasn’t mythology. They could write scientific equations to know what planet was going to be where on what day. Mathematicians, scientists and astronomers were doing this for 1,500 years.

What happened, however, was, by the late 15th century, scientific data started to improve. This was around the time of Galileo and telescopes. Scientists and astronomers started to notice that the planets weren’t exactly where the model said they were supposed to be. The data was coming in at odds with the model.

As a scientist, what you’re supposed to do at that point is question the model. But that’s not what they did.

What they did was embellish the model to account for the anomalies. They said, “Well, there are big circles which are called cycles. But if the planet’s off the cycle a little bit, then there must be what they called an epicycle or a little circle. So it’s doing a big loop, but while it’s doing that it’s also doing these little counterclockwise loops.” And they kept embellishing it. They wrote new equations for all of this. It is all well documented.

Finally, Copernicus came along and said, “Maybe the earth is not the center of the universe; maybe the sun is the center of at least the solar system. And maybe the planets — including the earth — revolve around the sun.”

Then Kepler came along and said, “And maybe the orbits are not circular, maybe they’re elliptical.”

And after him came Tycho Brahe who uses his telescope to take observations.

By the end of the 16th century, Copernicus, Brahe, and Kepler had created a new model. It’s the heliocentric model where the sun is the center of the solar system and the planets and the moon revolve around it in elliptical orbits.

And guess what? It works. That’s the model.

That’s an example of how, for 1,500 years, all the smartest people in the world, using very good math, physics and astronomy, were completely wrong.

The men and women at the Federal Reserve and IMF have 170 IQs and advanced Ph.D.s. But what good is all of that brainpower if you’ve got the paradigm wrong? They’re using equilibrium models, normally distributed risk, mean reversion, Monte Carlo simulations and other things that are the financial equivalent of thinking that the sun revolves around the earth.

What a small minority and I are doing is coming along saying, “no, the sun doesn’t revolve around the earth; the earth revolves around the sun.”

The best model for understanding capital markets is complexity theory, physics, phase transitions, network theory, graph theory and other applied mathematics that go along with those.

Let’s say you’re a really smart 25-year-old, and you’re trying to get a Ph.D. in finance. Perhaps you’re reading Strategic Intelligence or The Daily Reckoning and you say: “You know, I think they’re onto something. I think this complexity theory means something.”

But your professor, your Ph.D. thesis advisor, is a 55-year-old who spent the last 40 years learning about equilibrium models. Your professor won’t want to back away from it. It’s very hard when you’re 55, 60 years old to say: “Hey, everything I’ve been doing for the last 40 years is pretty much wrong.”

That’s how, even in the face of new ideas and new science, bad science perpetuates itself — all because of nostalgia. Fortunately, the old models are eventually replaced, but it takes time.