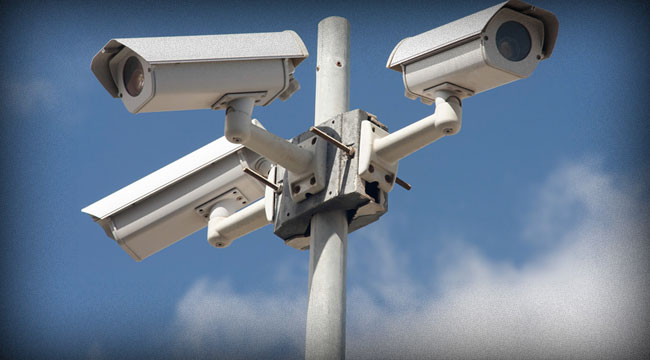 Law enforcement agencies are increasingly using sophisticated cameras, called “automated license plate readers,” or ALPRs, to scan and record the license plates of millions of cars across the country. These cameras, mounted on top of patrol cars and on city streets, can scan up to 1,800 license plate per minute, day or night, allowing one squad car to record more than 14,000 plates during the course of a single shift.

Photographing a single license plate one time on a public city street may not seem problematic, but when the data are put into a database, combined with other scans of that same plate on other city streets, and stored forever, it can become very revealing. Information about your location over time can show not only where you live and work, but your political and religious beliefs, your social and sexual habits, your visits to the doctor, and your associations with others. And according to recent research reported in Nature, it’s possible to identify 95% of individuals with as few as four randomly selected geospatial data points (location plus time), making location data the ultimate biometric identifiers.

To better gauge the real threat to privacy posed by ALPRs, the Electronic Frontier Foundation and the ACLU of Southern California asked the LAPD and LA Sheriff’s Department for information on their systems, including their policies on retaining and sharing information and all the license plate data each department collected over the course of a single week in 2012.

After both agencies refused to release most of the records we asked for, we sued. We hope to get access to these data, both to show just how many data the agencies are collecting and to show how revealing they can be.

Automated license plate readers are often touted as an easy way to find stolen cars — the system checks a scanned plate against a database of stolen or wanted cars and can instantly identify a hit, allowing officers to set up a sting to recover the car and catch the thief. But even when there’s no match in the database and no reason to think a car is stolen or involved in a crime, police keep the data.

According to the LA Weekly, the LAPD and LASD together already have collected more than 160 million “data points” (license plates plus time, date, and exact location) in the greater LA area — that’s more than 20 hits for each of the more than 7 million vehicles registered in LA County. That’s a ton of data, but it’s not all — law enforcement officers also have access to private databases containing hundreds of millions of plates and their coordinates collected by “repo” men.

Law enforcement agencies claim that ALPR systems are no different from an officer recording license plate, time and location information by hand. They also argue the data don’t warrant any privacy protections because we drive our cars around in public. However, as five justices of the Supreme Court recognized last year in U.S. v. Jones, a case involving GPS tracking, the ease of data collection and the low cost of data storage make technological surveillance solutions such as GPS or ALPR very different from techniques used in the past.

Police are open about their desire to record the movements of every car in case it might one day prove valuable. In 2008, LAPD police Chief Charlie Beck (then the agency’s chief of detectives) told GovTech magazine that ALPRs have “unlimited potential” as an investigative tool. “It’s always going to be great for the black-and-white to be driving down the street and find stolen cars rolling around… But the real value comes from the long-term investigative uses of being able to track vehicles — where they’ve been and what they’ve been doing — and tie that to crimes that have occurred or that will occur.” But amassing data on the movements of law-abiding residents poses a real threat to privacy, while the benefit to public safety is speculative, at best.

In light of privacy concerns, states including Maine, New Jersey, and Virginia have limited the use of ALPRs, and New Hampshire has banned them outright. Even the International Association of Chiefs of Police has issued a report recognizing that “recording driving habits” could raise First Amendment concerns because cameras could record “vehicles parked at addiction-counseling meetings, doctors’ offices, health clinics, or even staging areas for political protests.”

But even if ALPRs are permitted, there are still common-sense limits that can allow the public safety benefits of ALPRs while preventing the wholesale tracking of every resident’s movements. Police can, and should, treat location information from ALPRs like other sensitive information — they should retain it no longer than necessary to determine if it might be relevant to a crime, and should get a warrant to keep it any longer. They should limit who can access it and who they can share it with. And they should put oversight in place to ensure these limits are followed.

Some have asked why we would seek public disclosure of the actual license plate data collected by the police — location-based data that we think is private. But we asked specifically for a narrow slice of data — just a week’s worth — to demonstrate how invasive the technology is. Having the data will allow us to see how frequently some plates have been scanned; where and when, specifically, the cops are scanning plates; and just how many plates can be collected in a large metropolitan area over the course of a single week. Actual data will reveal whether ALPRs are deployed primarily in particular areas of Los Angeles and whether some communities might, therefore, be much more heavily tracked than others. If these data are too private to give a week’s worth to the public to help inform us how the technology is being used, then isn’t it too private to let the police amass years’ worth of data without a warrant?

After the Boston Marathon bombings, many have argued that the government should take advantage of surveillance technology to collect more data, rather than less. But we should not so readily give up the very freedoms that terrorists seek to destroy. We should recognize just how revealing ALPR data are and not be afraid to push our police and legislators for sensible limits to protect our basic right to privacy.

Another Day, Another Huge Hack

A disaster for one company can quickly turn into a blessing for another. Today, Greg Guenthner shows you how to profit from those who protect your identity…