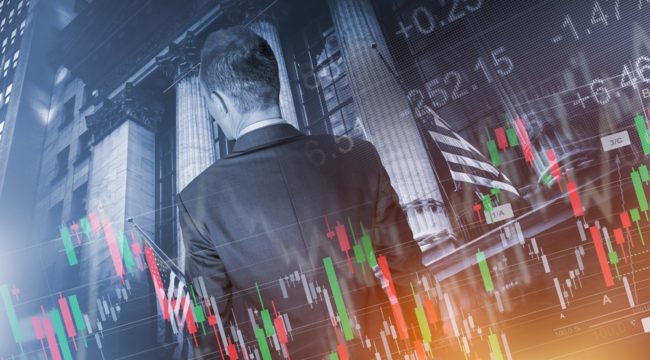 Suddenly… in a bolt from the blue… the British pound sterling plunged 6% in about two minutes. Oceans of sweat begin filling the trading floors.

A 1% or 2% daily move in an asset as liquid as the pound is banner news. And here… a 6% crash… in two minutes. Brexit was old news by that point. And even Brexit wasn’t that bad.

The streets were ultimately restored to order, and the pound brought to more solid footing — this time. But what about the next?

Welcome to the world of the “flash crash.”

A “flash crash,” defined by Wikipedia, is a “very rapid, deep and volatile fall in security prices occurring within an extremely short time period.”

What causes a flash crash?

“High-frequency trading, whose speed and interconnectedness can result in the loss and recovery of billions of dollars in a matter of minutes and seconds.”

Computer algorithms (algos) were the villain in the case at bar. Algorithms are preprogrammed software programs that let a computer “think” and trade for itself. The theory being that computers know best. They’re stone-cold traders, all head, no heart.

And the algos got it in their heads to dump the pound that day based on some bit of news. And it started the dominos toppling. Kathleen Brooks, research director at the financial betting firm City Index:

“Apparently, it was a rogue algorithm that triggered the sell-off… These days, some algos trade on the back of news sites… so a deluge of negative Brexit headlines could have led to an algo taking that as a major sell signal for the pound… Once the pound started moving lower, then more technical algos could have followed suit, compounding the short, sharp, selling pressure.”

The markets stabilized in each of these cases. But the danger is that one time — maybe next time — they won’t. What if the computers go out of their minds and the selling snowballs and snowballs before anyone can stop it?

Jim Rickards says the result “could be a market decline of 20% or more in a single day, comparable to the stock market crash of October 1987 or the crash of 1929.”

Jim uses the science of complexity to crunch markets. And he says to expect more flash crashes… including the big one:

This kind of sudden, unexpected crash that seems to emerge from nowhere is entirely consistent with the predictions of complexity theory. Increasing market scale correlates with exponentially larger market collapses…

The risk grows as computers take over trading…

“At least a third of trading [is] now driven by computers programmed to react to moves in the market or signals from social media and news outlets,” says Reuters, adding in its best Jim Rickards: “The potential for a self-reinforcing plunge is greater.”

But you can rest well knowing the Bank for International Settlements is already on the case. It hosted a gaggle of central bankers last month at their Basel HQ to tease the thing out. Said one attending grandee, on the condition of anonymity:

“The fact is the market is going more electronic, and things happen faster, and the ability to intervene as banks have in the past is taken away. So you are going to see more of these.”

“These,” of course, being flash crashes.

“It’s not obvious what to do,” added another John or Jane Doe of central banking. “At the moment, it is more about asking the question. I don’t think there is an obvious answer.”

At least they admit it. But if they don’t figure it out, and maybe soon, the danger is that the next crash could be much more than a flash…