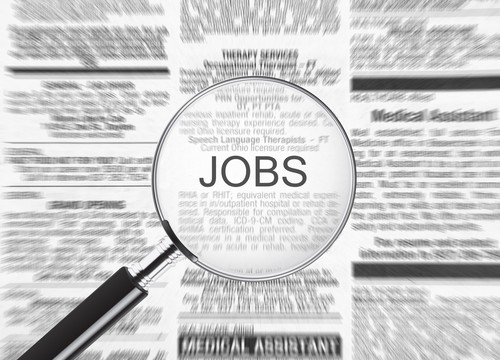 Are US Manufacturing Jobs Poised for a Comeback?

The New Jersey city that became the poster child for yawning budget deficits and high crime during our look at how the crisis could play out in your hometown… has now voted to disband its police force.

America’s most violent city, Camden, N.J., will lay off its entire police force, breaking all prior contracts, and begin to rely on a county-run force instead. Starting anew, the plan’s advocates say, will allow the city to add 130 more pairs of boots on the ground to respond to rampant crime.

“Shifting to a county-run force allows the city to negate the current contract and start from scratch with lower salaries and less benefits for officers.”

The Camden “plan is unproven, untested and unstudied,” one detractor told the HuffPost. “They’re playing mad scientist with people’s lives.”

“Camden, N.J., used to be the home to the entire Campbell’s Soup factory,” we wrote early last year, “It was home to RCA and the world’s first color television. They invented the drive-in movie theater. With almost full employment, innovation and massive manufacturing output, the mayor once proclaimed the place ‘the city of contented industries.’

“But just like what we’re seeing play out right now, they eventually got in over their heads…”

At the time, city leaders had already been forced to lay off a quarter of the city workers — including nearly half of the police force and one-third of the firefighters.

“The fear quotient has been raised,” said Rev. Heyward Wiggins, pastor of the local church. His fellowship once held choir practice on Thursday and Friday evenings. He canceled those. Members are simply too afraid of being out after dark.

Fellow Camden resident George Watson feared for his life… and home. He told the local news that “[Criminals will] be coming into the houses… they know you can’t call the cops. There won’t be any cops to call.”

And with the current plan, help is even further away.

In sharp contrast, manufacturing jobs will continue to grow by 5 million over the next decade, according to the Boston Consulting Group (BCG).

With ongoing worldwide labor riots, rising global wages and equalizing expenditures, the cost advantages for American companies to produce goods overseas are shrinking. And according to BCG, a mass migration of jobs back to the United States will be, and already is, taking place.

According to BCG’s “Made in America, Again” report, in less than three years, the US will have a cost advantage superior to Germany, Italy, France, the UK and Japan in several industries including machinery, chemicals, transportation equipment along with electrical and appliance equipment.

Overseas, the Chinese and Venezuelans have agreed to develop one of the world’s largest gold mines, together.

Last year, Venezuelan president for life Hugo Chavez recalled 200 tons of his gold reserves from the hands of “mafia and smugglers,” in a plan to end the “dictatorship” of the US dollar.

Chavez then announced an oil deal with China, allowing the Middle Kingdom to secure oil supplies in exchange for low-interest loans.

Yesterday, they announced they’re joining forces to mine Las Cristinas. In typically humble fashion, Chavez describes the mine as, “one of the biggest resources of gold that exists — not only in Venezuela, not only in Latin America… but in the world!”

The mine will be taken over by China International Trust and Investment Corp. (Citic).

The next bubble is looming over the global economy and may hit zero by the end of 2017. Here’s Jim Rickards on the Chinese credit bubble…