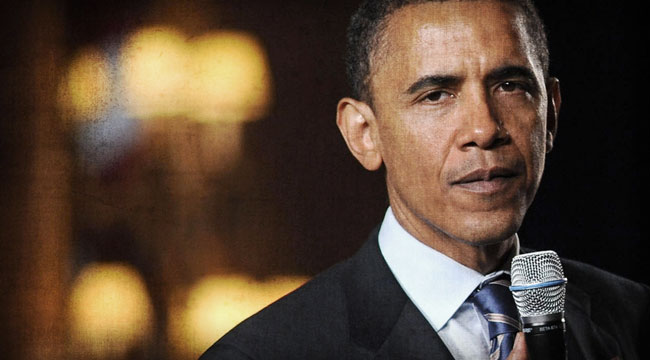 This reactive mode is the trap much of the establishment media fall into. “Trump is aware that journalists spend an inordinate amount of time on Twitter,” writes the freelance reporter Michael Tracey, “and that his tweets will be instantly picked up by all the typical news outlets; some low-grade, like CNN, but also the more ‘sophisticated’ highly esteemed journalists  —  everyone will frantically seize upon every crass Trump tweet, and use it to set the ‘tone’ of their coverage for the day. It’s all so mind-numbingly predictable at this point…

“If Trump muses about some nutty idea on Twitter,” Tracey goes on, “it doesn’t mean that he plans to actually implement this idea in terms of government policy. He could just be trying to get a rise out of people. And it usually works.”

And it allows him to set the media’s agenda, without the media even realizing it.

OK, I get all that. I really do. But dammit…

Rexnord of Indiana is moving to Mexico and rather viciously firing all of its 300 workers. This is happening all over our country. No more!

That was late on Friday. And it was the windup to a tweetstorm he unleashed yesterday.

We’ll do you the favor of reconstructing the follow-up tweets into something resembling a coherent sentence: “The U.S. is going to substantially reduce taxes and regulations on businesses, but any business that leaves our country for another country, fires its employees, builds a new factory or plant in the other country and then thinks it will sell its product back into the U.S. without retribution or consequence is WRONG!”

And: “There will be a tax on our soon-to-be-strong border of 35% for these companies wanting to sell their product, cars, AC units, etc., back across the border.”

This isn’t Trump “musing about some nutty idea.” It’s one of the few issues on which his rhetoric has been consistent ever since he launched his campaign.

Will the courts act to check his power? The BBC’s coverage drily states: “Experts have warned that the president-elect will face legal challenges if he tries to impose tariffs on specific companies without congressional approval.”

But who’s to say Trump wouldn’t prevail under those court challenges?

Hold that thought for the moment…

“Special interest crony capitalism is one big fail,”wrote Sarah Palin on Friday after news of the sweetheart deal keeping a Carrier furnace factory in Indiana. “Burdensome federal government imposition is never the solution.”

To be clear, she wasn’t saying the Carrier deal is crony capitalism. “We don’t yet know terms of the public/private deal that was cut to make the company stay,” she went out of her way to say. After all, she’s still under consideration for a Cabinet gig — heh…

We already know enough about the terms that we have no problem calling the deal crony capitalism. Carrier will get $7 million in “incentives” — mostly tax credits — from the state of Indiana, whose current governor is the incoming vice president.

We’re all for lower taxes, but we’d rather see them applied across the board rather than doled out on a case-by-case basis — in this case, the incoming administration seeking a quick-and-dirty PR coup.

Too, there’s the fact Carrier’s parent United Technologies is a huge defense contractor. We’re sure there was much hand-wringing in the UTX boardroom about whether they’d miss out on Trump’s plans for a new military-spending bonanza.

“The free market has been sorting it out and America’s been losing,” Vice President-elect Pence told The New York Times after the Carrier deal. Trump was in the room and chimed in, “Every time, every time.”

The reasons behind the “offshoring” of American jobs these last 35 or 40 years are wickedly complex — more than time allows for today. Suffice to say that even if the “free market” were to blame, trade barriers sure as hell aren’t the answer.

Earlier this year, it was noted how the Obama administration imposed new duties on cold-rolled steel — the kind that’s used to make auto parts, appliances and shipping containers — from seven countries. The tariffs on Chinese steel were set at a staggering 266%.

Within three months, steel imports were down 29% from a year earlier. But The Wall Street Journal pointed out how the tariffs were “raising costs for manufacturers of goods ranging from oil pipes to factory equipment to cars.”

No one ever learns. In 2002, the Bush administration imposed steel tariffs in a crude effort to help Republican congressmen win re-election in Ohio, Pennsylvania and West Virginia. Research by the Institute for International Economics found the tariffs saved 3,500 steel jobs. But industries that relied on cheap imported steel cut at least 12,000 jobs — perhaps as many as 43,000.

Still… how much power does Trump have to enforce his will? Can he really impose penalties on individual companies without input from Congress?

The president-elect might well resort to Executive Order 13603 — signed by the current occupant of the office.

We took note when it happened in March 2012. Conservative media were of two minds on this “EO.” The Washington Examiner said it “gives the executive branch the power to control and allocate energy, production, transportation, food and even water resources by decree under the auspices of national defense and national security.”

“The general impact of it is negligible,” countered Ed Morrissey at Hot Air. “This EO simply updates another EO (12919) that had been in place since June 1994, and amended several times since.”

Then and now, we were agnostic on the matter. But we noted that EO 13603 cited a law you’ve probably never heard of for its authority — the Defense Production Act of 1950.

It was the Defense Production Act that was behind one of the most blatant presidential power grabs in the decades after World War II and before Sept. 11.

President Harry Truman tried to nationalize the steel mills in 1952. He justified it as a wartime measure; the conflict in Korea was raging at the time. The Supreme Court slapped him down in a 6-3 decision. Justice Tom Campbell Clark said the Defense Production Act didn’t authorize such a drastic act.

In 2012, we wondered whether the Obama administration might have been itching for a new test case. In the end, they didn’t push it.

Now? It wouldn’t surprise us at all to see Team Trump pull EO 13603 out of the Oval Office drawer. Because, you know, America loses every time the free market sorts it out.

So if you’re a CEO knowing the new administration plans to pick winners and losers… and you don’t know whether Trump will get a bee in his bonnet and put you in his sights next… or whether the courts will come to your defense if he does… how likely are you to expand your business or hire new workers?

The economic historian Robert Higgs calls this phenomenon “regime uncertainty” — when business owners pull in their horns because they have no idea what the regime will do next.

The “Trump bump” of November notwithstanding… that doesn’t bode well for the stock market over the next four years, does it?