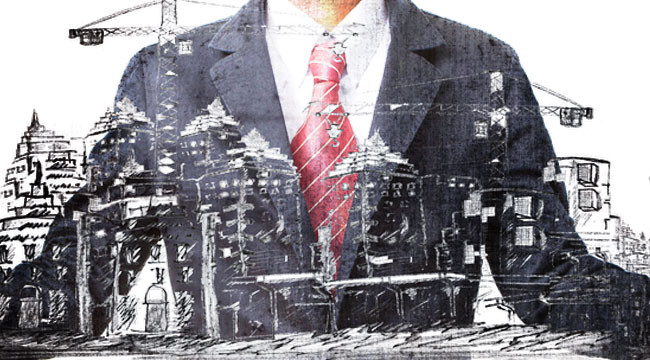 Anarchy: The Basis for a Civilized Society, Part I

Crispin Sartwell is someone you should know. He is doing important work in recovering forgotten greats in America’s anti-authoritarian tradition. Among other works, he’s put forward a lean and powerful book titled Against the State.

In what follows, you’ll see why he’s my favorite living philosopher. Sartwell will take you on an intellectual tour de force covering quirky politics and people from a neglected part of America’s history.

I went to visit Crispin Sartwell at his house, a converted 19th-century schoolhouse that sits on a quiet country road amid lush cornfields northeast of Gettysburg. Sartwell is a professor at nearby Dickinson College, but you’d never guess it. He was unassuming and totally casual. It was like I was meeting an old friend.

Once inside, Sartwell fixed me a cup of tea, and we sat at his kitchen table by the window, on which sat a fruit bowl full of delicious local donut peaches, and talked about all things liberty.

We began with the big picture.

The cover of The Economist featured a story titled “Liberty’s Lost Decade,” marking Sept. 11 as the beginning of a great loss of freedom in the U.S. I started by asking Sartwell if he thought liberty was losing ground to the state.

“Absolutely,” he said. “I wish that the structure of history was moving toward liberty. I fear not, though. State power has consolidated in the U.S. after Sept. 11 in a scary way.”

Yet there are countervailing movements. I asked him about the Occupy and tea party movements, for example. He said:

“I was very heartened by Occupy and by the tea party. It’s hard to find people who appreciate both, because most people are looking at everything from a left-right spectrum. But I saw them as having a lot of commonalities. They both kind of petered out, or have been co-opted by more mainstream forms, but I thought they were both heartening.

“Personally, I like to see the rise of Rand Paul. I’m amazed that man is in the U.S. Senate. It was outstanding that Ron Paul was in Congress all those decades. To elect someone who is pretty much a straight-up libertarian to the U.S. Senate, that’s an amazing success for that side of the spectrum. But people are so bewildered by the left-right thing that people who should otherwise be able to regard Rand Paul as important are going to disregard him as a crazy right-wing nut.”

The left-right spectrum has been something Sartwell has been writing about in his blog and books. It’s the main lens through which people tend to sift political opinion. And it has major flaws. Sartwell explains:

“I think the whole left-right way of understanding politics has been incredibly unfortunate. It obscures many similarities and papers over many differences on both ends. The left-right spectrum was more or less invented by the left in the late 19th century, probably. The first use of left-right in the modern sense, in English, was by Thomas Carlyle in 1837. The concept dates from a little earlier than that in France. It was used to account for the different factions in the French Revolution.

“That way of thinking about politics is also associated with Marxism in the late 19th century as capitalism versus anti-capitalism. That’s one way to think about the spectrum, I suppose. But in application to contemporary positions, the left-right spectrum forces everybody into an enthusiasm for one kind of hierarchy or another. It’s either a capitalist-corporate hierarchy or a state-oriented political hierarchy. That appears to be your choices. But there have to be spots outside that spectrum where you’re skeptical of any and all forms of power and hierarchy. And that’s what I’m looking for.”

This brings us to one of Sartwell’s excellent books, Against the State: An Introduction to Anarchist Political Theory. Anarchism doesn’t fit the left-right spectrum either, I said. Sartwell gave his take:

“Well, people try to make it fit. A lot of anarchists I know are uncomfortable with my take on anarchism because a lot of people who identify with anarchism now are anti-capitalist. They tend to be younger folks, Occupy types and anti-globalization people. When they think of anarchism, they think of a far-left anti-capitalism. They are less concerned with this question of state power that, for a lot of traditional anarchists, would be definitional.

“I regard libertarianism and left-anarchism as potentially compatible positions. They have obvious commonalities. Both are highly skeptical of state power or authority in general. That’s one reason I’m looking at these figures that came before the left-right way of conceiving the political spectrum came about. People like Thoreau, let’s say. You couldn’t call him a progressive because there was no such category in 1850. But he was an abolitionist. He certainly supported feminism. He supported everything that would be considered progressive reform, but he’s an individualist.

“Thoreau combines these elements that are central in the American political tradition but are now obscured. He combined an individualism that we now think of as right-wing with various positions of human liberation that we would tend to think of as left-wing. That, to me, is a perfectly coherent philosophy. There doesn’t seem to be any conceptual tension in that.”

I pointed out that anarchists could coexist with many sorts of social and political styles. The basic point, it seems to me, is that no one is forced to be a part of anything. All kinds of social arrangements might exist.

“Precisely,” Sartwell agreed. “This is an advantage of anarchist political theory, in my view. We don’t have to design the future. We can try to find out how people want to live and how successful they are.”

This brings us to the question of how practical anarchism is. The chief objection all anarchists face is the charge that we’re pie-in-sky crazy types. Sartwell says even if anarchism were not practical, it doesn’t follow that it has no value.

“Just the skepticism of power that’s involved in the basic stance of anarchism is something we need all the time,” he said. “I think an anti-authoritarian streak is always worthwhile in the discussion.”

This is not to put aside the question of practical application.

“In some ways, I underestimated the positive possibilities of anarchism,” Sartwell admits.

In this, we both shared a similar evolution. He pointed to the works of anthropologists James Scott and David Graeber, whose work independently has shown how anarchism has worked in a variety of settings.

“[Reading Graeber and Scott,] you just become aware of the anti-authoritarian or nonauthoritarian ways in which people have actually organized,” Sartwell says, “including in our lives now.”

Bowling leagues, to use an example from Sartwell’s book, are anarchist organizations. They are completely voluntary. No one is forced to join. So when you think about it, our lives are full of anarchist organizations built on voluntary foundations. Suddenly, anarchism doesn’t seem like such a radical idea. You come to appreciate that the basis of civilized society is anarchic to its core.

“There is this whole anti-authoritarian history. It just hasn’t been written,” Sartwell said.

An important point we talked about was just how far an anarchist political philosophy ought to go. Most of the time, anarchists seem like relentless critics of existing institutions and societal structures. People tend to think of anarchists as engaged in mindless destruction. But Sartwell has an artful retort.

“Anarchism is mindful destruction,” he writes in his book. “It is precisely its refusal to shape and impose a future that distinguishes anarchism from ideologies.

“I don’t think there should be an anarchist political philosophy that’s going to tell you what the future is going to be like once we release you from state power or whatever,” Sartwell said.

This can be a weakness when debating with statists, I pointed out, who want us to tell them what an anarchist world will look like.

“My mother’s been pounding on me like that since I was 12,” Sartwell laughed. “I know all about that!”

On that note, we’ll end it for today. Keep an eye on your inbox tomorrow for the second part of my interview.

The Triumph of Politics Over Science

After WWII, leading economists warned the U.S. would plunge back into depression without the massive wartime government spending. They were wrong, using faulty models. Today America’s no.1 futurist, George Gilder, argues that a different set of faulty models is wreaking economic havoc.