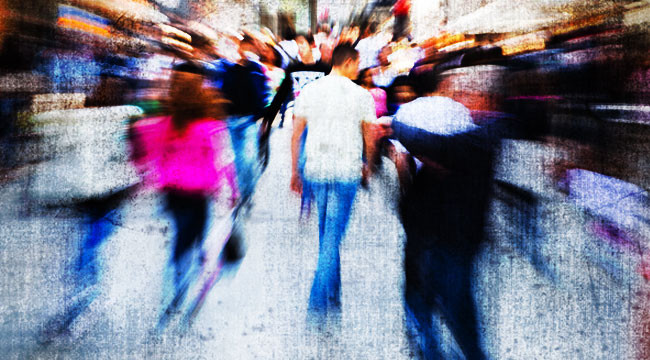 Anarchy: The Basis for a Civilized Society, Part 2

The position that there need be a state is too often taken for granted.

The main body of Sartwell’s book Against the State is dedicated to destroying the arguments for a state from the likes of Hobbes, Rousseau and Hegel. In fact, one thing that becomes crystal clear in reading Sartwell’s book is how bad the classical theories of the state are.

“Amazingly bad,” Sartwell said. “It’s shocking, really. The way the book came about was that I taught a basic political philosophy course for three or four years. Every time I read Rousseau, Locke or Hobbes… I’m saying to myself, ‘This is so bad. Don’t people realize how bad this is?’ I think what goes wrong is that these figures — Locke or Hobbes or Hume — are so secure in their position [that there must be a state] that all they have to do is wave in that direction and people will follow. One function of anarchism, it seems to me, is to put forward challenges to them. There have been some who have tried. Robert Nozick at least tried to articulate an alternative. There have been people who have tried to bring anarchism to the mainstream, but it’s always been marginalized because it sounds so crazy to people.”

I asked Sartwell what he thought was the stronger argument for anarchism: a moral argument against force and violence or a more utilitarian defense based on outcomes.

“I think the moral argument is the stronger,” he said. “That’s the center of my commitment, anyway. The problem with utilitarian arguments is how do you really judge? Look at what’s happening now. How do you really know what the effects of what the U.S. government is doing now are going to be, say, over a century? You can’t really know. I like to turn those utilitarian arguments around on state. You start talking about the disasters of states. Holocausts. Genocides. World wars.”

In his book, Sartwell cites the work of Matthew White on the mass killings of the 20th century. It’s a blood-soaked indictment against states. Safe to say it’s hard to imagine such large-scale slaughter happening in a world without states.

“It’s not completely unimaginable,” Sartwell ventured, “but you have to have a very organized body of people to come up with nuclear weapons or the Final Solution. It’s going to have to be something that is, in effect, a state anyway. And in fact, the only bodies of people who have perpetuated death on such a scale are states.”

I agreed that the moral arguments are stronger. I mentioned one of my favorites, Lysander Spooner (1808-1887), to whom Sartwell makes reference in his book. Spooner is a good old-fashioned natural rights-based anarchist, relying on the language and concepts used by the Founding Fathers and Enlightenment figures that man has certain inalienable rights.

“Spooner is so amazing on that,” Sartwell agreed. “You give him some minimal concept of natural rights, and everything else flows from that. It’s almost Euclidean. As a philosophy professor, I worry about its conceptual underpinnings. I can’t formulate a philosophy that makes natural rights obvious.”

“You don’t have to have a concept of natural rights to say that,” Sartwell points out. “But natural rights are a compelling way to formulate why that should be.”

This brought us to one of Sartwell’s favorites, Josiah Warren (1798-1874), a remarkable figure and a wonderful human being in the anti-authoritarian tradition. Josiah often gets credit for being the first secular American anarchist.

Sartwell has edited a great book of his writings with a lengthy and useful introduction as well as various notes. I highly recommend this book. (It’s called The Practical Anarchist: Writings of Josiah Warren. A true labor of love, Sartwell edited all of Warren’s writings and pared them down to a healthy sample of the most important ones. What remains are sparkles of clarity and one of the most extreme individualist philosophies you will find in American letters.)

Warren too builds his individualism on moral grounds.

I mentioned that Warren is the first secular anarchist in America, at least that we know about. But many people don’t know the history of anti-authoritarian thought in America and how much of it sprang from the Protestant Reformation. Sartwell explains the fascinating link:

“I have a certain reading of this American libertarian or anti-authoritarian tradition that does trace from the Protest Reformation. Luther’s teaching was that each person is his own priest and that there need be no hierarchy between a believer and the believer’s god. It was a very radical idea. And very anti-Catholic, obviously. Although there are elements of that kind of dissent even from the very early days of Christianity.

“Luther himself allied with the state powers and princes in northern Europe to survive the onslaught of the Catholic Church, which is why the Reformation was more successful than other rebellions had been previously. But many radical figures in the Reformation extended that kind of anti-authoritarianism to political institutions. This would include groups that later came to the U.S., such as the Mennonites; Anabaptists; and, even later, the Quakers.

“These are radical groups that came here with an individualist kind of ethos. So there was an immensely complicated religious geography in early America. But it is primarily British Protestant of one sort or another. This is central to the whole American political tradition and central to the idea of natural rights. John Locke, for example, comes from a Puritan background. But this early American anti-authoritarianism is a more emotional, focused, and less educated version of individualism, and it is faith-based…

“For example, a Quaker believes, ‘My conscience is not answerable to any outside authority.’ This thought drove Lucretia Mott [a great 19th-century feminist and abolitionist], drove early feminism and early abolitionism, and is secularized in Thoreau’s Civil Disobedience…

“This is the history I’m trying to uncover, not that I’m the first to try to do this. I want to draw out these connections in early 19th-century reform movements… And you can see this also as the growth of libertarianism. It is a very noble history, actually.”

“William Lloyd Garrison is a fascinating figure,” Sartwell said. “He is one of the most important political figures in 19th-century America. He is an absolute pacifist, one of the first to articulate it, and a radical individualist of this very Protestant variety. He’s over-the-top for Jesus. Lysander Spooner, by contrast, is a deist or an atheist, perhaps… He’s got a completely different orientation, but still emerges out of the same tradition and has the same basic commitment to individualism.”

We talked how many of these anti-authoritarian figures tended to be on the right side of history.

“They tended to be,” Sartwell said. “Absolutely. You can’t be an individualist and be an advocate of slavery, not with any consistency, anyway.”

In his excellent introduction to his book on Josiah Warren, Sartwell writes almost poetically about the beauty of individualism as against the abstractions of statists:

Although Sartwell is describing Warren’s philosophy, I offered that this sounded a lot like Sartwell. As the old saying goes, there is no political philosophy, only autobiography.

“Yeah, that sounds like me,” he said. “Josiah Warren goes far with individualism. It’s not just a philosophy for him. It’s a metaphysic. He appreciates things in their specificity. You see the same thing in Thoreau. His commitment to the specific observation of the real world is total. That’s what he’s interested in. It’s a whole way of comporting yourself in the universe. It’s about really understanding the position you are in and not covering it up with abstractions.”

Such noble thoughts seem a long way from the Snowden-Manning-Abu Ghraib-drone fest we live in today. We finished our conversation where it began, marveling at the backlash to Snowden and the encroachments of state power.

“Not enough people are asking those questions anymore!” Sartwell said.

When I said we were perhaps fighting a rear-guard action as anarchists, Sartwell said, “Maybe not. Maybe we’re the future.”

You can follow Sartwell at his blog at http://eyeofthestorm.blogs.com/. I am a regular reader, and that’s the best endorsement I can give. He also has another blog with longer essays at http://www.crispinsartwell.com/. On the latter site, I’d recommend you at least check out “a pantheon of American anti-authoritarians, 1820-1850.” I guarantee you’ll learn about some history — and meet amazing characters — that you knew nothing about before. In the same vein, don’t miss his paper on “abolitionist saints, anarchist freaks, and feminist ass-kickers.” Print ’em out, find a comfortable chair, grab an adult beverage, and enjoy.