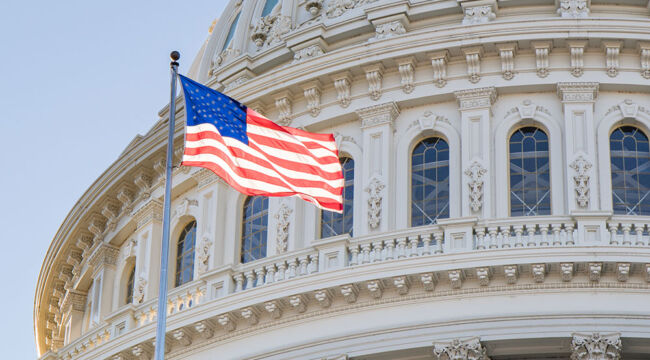 If true — we suspect it is — the United States is a nation of scoundrels, cads, wastrels and spongers.

For the nation has a spendthrift government perpetually on the borrow, perpetually holding out an empty hat.

This was true before the virus invaded its shores. Now all previous projections go into the fireplace, discarded and useless.

In 2018 —  merely two years past —  the Congressional Budget Office (CBO) projected the national debt would exceed $23 trillion by 2020. Exceed.

We suspect the 2018 forecast was intended to raise the hair. Yet here we are in 2020… staggering, groaning under a $27 trillion debt… which counts higher with each swing of the clock.

It is not merely “more.”

Yet somehow the business seems beyond all human agency, beyond all control. ‘What can I do?’  a fellow wonders. His shoulders he shrugs. His head he bows.

He may cluck-cluck his opposition to it all — and who does not?

The Modern Monetary Theory zanies may not oppose it. They would argue greater debt is the proper medicine. But they are not our concern today. Come back to our normal man…

He is largely a man resigned.

Besides, he bellows, today’s obscene debts are the fault of the big-spending politicians sitting at Washington. Not himself.

But are they? Is the glad-handing, vote-seeking politician solely to blame for the nation’s desperate finances?

No, argues Paul Van de Water, senior fellow at the Center on Budget and Policy Priorities.

Look thyself in the mirror, citizen, says he:

That is, the average voter sniffs the free lunch… and orders up a plateful.

We must agree with this analysis.

The cost-free lunch has eternal appeal. It is a painless gain… and what a gain it can be.

Once it goes upon the menu it never comes off. But ultimately the waiter lays the check upon the table… as warned Mr. Benjamin Franklin:

When the people find that they can vote themselves money that will herald the end of the republic.

And in Aristotle’s telling:

Do we condemn the voter for biting the bait? No, we do not pass judgment — we have yet to decline an expenseless meal.

We merely observe… and reflect.

But is it necessarily in the nature of democracies to run down the nation’s finances — to lunch free of charge?

Perhaps it is not democracy as such to blame… but the character of a particular people.

Ancient Athens — a democracy (with noticeable exceptions) — amassed a vast public treasury in its Golden Age.

That treasury remained unmolested until the Peloponnesian War, though it was perpetually there for the taking. The citizens of Athens were free to vote themselves the bounty as they pleased.

Yet they did not.

Author Freeman Tilden, from his neglected 1935 masterwork A World in Debt:

At one time the Athenians had in their citadel more than 10,000 talents of silver [roughly $165 million in 2016 dollars]; and what is more significant, they did not tap the resources until forced by the necessity of war.

What an ambitious and high-spirited people was this, to collect and keep in their treasury a sum which it was every day in the power of the citizens, by a single vote, to distribute among themselves!

Nor did Athens resort to swindle in its bleakest hour — no clipping of coins, no debasing the currency. Again, Tilden:

The most brilliant democrats that ever lived, the Athenians, made tragic mistakes of policy… But with all their blunders, the Athenians never, as free men, indulged in the final madness of debasing their currency: They never became swindlers… Athens rose in trade by means of establishing good credit and by safeguarding the honor of her coin. In the most terrible years of her history, when the treasury was empty… she was indeed obliged to strike emergency coins of gold and bronze, but never consented to debase her coinage.

Safeguarding the honor of its coin? Might the Federal Reserve take notice? Might we… the American people… take notice?

The United States dollar has lost some 95% of its value since the Federal Reserve came on duty in 1913.

Yet out of respect for the nation’s monetary authority and the high dignity of its office… we refrain.

But this question we will ask: Were the ancients hammered from nobler metal than us moderns? Had they greater virtue?

Again, we refer you to Athens. Yes, it murdered a Socrates. But its people kept their hands in their pockets.

So much for Greeks. But what of Rome?

Republican Rome was their model.

But was not Rome a bedlam of vice and debauchery? Did not Nero fiddle while Rome burned?

Did not Caligula famously name his horse a consul? Was Rome not corrupted by its bread and its circuses?

Yes, yes and yes. And yes. But America’s Founders looked to the early Roman Republic for its example — before Caesar went across the Rubicon River… before Nero fiddled.

Virtue, honor, public service were the pole stars, the North stars of the early Roman Republic.

Consider the Battle of Cannae in 216 B.C.

Hannibal was moving on Rome. He met the Roman army at Cannae, the other side of the Italian boot from Rome.

Rome lost perhaps 50,000 men to Hannibal’s berserkers in one single day (Roman soldiers went actually mad, digging holes in the ground and lowering their heads into them, ostrich-like, to shut out the carnage surrounding them).

Once again for emphasis… Rome withstood 50,000 dead in one single day.

America scarcely exceeded that one-day bloodletting in a decade of Vietnam.

Was it merely the underclass, the rabble of Rome that died for its glory that day?

It was not. The Roman Senate lost nearly one-third of its members in the Battle of Cannae.

“This suggests,” notes historian Peter Turchin, “that the senatorial aristocracy was more likely to be killed in wars than the average citizen.”

If a nation gets the government it deserves…we must conclude the citizens of the early Roman Republic were a deserving lot.

Imagine — for one passing moment if you can — a United States senator on the front lines of battle.

Then return to your sober senses.

Meantime, Turchin informs us that the wealth of Rome’s top 1% was perhaps 10–20 times a commoner’s at the height of the Roman Republic.

By the time of Rome’s terminal imperial decline… that figure may have risen to 10,000 times.

Have you seen the latest income discrepancies?

“If You Can Keep It”

America’s numbers are not quite so out of joint — yet. But this we must ask:

Legend holds that a grand Philadelphia belle confronted the aforesaid Benjamin Franklin as he vacated the Constitutional Convention in September 1787.

Legend further claims she asked old Ben what form of government the assembled had handed the American people.