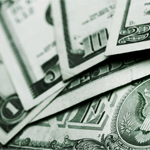 An Infinite Amount of Money

I am often asked, “How can anyone not see the problems of growing debt in the US? Why can’t we get a consensus to change?”

Part of the problem is that too many in power just don’t see the impending crisis that you and I see, or at least they don’t see the need to act now. That is changing — or so I thought until I read a most inexplicable statement by the billionaire entrepreneur mayor of NYC, Michael Bloomberg. This is the sort of thing that causes me to despair. Here we have a supposedly (well, relatively) fiscally conservative politician, someone who is no stranger to financial circles, giving us these off-the-cuff remarks last week, commenting on whether sequestration will affect the NYC budget:

“It depends on how long,” Mr. Bloomberg said on his weekly WOR radio show with John Gambling. “If it lasts a few weeks, no. If it [lasts longer], yeah. We get 10 or 12 percent of our budget from the federal government, not all of that is going to be cut back, but there would be effects — not good effects. But in the context of, ‘Is anything going to change tomorrow? Are we going to run out of money tomorrow?’ I’m sure I’ll get that question at the [next] press conference. No.”

Furthermore, while saying the federal deficit does indeed need to be curtailed, Mr. Bloomberg argued the United States could owe “an infinite amount of money” and there is no specific amount that would cause the country to default.

“We are spending money we don’t have,” Mr. Bloomberg explained. “It’s not like your household. In your household, people are saying, ‘Oh, you can’t spend money you don’t have.’ That is true for your household because nobody is going to lend you an infinite amount of money. When it comes to the United States federal government, people do seem willing to lend us an infinite amount of money… Our debt is so big and so many people own it that it’s preposterous to think that they would stop selling us more. It’s the old story: If you owe the bank $50,000, you got a problem. If you owe the bank $50 million, they got a problem. And that’s a problem for the lenders. They can’t stop lending us more money.” (Observer.com)

I am not sure what his understanding of the word infinite is, but I am pretty sure he is not using the word to mean “limitless or endless in space, extent, or size; impossible to measure or calculate.” In the few times I have met him, he has seemed quite reasonable and in command of the English language. I think he was speaking in a metaphorical sense, as in, there is (to his mind) no practical limit. I certainly hope he was.

I am reminded of Vice-President Dick Cheney’s comment that “deficits don’t matter.” He is right if the deficit never grows past the rate of the growth of the country (nominal GDP). It might not be wise to approach that limit, but it would not necessarily be a disaster. And, to be charitable to Cheney, I’m sure it never occurred to him that the US could run a deficit close to 10% of GDP. Such a notion would have been preposterous to him. Unthinkable. The US government would pull back from anything even close to that. And that remained true — until it happened and we didn’t pull back.

And that is the problem. Too many of our leaders do not yet think we have approached the limit — hey, we’re not to infinity yet! The political and economic repercussions of restraining ourselves are just too difficult for some of us to resist pushing the limits a little further. Too many in the current administration appear to truly believe that even minor spending cuts (and I mean just cuts to the increase in spending, not actual cuts!) will bring about calamity.

Spending cuts will indeed reduce potential GDP in the short run. And for most politicians, the short run is the world they live in. But at some point, the short run gets longer, and as infinity approaches, the bond markets get very antsy.

Greece protested against the austerity imposed on them. But what choice did they have? If they did not cut their budget, the rest of Europe would not fund the new debt they needed. It is not a God-given right for Greeks to expect Germans (and the rest of Europe) to fund their lifestyle. So the bond markets simply stopped funding Greek debt. Unless the Greeks had agreed to austerity (known in some circles as “reality”), the budget cuts would have been far larger, as Greece cannot print its own currency. The rest of Europe gave Greece money to avoid the potential debacle of a disorderly exit from the euro, but they did extract a price. The object of the process was to get Greece back to a place where it could fund itself with a smaller government budget.

Austerity is not fun. Ask any teenager whose parents have set limits where previously there have been few or none. Tantrums ensue. It is kind of like the five stages of grief: denial, anger, bargaining, depression and acceptance. Except that when you are talking about seriously over-indebted governments, the depression (pardon the pun) can last a lot longer than any other stage.

Bloomberg and those who think like him project our current experience into the far future. “Look at interest rates,” they say; “they are telling us the markets are just fine with the levels of US debt and the deficit.” And they are right; there are no bond-market issues now. But those of us with an eye on history know that is not unusual. Bond markets are typically sanguine right up until the BANG! moment. Then they are not. Bloomberg is right to say there is no specific amount of debt that would cause the markets to cease funding us. Would that there were some convenient, unmistakable line we could see as we approached it. But the experience of over 250 debt crises over the past few hundred years tells us that there is no specific point when the markets lose confidence in a government’s debt. When it happens, though, it is ferocious in its intensity.

That is why I and others are so deeply worried about Japan. The level of denial is majestic. The newly nominated governor of the Bank of Japan, Haruhiko Kuroda, has openly espoused the printing of money and monetization of debt. And Kikuo Iwata, one of the government’s nominees for central bank deputy governor, said the Bank of Japan should buy longer-term bonds to help it achieve a two-percent inflation target.

They both suggest that the monetization planned for 2014 under the old regime could be accelerated into the present. As if to reinforce the perception that Japan can borrow an infinite amount of money, the yield on Japan’s ten-year bond has fallen to 0.585%, the lowest in a decade. If the bond market is so compliant in the face of imminent massive monetization, what could possibly go wrong? The amount of debt Japan has amassed has now topped one quadrillion yen. Not trillion with a T but quadrillion with a Q, which letter coincidentally also begins the word questionable. You can see for yourself how confident bond buyers are, in this chart:

Infinite means “without limit.” If Japan can borrow such sums at a 240% debt-to-GDP ratio, the thinking surely goes, the US can borrow a few trillion more — or perhaps even an infinite number of trillions. And we have such a long way to go before we even get to a quadrillion!

I warned in Endgame two years ago that the markets could lose patience in 2014 if they do not see a serious attempt to curtail the US deficit. The recent gold standard for a bearish mindset, my friend Nouriel Roubini, told me he thinks I am being too pessimistic — we can probably get through to 2015.

If we do indeed see some movement toward deficit reduction, then our date with destiny can be postponed for quite some time. If over time we can bring the deficit back to below nominal GDP, a true debt crisis can be averted. If pressed, I am sure Mayor Bloomberg would now express regret at using the words infinite and debt in the same sentence. I doubt he actually believes what he said; rather (I generously assume), he was trying to make the point that the current sequestration will not bring on a debt crisis.

Until we get enough leaders to press the point, leaders like Simpson and Bowles, et al., we will dig an ever-deeper hole for our children; and if we don’t stop digging pretty soon, we will find ourselves in that hole. Past performance is not indicative of future results: it is not preposterous to think there might be limits.