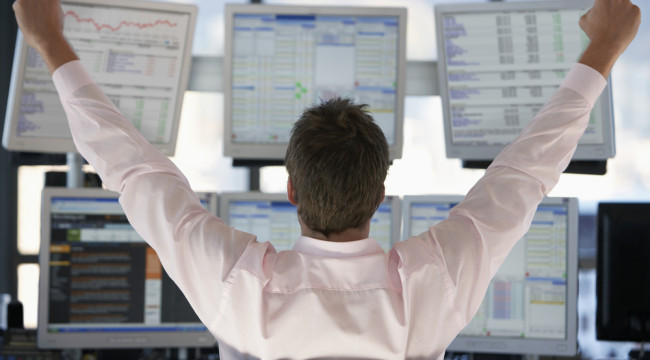 We interrupt what’s too often a daily dirge of economic and financial folly… to bring you what might be good news. Maybe even great news.

The Securities and Exchange Commission has approved new rules with the potential to liberate small business… unleash the American spirit of innovation anew… and maybe even drag the nation out of its eight-year economic funk.

“What if you could be your own venture capitalist, risking a small chunk of your portfolio?” mused our executive publisher Addison Wiggin in 2013.

Naturally, the government claimed it was for your own good.

“These laws were enacted to protect unsophisticated investors from fraud,” wrote Paul Spinrad at O’Reilly Media in 2011, “but they also prevent people from investing in small businesses in their own neighborhoods, or garage ventures launched out of communities of interest that they belong to — despite the likelihood that their personal ties to such investments [gives] them a better basis for evaluating risk (and contributing to success) than some mass of SEC filings cooked up in an office somewhere.”

In a brief and too-rare moment of collective sanity, Congress passed and President Obama signed the Jumpstart Our Business Startups (JOBS) Act in April 2012 — repealing those for-your-own-good rules.

“The act,” wrote Chris Anderson in his 2012 book Makers: The New Industrial Revolution, “makes it easier for small companies to use regulated Web-funded crowdfunding sites such as RocketHub, Crowdfunder and Launcht to raise up to $1 million in investment money from regular people.”

Just one problem: Congress delegated the responsibility for drawing up the regulations for crowdfunding sites to… the SEC.

The SEC chair at the time, Mary Schapiro, was openly hostile to the law, claiming it “would eliminate important protections for investors.” The crowdfunding provisions in particular got under her skin. “Internal emails made available after congressional requests suggest she may have helped derail rule-making in this area,” reported The Economist.

Having done her part to stymie small business on behalf of Wall Street, Schapiro left the administration at the end of 2012… and took a consulting gig on Wall Street.

The longer the feds dithered, the more it opened the door to fiascoes like Oculus.

Many startups have gone the crowdfunding route in recent years — they just couldn’t give their “investors” an ownership stake. Entrepreneurs would go to a website like Kickstarter and describe the gizmo they wanted to build. Ordinary people would then chip in money in exchange for dibs on the first models produced.

In August 2012, a plucky startup called Oculus made a pitch on Kickstarter for a virtual-reality gaming headset. Some people stumped up $25 and got a thank-you T-shirt. Thousands of others forked over $300 to receive an early “developer kit” with a prototype headset and access to software development tools to build games. The effort raised $2.4 million in seed money.

The headset was a smash hit. In March of 2014, Oculus agreed to be taken over by Facebook for $2 billion — 833 times the initial money raised. 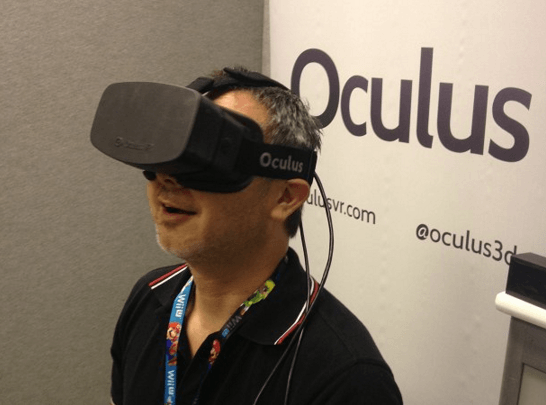 The Oculus headset: A crowdfunding success — but not for the people who funded it.

And none of those early “investors” — 9,522 of them — would see a dime. We imagine more than one said, “I invested in an awesome startup and all I got was this lousy T-shirt.”

But at long last, “equity crowdfunding” — where early investors can have an ownership stake — is about to become reality.

As noted earlier, the SEC is voting this very day on the final version of its crowdfunding rules. “The new rule,” says The Wall Street Journal, “would allow anyone to invest up to $2,000 or 5% of their annual income or net worth, whichever is greater, in small-scale fundraising projects up to $1 million in a 12-month period.”

No longer will budding entrepreneurs have to prostrate themselves in front of bankers or hand over a stake in their company to venture capital investors before they ever get off the ground.

Of course, the devil will be in the details… and we’re still waiting for those details to be posted in the Federal Register.

An ominous sign: One proposed version of the rules last year ran 585 pages.

Said an article at the British website Every Investor, “Even when [the U.S. regulations] are implemented, experts widely think that they are so flawed that unless amended, they will prevent equity crowdfunding from emerging as a force there.”

The SEC even ran estimates of the costs entrepreneurs would have to fork over to lawyers, accountants and such to comply with the rules.

And what hoops might investors have to jump through?

We’re always on the lookout for the best investing opportunities, and our hopes for equity crowdfunding have risen and fallen ever since its first mention here in The 5 nearly four years ago.

Right now our hopes are high… but they’re tempered by experience. We’ll keep you posted in the weeks and months ahead.